by Brian Hieggelke
November 1, 2007Filed under: 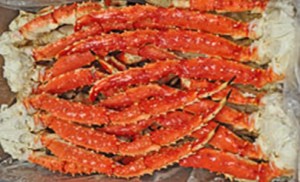 Due to budgetary constraints I can’t buy you a car. Or even a $40 box of croissants from William Sonoma that Oprah loved so much in 2005. Hell, I can’t even tell you if her old personal chef Art Smith’s parmesan goat-cheese biscuits are any good, because scoring reservations to his new spot Table 52 is the culinary equivalent to nabbing Miley Cyrus tickets.

Though, in the spirit of the big O, I can tell you about those bites and dishes that have inspired me lately, the ones I didn’t have space to dedicate a whole column to and have somehow escaped mention. The good news is that most of this stuff is cheap enough that you can afford them without filing a personal line item on Mayor Daley’s 2008 city budget proposal. Though with alderman scheduled to receive a doubling of their office operating budgets as part of the plan, why wouldn’t you try?

Egg Roll, Nathan’s Noodles, 685 North York, Elmhurst, (630)834-1966
The egg roll (not the spring roll) served at this Elmhurst strip-mall stalwart is the best I’ve ever had in Chicagoland including Chinatown or Argyle Street. Stuffed with piquant cabbage, little shrimps, crispy fried a deep mahogany brown, dappled with pockmarks from the hot oil and drizzled with the house sweet spicy dipping sauce, this roll is worth the cost of gas even if you roll in a Cadillac Escalade.

Fresh King Crab, Dirk’s Fish and Gourmet Shop, 2070 North Clybourn, (773)404-3475
There are three kinds of commercial Red King Crab, the frozen kind from big-box chains pumped with salty phosphate preservatives, flash frozen, high-quality unpreserved meat that you might find in high-end restaurants from about February to September and, finally, fresh Alaskan King crab usually caught between October and January. Because of regulation, the Alaskan Red King Crab season is short, and most of us never get a chance to taste the fresh version. Dirk Fucik, owner of Dirk’s, has made arrangements with Alaskan fisherman to send him shipments of unfrozen King Crab until the season ends, probably in November. The fresh legs have an inherent richness, as if they’ve literally been poached low and slow in butter for hours, that’s superior to anything else.

Sweet Corn Flan, Boka, 1729 North Halsted, (312)337-6070
Since I tasted this dessert, I’ve wished that the CornNuts people would file a patent and sell the sweet flakes of toasted dehydrated corn nuggets from this dish at gas stations everywhere. And that’s just the garnish. The culinary atrocities committed by flan against my palate are innumerable: scrambled grainy texture, acrid-burnt caramel, hockey puck custards wobbly with gelatin. At one point you couldn’t get me near a flan, even if it were lying on Scarlett Johansson’s naked body. Boka pastry chef Elizabeth Dahl’s version though wilts in creamy waves under the quick flick of a greedy spoon. A quick bite and sweet corn cream coats the tongue, while a dusting of smoked paprika and tangy blackberry sauce temper the sweetness.

Salsa Jibara, Borinquen Restaurant, 1720 North California, (773)227-6038
The other day while chowing down on Borinquen’s famed steak jibarito, the waitress asked me if I wanted hot sauce. As with all offerings of spicy food, I took it as a challenge to my manhood and accepted. Actually, I said no, but, thankfully my mother-in-law manned up and asked for it. I poured a bit of the sauce on my plate and sopped up a touch with my index finger. My finger is still burning. Despite the loss in dexterity, this sauce, a mixture of Jardinera, Jalapeno, Habanero, Tabasco and Louisiana peppers with a touch of cilantro, has a fruity nuanced heat that blows the “donkey” and “dudes with their heads blowing up” labels off the glass jars at your local grocery.

Marlin Ceviche, Sol de Mexico, 3018 North Cicero, (773)282-1349
I live almost ten miles from this Belmont-Cragin joint, but I’ve driven there three times in the last month because of the ceviche: Rich nuggets of marlin sopping with lots of vinegar, lime and cilantro perched on deep-fried corn tortilla triangles. Add a dab of the accompanying tomatillo salsa, and I’ll keep passing up nearby stalwarts like El Barco’s shrimp version, Maxwell Street’s limey octopus cocktel and even Frontera’s assortment forever.

American Gems, Great American Pretzel Company
Chocolat- covered pretzels channel a lack of culinary creativity on par with tuna tartare or caprese salad. As a result, when I received an unsolicited package of said pretzels, I cast the box aside. But, faced with an impending deadline and another satiating meal of pepperoni Hot Pockets, I chose a crinkly bag of “American Gems” from the box for my meal. With their bulbous chocolate covered heads and slender salty handles, they look kind of like a pretzel facsimile of a Hooter’s drumstick. What I didn’t expect was a burst of puffed rice and chewy caramel along with the rich chocolate and pretzel salt, almost like a fresh 100 Grand candy bar. I brought the pretzels to a family gathering, where my cousin, a naval helicopter pilot from Tennessee, confirmed my enthusiasm with his first bite, saying “Damn, these are good.”