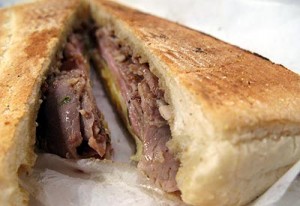 A few weeks ago, some folks suggested I was an elitist jerk potentially in need of a hooker to loosen up. Most of this vitriol was from readers who took umbrage with my negative review of Yats, the Cajun Creole spot in the West Loop. In response to this hellfire, I went back and checked the last few years of my columns, and the data suggests I’ve spent more time lauding ethnic storefronts and casual spots over high-end fine cuisine. There was no need to call Eliot Spitzer to acquire the Emperors Club VIP hotline.

I wrote what I did, because I felt Yats had broken the culinary social contract of providing honest good food in a welcoming environment, more so than any place I’d been to that wasn’t operated by YUM Brands. My reaction had nothing to do with Yats being quick-service, low-key or casual. There are many informal places in town that I’ve lauded: Spa Café, Wow Bao and Take Me Out Chinese, among others. One of my favorite Cajun Creole places in the country just happens to be Lagniappe, a scrappy storefront, on 79th Street, where the food often takes forty minutes or longer to prepare from the time you order. What these places do that Yats didn’t is deliver a superior, often unique product at a great price in a clean and hospitable room.

Still, any kind of criticism has its way of fostering seeds of self-doubt. And, in writers, even the best of us, you might just be growing a forest (see David Foster Wallace). Was I, like any good, self-hating Republican (read: Rush Limbaugh, Larry Craig, Sarah Palin) protesting too much? In the end, a visit to the new Loop spot Cafecito this weekend finally put any doubts, at least for me, about my allegiances, or lack thereof, to rest.

Located in the shadows of the Auditorium Theatre building, the Cafecito storefront gets sound-bombed by the whoosh of Indy-500-like traffic on the abutting Congress Parkway. The constant noise ensures you’ll be more likely to rush by in annoyance to a quieter parcel of the Loop than to just to happen in to the place.

If you do drop by, you’ll find a tiny café with about as much square footage as an average one-bedroom high-rise apartment serving simple panini, salads and coffee. The usual posse of free-Wi-Fi-filching gluttons is notably absent. In their place, Columbia College students kick back and watch sports on a wall-mounted flat-screen television. Instead of the usual coffeehouse conglomeration of eclectic furniture and cozy banquettes, Cafecito looks like an offshoot of the Design Within Reach showroom, punctuated by rustic Cuban-inspired touches including a drop section of corrugated tin roofing. During this last weekend’s torrential Seattle-like downpour, I found Cafecito to be a clean, well-lighted womb.

The intimacy of the dining area affords a view of owner Philip Ghantous making sandwiches in Cafecito’s tiny kitchen. Ghantous, who with his shaved head and youthful gaze looks a bit like actor Billy Zane, used to run a pool hall, but trips to Cuban parts of Miami and the fact he couldn’t escape his “Latin blood” (his mother is Brazilian) inspired him to bring a taste of Cuba to Chicago.

Ghantous roasts the meat for his sandwiches in-house and marinates them in a garlic-and-citrus-flavored mojo sauce. He also makes his spicy, herby chimichurri fresh each day. He caramelizes sugar and makes a sweet paste that infuses with robust espresso derived from beans from a private Floridian roaster. Really, the only thing Ghantous doesn’t do is bake his own bread, which comes from Gonnella. There’s no shame in that, as the folks at El Cubanito, which makes one of the better Cuban sandwiches in town, use Gonnella too.

In fact Cafecito’s Cubano sandwich, which features the perfect amount of tangy pickles and mustard and proper ratio of ham, roast pork and Swiss cheese to crusty, grilled bread, is better than Cubanito’s version, which usually has dry pork and scant condiment. When they’re on, Café Marianao (2246 North Milwaukee) might be the only place that makes a better version in town.

Unlike Marianao, you won’t have to contend with an endless wait and inconsistent service. Though it’s not full-service, the sandwiches at Cafecito are hand-delivered to your table in less than ten minutes. Ghantous also pops out of the kitchen to ask patrons how their meals were. When he asked me about the experience, I suggested that the only problem I had was that the steak on the chimichurri sandwich was a little undersalted. He said that he has a heavy hand with the salt, and that many of his patrons had asked him to cut back since he opened. My guess is he’ll make another adjustment—at least that’s what he projected.

Cafecito is not a destination spot, but for the Loop lunchtime crowd, or folks who live within a few miles, it’s a place you’d be proud to frequent a few times a month. Best of all, it showed me I could definitely love a spot that was just as humble and laidback as Yats, especially when they delivered with great service and great food.