by Brian Hieggelke
October 16, 2008Filed under: 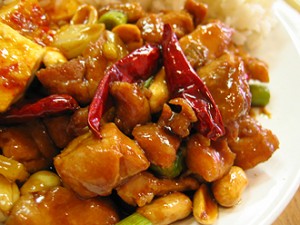 Much to my chagrin, the idea of the starving artist is not a mythology. I wish it were, but while there may be no better time in human history to be a writer, at least in terms of outlets for expression, it’s also one of the worst times to try to make a living at the form.

Unfortunately, another myth of artistry rings true, and that’s that I don’t have much choice in the matter. More than a couple of days without indulging in the act of writing may be like a day without heroin for a dependant junkie. When so many days pass without an act of creativity, I panic, a sense of worthlessness descends and the bile rises.

Being forced to thrift and loving one’s occupation should still balance out most days. But, as a food writer, who spends his life studying and examining the best ways to be indulgent, I risk starving not only as an economic metaphor, but also psychically and physically from truly knowing a lack of the “good stuff.”

Woe is not only me. I understand everyone’s hurting. We may not be rationed yet as they were during the great wars and forced to learn, as food writer MFK Fisher once wrote, “How to Cook a Wolf,” but the sacrifices, both real and perceived, are rising. In such times, the temptation to rip up your foodie card, clip coupons and head for the nearest processed-food aisle at your local mega-grocer is great.

Don’t. The good news is that, in Chicago, there is still plenty of affordable, tasty opportunity. You just have to know where to look. Despite my appreciation for the wares from top chefs, one thing I’ve learned in my economic struggles is that price does not often equate to quality when it comes to having great food experiences. Forced to do so, I’ve been ferreting out deals for years, and so I bequeath to the suffering foodies among us, a few resources to keeping you sated and your wallet padded.

Rule 1: Consider the Oyster…then shuck it yourself
There is no greater indulgence that a dozen fresh oysters, but at a minimum of $24 for such a plate at a restaurant, you’re bound to be more bitter than an old salt when you get the bill. While my cheapness is trumped by my laziness, sometimes you have to suck it up, and so lately I’ve been hitting up the Whole Foods in the South Loop for their $.79 Blue Points (that’s $9.48 a dozen) and shucking them myself. They’re great on their own, or mix a little hot sauce, ketchup, lemon and horseradish for topping. Staring at crusty barnacles in your own kitchen might be intimidating, but trust me, opening up an oyster is ten times easier than getting in to your prom date’s pants, and there are many YouTube videos to teach you how.

Rule 2: Take Yourself Down to Chinatown
You’ll find one of Chicago’s best lunch deals at Spring World (2109 South China Place). They don’t advertise it, but decline the regular menu and ask for their “lunch specials.” For $3.95, you’ll be able to score your choice of spicy Ma Po Tofu, incredible garlic-, chili- and ginger-studded Kung Pao chicken, a mound of rice and soup. Alternatively, if you like buns, hon, check out the bakeries on Wentworth, including Chiu Quon (2242 South Wentworth) where you’ll find golden egg-washed crusty and a chewy white-interior versions filled with almond-tinged barbecue pork and spicy beef curry for under a dollar.

Rule 3: Joong Boo, not Jewel
While limes top out at two or three for a dollar at Jewel, it’s not unusual to find ten for a buck at your local Mexican grocer. Ethnic markets have always offered incredible prices on produce and meat if you know where to look. Maybe the best ethnic market in Chicago is the Korean Joong Boo (3333 North Kimball), where you can score three huge bundles of scallions for a buck, Schwa-friendly and dainty quail eggs for a couple of bucks, not to mention cheap pork belly and thinly sliced ribeye steaks for $4. You can also stock up on cheap rice cookers, bamboo steamers and fancy plates in the housewares section. If you’re hungry, their café features heaping portions of fried rice, bi-bim-bop, volcano hot Al-Tang Pollack roe and tofu soup priced between $5-$7.

Rule 4: Drink Harder and Smarter
Anyone can find a two-dollar shot on Monday or Tuesday, but those with day jobs might not keep them very long if they indulge in drink fests on school nights. Thankfully, every Friday night, you’ll find $3 Goose Island and $3 Maker’s Mark at Delilah’s (2771 North Lincoln). Just be careful, because once you get liquored up, you’re prone to accidentally blow your wad on their good Pappy Van Winkle bourbon.