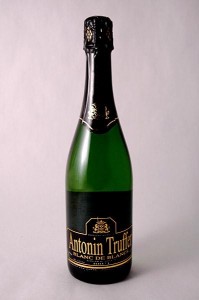 There may be no better time in our history to hit the bottle. Certainly we are not lacking for motivation, what with all the layoffs, pay reductions, bankruptcies and mortgage adjustments. But, more importantly, even with thinner wallets, because of the over-production of wine, the growth in negociants (folks who often capitalize on that over-production by buying great wines for a song and selling them for a comparably low price at retail), and increases in manufacturing efficiencies, we’ve never had greater opportunity to buy relatively low-priced wine.

Of course, many wineries have capitalized on this idea not by offering great wines, but by saturating the market with a ridiculous amount of swill that forces us to sift through an ever-growing supply of junk to find anything good. I don’t know about you, but my track record for finding really good wines at a discount retailers has been a very hit-or-miss proposition, with a lot more misses.

I know, I know. You’re ready to smack me in the back of a head with a case of Two Buck Chuck. I’m not saying there’s not a lot of drinkable stuff out there, but I’m talking about the grapes that really stand out, the kind of pour you dream about and rush back to buy a case of.

Those kinds of deals are rarer, but they’re still out there. Lately, I’ve had a really good run with my selections, and so I bestow my favorite value wines. You should be able to find all of these locally, particularly at Sam’s and Binny’s.

Antonin Truffer Blanc de Blancs $8.99
Don’t call it Champagne. This sparkler, like Napoleon Bonaparte, was born on the sunny French-Mediterranean island of Corsica. Measured against similar-priced sparklers, including a popular Spanish-Cava-like Segura Viudas, Truffer is the best. Though it isn’t made in the Champagne region, the long smooth fruity finish, toastiness and soft Chardonnay grape profile reminds me of Champagnes made in Le Mesnil-sur-Oger, home of the world’s best, like Salon and Krug. The last time I found a sparkling value and taste like this was Launois Cuvee Reserve at $35.99 a bottle. At this price, you can afford to buy enough so you and your friends can play a year-long drinking game related to bad economic news.

Montgras Carmenere Reserva 2007, $12.99
I stumbled upon this one while licking blue-cheese fondue (a perfect food pairing it turned out) off my fingers at West Loop’s Province. Carmenere is thought by some to be an early genetic pre-cursor to more famous Bordeaux varietals like Cabernet. While Carmenere pretty much disappeared from France, vine grafts were preserved in South America and Chile because the grape tasted so much like Merlot. Unfortunately, the hype as a cheaper Merlot alternative allows winemakers to move a lot of substandard Carmenere. This particular bottle, though, has a lot of lush berry flavor, a whole lot of Bordeaux-like earthiness and a big finish. It’s perfect for the BYOB trip to Tango Sur or Las Tablas. 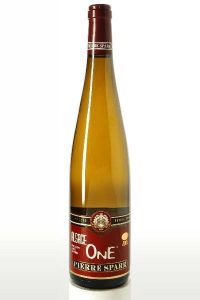 Pierre Sparr Alsace One 2005, $11.99
My desert-island wine these days is a high-acid Riesling with a lot of residual sugar (see below), the kind of bottle that stands up to the cloying spiciness of a mountain of General Tso’s chicken or the filling rattling sweetness of a crème brulee. Unfortunately, my wife can’t stand the stuff. As a result, whenever we have to split a bottle, I usually end up selecting a drier Riesling that makes me question the whole compromise aspect of relationships. This bottle in particular has saved our marriage. Though it’s primarily made from Riesling grapes, it’s a blend of other whites including Pinot Blanc, Pinot Gris and Gewurztraminer. It’s got enough sugar, acid and great complementary grapefruit and lemon flavor to stand up to, say, a brown-sugar-and-citrus-glazed salmon, but it’s dry enough for those who prefer New Zealand Sauvignon blanc or fruitier Pinot Grigio.

Helmut Hexamer Meddersheimer Rheingrafenberg Riesling Quarzit 2007, $21.99
Though this wine sounds like it could double as a German nuclear physics student’s thesis title, there’s really nothing intimidating about it. In fact it’s the perfect entry-level bottle for people who love the syrupy stuff in the blue bottles, but are ready for something more complex. I know I’m breaking the $20 barrier here, but this is still a recession Reisling. Most Rieslings in this class, i.e. high sweetness, nice acid, price out at $30 dollars or more. There’s a nice bit of honey and lime and a touch of minerality in the pour. It’s the perfect bottle for a night in Chinatown or to wash down that India House takeout on the weekend.