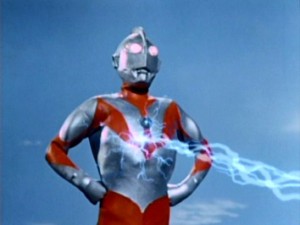 By blood I am half Japanese and this is the first thing I must communicate to you to set up our understanding. I think you understand, being one of few real Japanese restaurants in Chicago. With greatest respect I recognize that the tradition of excellence at Katsu is great honor to Japan and emblem for graced Nisei people. Katsu! I know this is a cry to enlightenment. Consider the death poem of Kogetsu Sogan: “Katsu! / Katsu! / Katsu! / Katsu!” Whatever harsh apprisals served by your waiter—the man (the Katsu!, if you will) that invoked this letter in me—are desirable for their aim to end suffering ignorance. I saw the gold flecks and finest dining at your establishment, I detected the air expertly nestled in the rice, I imbibed the sake—bottle chilled with such dignity in a smart cup—, and I gleaned no forced Japanese aesthetics for gaijin benefit. His abrupt insolence (the waiter’s) is kiai to move a mind beyond rationality and logic to achive initial enlightenment experience. I had never imagined us—me and the waiter—engaged in martial combat until I heard that kiai, when I italicized kiai. He is taller than me, certainly more Japanese, of potentially finer heritage, and, like myself, bred larger with American supplements. We have similarly demure visages, yet I am more handsome and well fit. If I stood against him, forcing him to table a tray of empty, he will first be painfully aware of his softness. I will remove my glasses, or will have already removed my glasses, which will prompt him to fear and consider the same, yet he will be unable to remove his glasses because my vision is surely better than his. Every favor is to me. He is my server but I will deliver the death rap to his nose. He will have already noticed my large hands while grossly surmising my handling of the divine nigiri. Did he not see my deft maneuvers with the chopsticks? In Japan, on Mount Fuji (after a visit to the Yamanashi Prefecture), a group of Japanese women remarked on my chopstick handling—book conservators, even, have made issue of my hand skills. Yes, he will have seen my sharp artist’s hands, fine and long, passed to me from my grandmother. The Japanese one. My fists will appear a reckoning.

Forgive me. I intended to write to you instead a damning of your waiter’s objectionable actions. Now I cannot fathom them due to your reviews on the Internet. My eyes are opened to the suffering ignorance in the world: Lauren H. says, “This place sucks. Let me repeat. This place sucks.” “I was willing to fork up the cash if the sushi was worth it.” “It smelled awful and I had to spit it out into my napkin it was so fishy.” “I’m not an inexperienced sushi eater by any stretch of the imagination. I know what good sushi is supposed to taste like and this tasted like it had been preserved in salt for three days and left on Lower Wacker Drive and aged under a homeless guy’s ass.” “Not only was the sushi old, smelly, fishy, and just all around terrible, the wait staff was some of the rudest that I have ever encountered in my entire life.”

Baka. She is the biggest idiot.

Lauren H. asked you—I address you, now, waiter—to take back the sushi, that it had turned. You scoffed, “This is the best sushi in Chicago.” You shook your head and kiaied their plates away. You returned and asked, “Where do you normally eat sushi?”—a brilliant question! You shook your head again. They drank their beer with a bare table. How you were fuming. You returned, for the death blow: “Does you beer taste OK? I’m just wondering if your beer tastes OK.” O glorious tormentor! Such kudos lavished to you. We are just alike! I, too, dislike her. Let us insult her, together. She is a sow! Lauren H. writes, “Please do not go here. Ever.” Let her not go here. Ever. We do not need her. She cannot appreciate! Let us also ridicule Dan S. who says of your exuding arrogance. (I, too, exude arrogance!) You told him not to put his chopsticks a certain way on his plate because it is bad luck. He writes, “I could have done without that.” We—waiter, you and I—can do without him. Did he, like a barbarian, lance his chopsticks into his rice? An offering for the dead? He is dead to us! Katsu! How can the world scoff—they say you scoff, ha!—at the opening you provide? We strike them with our fly whisks.

Katsu!
On the death bed—Katsu!
Let he who has eyes see!
Katsu! Katsu! Katsu!
And once again, Katsu!
Katsu!

I’ve read this — what is it, a review? — a few times and I’ve shown it to a few others. It’s nonsense, badly written, incomprehensible and clearly written for nobody but the author. No wonder this publication is tanking.

Sublime, well done. Yelp is truly for those who cannot appreciate!

Ahhh, Mike Dunham, you are truly the Lauren H. of this article. It was written for me! I comprehend it! Katsu!

I am in love with every bit of this.

LMFAO – this is the funniest thing I’ve read since Confederacy of Dunces! Absolutely brilliant!!