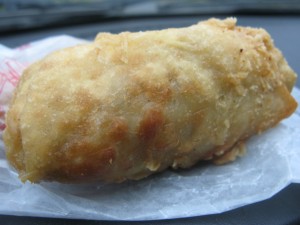 For six years Sunday nights were suffocating. The fear of an impending work week at a job I hated roiled in my gut, twisting it every which way, though miraculously stopping somewhere short of an ulcer. Toward the end of my first major stint in corporate America I’d entered panic-attack territory, couldn’t sleep many nights and had an unhealthy regard for my mortality.

Unable to sleep, I’d get into my black Ford Escape, load my CD player with most of the Jay-Z discography, and crank the tunes till they threatened the integrity of my SUV’s subwoofer. Indulging in some weird suburban-white-kid anger fantasy (sadly, I was a 27-year-old white man), I’d drive for hours, feeling the music while fording the circumference of the city, slicing down Lake Shore Drive, up the Kennedy, and across the Eisenhower, searching for something, but mostly indulging in the fractal majesty of a Chicago night.

I’d often make a circuit of Chicago’s Asian enclaves swooshing past the glinting neon of Chinatown, through the steamy dead-duck-laden corridors of Argyle Street, and past the karaoke and Korean bbq shacks littering California looking for an end to my madness. The throbbing in my head and the tension in my fists only subsided when I stopped to fraternize with the sweet-bbq pork-laden bao at Chi Quon Bakery or to slurp a bowl of simmering pho from Tank Noodle. The foods of Vietnam, Korea and China sated and distracted well.

Unfortunately, I worked in the western suburbs in the pre-Katy’s Dumpling days, and there were about as many great Asian options out there as there were in the wasteland of my cubicle (where I was not allowed to drink coffee, or anything other than water, for our owner’s fear that insidious liquids might short-circuit a $20 keyboard on a four-year-old Pentium III desktop).

There was, however, one spot in Elmhurst I frequented, a place I’d still drive to today should I want that satisfying Americanized breed of cloying noodles and tame curries: Nathan’s Noodles. Expecting authenticity from a noodle joint named Nathan’s is like asking to see the captain of the Red Lobster fishing fleet. They didn’t even get American Thai right, eschewing rice-paper wrappers in favor of the Cantonese-style wheat-flour pocket. Thank God, as those crispy fried mahogany-colored egg rolls dappled with pockmarks from hot oil and stuffed with piquant peppery cabbage and little shrimps were often the highlight of my work week.

Fast forward four years later, and my 2-year-old son hasn’t slept through the night in almost a week. Tired and stressed, one night, as I attempt to flop in bed, I pass out between my bed and the wall. There is but one solution. Crisis demands an egg roll. I’d drive to Nathan’s but only an Andre Agassi-like crystal-meth dalliance could stoke my weary body. I’m afraid the thirty-six-mile round-trip drive will end in disaster. 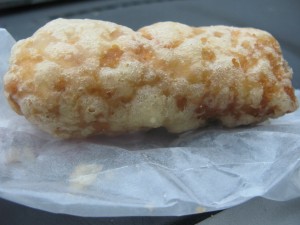 I must find something in Chicago. Soon, food-writer fanaticism takes over and I create a list of twelve potential spots cross-referenced against Google, Yelp, Metromix and LTHforum.com. I think this is somehow a more reasonable undertaking. And so, from Chinatown to Lincolnwood, on a Saturday evening I attempt once again to crisscross the city. Jay-Z lost me at “Blueprint 3,” so I have become a harmless hipster, and “Wolfgang Amadeus Phoenix” is now my soundtrack. The Ford Escape remains the same. After four hours and twelve egg rolls this is what I learned:

1)    The quality of an egg roll is directly proportionate to how much the restaurant that serves it looks like a postwar diner-style Chinese stereotype, i.e. the more red-vinyl-covered banquettes, paper lanterns and Chinese Zodiac placemats a spot has, the better the roll.

2)    A restaurant that has “egg roll” in its name is generally not a purveyor of great egg rolls. The version at Hunan Egg Roll King was merely princely, and I spent more time thinking about whether the restaurant Ms. Egg Roll was hanging out with Ms. Pac-Man (local bacon blogger Jenni Spinner pointed out she might be dating Mr. Beef) than I did about her roll.

3)    There are a lot of bad egg rolls out there. Some of them use more JIF than a choosey mom for binder and sealer. Even if your name is Elvis, peanut butter and cabbage do not mix.

4)    There are only two egg rolls (including the twelve I tried on Saturday and the hundreds more I’ve eaten in Chicago over the years) so great they are worthy of Confucian-ideal loyalty.

This steroidally large roll has a savory finish that makes me suspect it was boiled in a vat of MSG.

Though I am not a rabbit, I dig the abundance of sweet carrots in the filling, a smart counterpoint the tangy cabbage.

The common wisdom is that Jews love Chinese food, so it makes sense that this Jewish enclave has one of the Chicago area’s best rolls. The light tempura-like crust and salty spinach make this the favored roll for those who don’t like to mix Chinese appetizers and sweet pastry.

The McDonald’s-apple-pie-like crispy crust featuring a deep-fried donut-like perfume may not be for everyone, but that texture along with sweet chunks of bbq pork ensures that after a few bites I do not care whether my son sleeps through the night again.

Michael, I think that the egg rolls at our beloved Sun Wah BBQ are just as good as any in the city. Yes, the wrapper itself might not measure up to Kow Kow, but the filling is non pareil.

Just so you know, Kow Kow has always used peanut butter in their egg rolls. So does Wah Sun, Lin’s Garden did (it closed…be still my heart) and many many chicago egg roll involve peanut butter. I have since moved from chicago and liv in FL. IT SUUUUUUUUUUUUUUUUCKS. NO GOOD CHINESE WITHING 500 MILES OR MORE. I’M NOT KIDDING YOU. NO PENNY’S NOODLE TYPE SHOPS, NOT EVEN A FLAT TOP GRILL TYPE PLACE. I read your blog and wanted to weep. My grams still has a home in Lincolnwood and I’ve done kow kow, bamboo hut (gone, but another in… Read more »

I know Kow Kow uses peanut butter, but you can’t really taste it. Some of the rolls I had too much. As far as Sun Wah, it was my sixth choice, but it was the poor brother of Kow Kow. If it had been seasoned better it would have broken through.