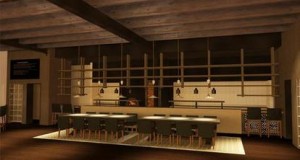 Girl and the Goat

If he weren’t dead, I’d sure like to have a few words with Jean Baptiste Pointe du Sable about the weather in Chicago this past July. I mean I’m sure in 1779, Lake Michigan’s unbesmirched shores were breathtaking and all that. But, as the area’s first non-indigenous settler (usually this means Native American-exploiting white dude—but, refreshingly du Sable was a black Haitian who married a Potawatomi woman and became a high-ranking member of the tribe) Du Sable must have known (he set up a fur-trading post on the north bank of the Chicago River) that, when the pelt business dropped off in July because it was hot and swampy and no one wanted to drape their sweaty bodies in beaver, well, the sticky heat might also be a minor annoyance for future generations. Of course, Du Sable was no Al Gore, and thus couldn’t be expected to anticipate global warming, let alone invent the internet, and so I guess the jungle climes we’ve endured most of this past month aren’t entirely his fault.

Still, what to do when my curly blond fro is frizzin’ like one of those “just add water” sponges that turns in to a four-foot-wide dinosaur from the humidity? Head to Las Vegas in August. Crazy, right? Well, as the joke goes, it’s a dry heat.

Actually, while I’ll relish swimming next to Elvis-jumpsuited dudes in huge football-field-sized pools while sipping on suntan-lotion-scented pina coladas in the shade of fake plastic architecture, my real intent, as it always is, is to discover the real side of Vegas food. While I’ll check out French masters Joel Robuchon’s and Guy Savoy’s places and local boy Shawn McClain’s new Vegas spot Sage, I’ll also be out searching for what some consider the best Northern Thai food in America at Lotus of Siam and the Japanese charcoal-grilled fare at Raku. However, while I’m baking in that arid desert, I couldn’t leave you without a few of my new favorite things. Every single one of these tasty treats is as sure a bet as a pair of panties gracing a Tom Jones concert stage. See you in a few weeks. Viva Chicago, baby!

Frozen Corn Nougat—Girl and The Goat
Not since Trishelle Cannatella (who?) had a three-way with those other two people on “Real World: Las Vegas” has a reality television star parlayed their fifteen minutes so well as Top Chef Stephanie Izard. Despite its bestiality-porn-title-like name, Girl and The Goat is pretty straight, and there are plenty of soon-to-be-classic dishes on the menu. None, however, may be better than frozen corn nougat, a tiny jam jar filled with a cool sweet slurry studded with local sweet corn and smoky bacon set off by a sweet acidic punch of plum-apricot gastrique, proving that not all Top Chef contestants are dessert-challenged. 809 West Randolph, (312)492-6262

Half Pound Special—Busy Burger
It’s not quite Kuma’s of the south, but damn if there isn’t a 19-year-old burger joint I’ve never heard of before, until last week, that char-grills to order big fat fresh beef patties, hand-dips their onion rings, and hand-cuts their fries. The regular Busy burger is a decent thin classic WWII-style burger, but you want the two-finger-thick half-pound specials, often larded with cheddar and bacon, grilled to a juicy medium-rare, the perfect gift for those who have no space to barbeque in their Chicago condo. 1120 West Taylor, (312)226-7760 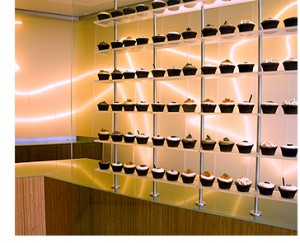 Salted Caramel Cupcake—More
Speaking of Kuma’s, the lines outside of the new Chicago location of the carpetbagging Beverly Hills-based Sprinkles Cupcakes rival the usual queues at the Logan Square burger joint. Best to wait, and buy instead from local spot, More. Certainly if there were a televised cupcake awards show, Kanye West would be ripping away the microphone and proclaiming these the best cupcakes ever, and not just because owner Patty Rothman used to own a recording studio where West recorded some of his early work. Rather, mostly because even a college dropout would realize the salted caramel, a brown sugar-scented cake filled with a sticky salted caramel and topped with salt-dashed vanilla buttercream, is awesome. 1 East Delaware, (312)951-0001

Lamb sausage—Prairie Fire
If it weren’t for the orange-rind-studded house sausage at the Parthenon, the Illinois-based Mint Creek Farm lamb sausage made by chefs George Bumbaris and Sarah Stegner served over a fan of grilled onion might be the finest encased meat available on the West side. Either way, Hot Doug Sohn should buy a case of this stuff for those too lazy to make the trek to this seasonal New American restaurant located in an old powerhouse. 215 North Clinton, (312)382-8300

Smoked Ribeye—Epic
There are two things I almost always skip out of boredom when dining out: salads, and brontosaurus-sized steaks priced to tap out the most generous expense account. Priced at $43, Epic’s smoked sea-salt-rubbed magazine-spread-worthy cross-hatch-grill-marked pink-ruby medium-rare centered juicy ribeye certainly takes a nice chunk out of the wallet. However, before I started skipping them, I probably ate as many steaks as Jon Bon Jovi had conquests on the Jersey leg of his Slippery When Wet Tour. Of those thousands of beef encounters, I remember three: a New York strip at N9Ne, a bone-in dry-aged ribeye at David Burke’s and Epic’s ribeye. 112 West Hubbard, (312)222-4940