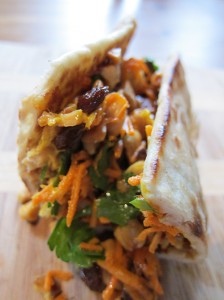 By Michael Nagrant
Like most interesting people, my father is a study in contradictions. Reagan Democrat. Check. F-bomb-dropping Catholic zealot. Double check. Though he was once a staunch union organizer who worked in a dingy tool-and-die shop where the only real light sprung forth from the hot sparks raining as metal met metal, these days, he’s a manager for Ford Motor Company.

In the blue-collar days, while his buddies slammed domestic brews in Detroit pubs, he hurried home to a bottle of California Cabernet and the latest issue of Wine Spectator. Though he was in his late twenties he’d also occasionally pull his best geriatric-Sherlock Holmes and puff on a pipe stuffed with toasted vanilla-scented Churchills’ tobacco.

Wine Spectator was often replaced by GQ. Off the clock, my father, ever the sartorialist, liked tweed sport coats (with the brown suede elbow patches!) and slate gray three-piece suits. Then again, he was also a perpetrator of the occasional fashion disaster like when he wore a zipper-licious Eddie Murphy-“Delirious” -era white leather suit with red leather shoe-booties to the 1983 Culture Club concert.

Those boots, which matched the shiny red cumberbunds and Santa hats all the groomsmen wore, made another appearance at my uncle’s December 1985 wedding. When the distinctive chukka chukka drum intro of Jackson’s “Billie Jean” started playing during the reception, those boots moved like they were possessed by the soul of James Brown’s toes.

My father’s example was never more confusing however than when I studied his eating and drinking habits. Though he was an oenophile, you’d sometimes find him tinkering with his 1976 Corvette Stingray with a forty-ounce bottle of Schlitz Malt Liquor (the one with the blue charging bull) at his side.

Though he was the first guy on the block, in a neighborhood whose chief culinary specialty was diner fare, to take his kids out for Thai or Almond boneless chicken at Kwong Tung Palace, he eschewed pork like the love child of Matisyahu and Malcolm X. He doesn’t really like any meat with shredded texture.

Idiosyncratic as he is, he still taught me a thing or two about eating, thus inspiring this career of mine. So in honor of my father, I give you the very best places in Chicago to find $#*! My Dad Eats.

The Butterscotch Malt—Margie’s Candies
Whenever I find myself outside of Tastee-Freez (suckin’ on chili dogs with Jack and Diane), I skip past the chocolate-shell-entombed soft-serve in favor of a butterscotch malt. I engage in this ritual for one reason: because my pops does it. I mean outside of the minds of people with bad orthodontia, by which I mean the British, and the cooks at Alinea, butterscotch hasn’t been on anyone’s radar since 1953. There are plenty of good versions, but Margie’s in Bucktown does their malt cement-mixer thick, just the way I like it.

Whitefish–Grahamwich
Though I was bored after I caught my first bluegill, my father’s affinity for fishing means I grew up on a boat on a Michigan lake searching for walleye, perch and whitefish. You don’t see whitefish much in Chicago, that is until the smoked version from Grahamwich—topped with a spicy sweet slurry of raisin chutney, curry aioli and shredded slaw along with crunchy marcona almonds—popped up. It’s like an Indian buffet, Smoque BBQ and Calumet Fisheries all rolled in between a Gaztro-wagon-baked naan. Plus, for whatever reason, Grahamwich, which is like a future-hipster ice-cream-parlor set, a sandwich shop mash-up of “Newsies” and “Nick and Norah’s Infinite Playlist,” has a weird Vicodin-like effect. That is to say for some reason, after a visit there, everything just feels better. 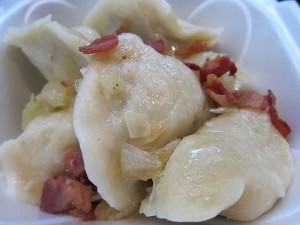 Pierogies–Smak-Tak and Pierogi Heaven
Thirty-five years ago my dad married a Polish immigrant, my mom. Ever since then he’s consumed Oprah Winfrey’s collective total weight loss (and gain) in Polish dumplings. Smak-Tak has always been my go-to for pierogi, and still is. But, a few weeks ago Pierogi Heaven opened up in the Loop, serving the best sweet cheese pierogi I’ve had locally.

Sausage–Branch 27
Though my father does not like pork, I told you he is complex. He makes an exception for encased swine. In fact, though he’s never lived here, my father’s love of encased meats makes him an honorary Chicagoan of the Ditka-lovin’-Swerski-clan order. Knowing he can be picky I took him to Branch 27 for dinner last time he visited because chef John Manion’s food has never let me down. Manion’s so clutch, he’s like the Mariano Rivera of chefs. His Korean sausage with a runny egg and spicy house-made kimchi hit the spot. While it’s no longer on the menu, the creamy cassoulet larded with hunks of spicy Andouille, and the sweet Brazilian pumpkin and seafood stew with its hazelnut and coconut perfume that still is, make Branch 27 the best winter cure for our current stretch of freezing temps. Best of all I think my dad got over his texture issue, for he slurped up Manion’s flaky shredded goat empanadas spiced with chipotle aioli as if they were a butterscotch malt.