by Brian Hieggelke
February 1, 2011Filed under: 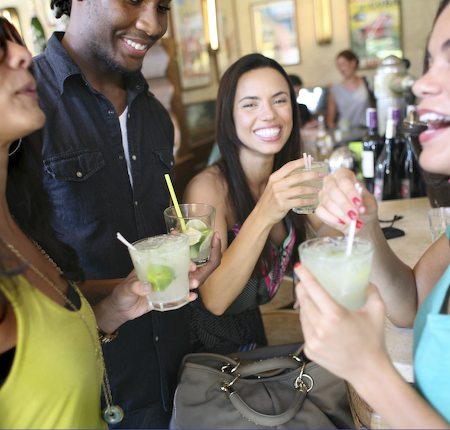 A decade ago, ordering a caipirinha outside the Brazilian enclaves in South Florida or New York would puzzle most bartenders. However, thanks to the efforts of a dedicated group of producers, the now-ubiquitous cocktail (made with cachaça, lime and muddled sugar) can be ordered in places as diverse as Café Laguardia, Al Primo Canto, Café 28 or Karyn’s on Green.

“Caipirinha has been the object of intense experimentation by bartenders and mixologists in the US,” explains Vicente Ribeiro of Fazenda Soledade in Rio de Janeiro. “A larger variety of fruits have demonstrated cachaça can be as versatile as vodka, albeit with a higher complexity of aromas and flavors.”

“When we started in 2005, awareness was less than one percent of cocktail consumers,” explains Steve Luttmann of Leblon, one of the major premium brands commercialized in the United States. Awareness of cachaça among cocktail consumers is now nearly twenty percent in the major markets (New York, LA, Chicago, San Francisco and Miami). The caipirinha, with thirty-percent awareness, is now one of the top-ten cocktails on menus, and was the fastest-growing cocktail in 2010.

According to Brazil’s export authority, cachaça is the third most-consumed spirit on the planet, after vodka and soju. However, cachaça faces an uphill battle in the United States. Even though the spirit has been marketed here for more than four decades, the Alcohol, Tobacco, Tax and Trade Bureau (which could not be reached for comment) forces the product to be labeled “Brazilian rum,” a misleading term that makes both producers and fans cringe. 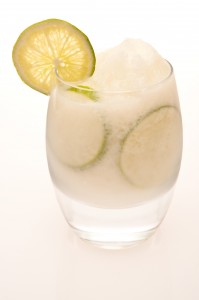 Because of this, a group of entrepreneurs has teamed with Brazil’s International Commerce Bureau to file a petition to change the legal nomenclature to cachaça, as the product is popularly known in its native land.

“The issue is when consumers read ‘Brazilian rum’ on the label, they expect it to taste like rum,” says Luttmann. “Consumers taste it and find out that it really isn’t rum, and this creates a lot of consumer confusion. As I always like to say, if anything, rum should be called ‘Caribbean cachaça,’ since cachaça was first distilled around 1532 in Brazil, while rum came about a hundred years later in the Caribbean.”

While the legal battle ensues, Leblon has been bringing awareness to the issue with an online campaign, dubbed “Legalize Cachaça,” where visitors can sign a petition in favor of the change.

If history serves as a lesson, the situation might eventually change. “Tequila used to have the same issue, where the Feds forced them to put the legal descriptor ‘Mexican whiskey’ on the label,” explains Luttmann.

“What is interesting,” Luttmann adds, ”is that bourbon and Tennessee whiskey have the same issue in Brazil, where the federal government doesn’t recognize the appellations/geographic distinctions.” (Ernest Barteldes)