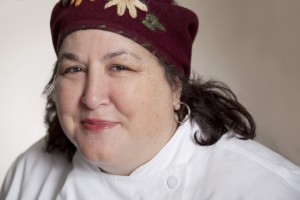 48
Carrie Nahabedian
Owner, Naha
Though her restaurant is ten years old, her blend of Armenian, Mediterranean and California cuisine is as fresh as it was the day it opened. She’s also built an incredibly smart and influential team—her cousin Michael is one of the great wine dudes of the city—and recently garnered a Michelin star. She’s also the only woman inducted into the Chicago Chefs Hall of Fame.