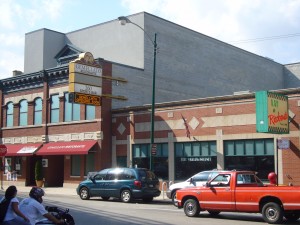 Under the shade of a crisscrossing concrete canopy, a sliver of 26th Street runs from South Canal Street to I-94 beneath the intersecting Dan Ryan and Stevenson Expressway overpasses. Here, in the far reaches of the Bridgeport, Chinatown and Armour Square neighborhoods, the Ricobene family has carved out their flavorful nerve center.

The Ricobene family has maintained a presence on the 200 block of West 26th since 1946, when Rosario and Antonia opened a walk-up vegetable stand that quickly grew into the big-eats Italian food destination that it is today.

If you are a policeman in Chicago, you’ve likely eaten at Ricobene’s, and maybe a few unfortunate rookies have been dared into ordering their king-size Chicken Vesuvio with extra giardiniera, or their gargantuan pepper-and-egg sandwich made with nearly a dozen eggs.

This summer the family embarked on an ambitious plan to increase their neighborhood footprint without increasing the city’s collective waistline, opening 260 Sports Bar, a banquet hall and Gemellato Ristorante in a newly renovated building. 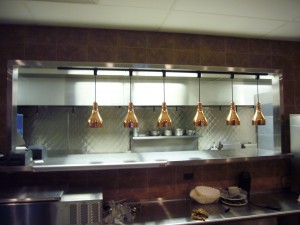 For starters, the Panzanella Salad made with slices of focaccia bread tossed with garden vegetables and mozzarella in garlic vinaigrette. For entrées, the Parmesan Crusted Tilapia served with lemon butter sauce, capers and tomatoes. And to finish the meal off, Grilled Rum Cake drizzled with chocolate sauce, seasonal berries and whipped cream. The menu offers half orders on pasta dishes for those who wish to eat less and avoid taking leftovers.

“You eat with your eyes, so there’s a lot of height, and texture is very important,” says executive chef David Wennerlyn. “We’re not just going to be serving chicken marsala with pasta. The dish may have risotto cakes and a bed of wild mushrooms, so diners who prefer classic dishes will get what they want, but a little nicer and still at a great price.”  (Giovanni Wrobel)