by Brian Hieggelke
February 24, 2012Filed under: 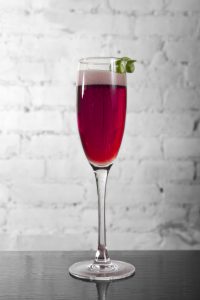 A decade or so ago, the açaí berry was starting to get a lot of attention in Brazil, where many began consuming its pulp in a bowl mixed with granola or other ingredients to benefit from its antioxidant and energetic properties.

Word spread quickly, and soon the fruit—which is taken from palm trees that grow natively in the Amazon region—made its way to the United States market. The first company to exploit it stateside was Sambazon, an American company that specializes in exotic tropical fruit. Açaí has come to be regarded as a “super fruit” that is now featured in dozens of products, going from fruit smoothies to dietary supplements, conditioners and açaí-infused vodkas by Absolut and VeeV—the latter of which is used to make the “Veev a Loca” martini at the Signature Room on Michigan Avenue.

The latest product to make its way onto shelves is Cedilla, a liqueur produced and bottled in Brazil by Leblon, a United States-based company known for its eponymous premium cachaça. According to CEO Steve Luttmann, the idea came to them by accident. “We were infusing some fruits in Cachaça for some punches and bartender tinctures, and one that came out exceptionally well was with açai,” he says.

It wasn’t, however, an easy process. “Açai is a very challenging fruit, as it has a high level of fatty acids which need to be filtered out of the product without filtering out the flavor, color, et cetera… It was a ton of trial and error, and we made quite a few batches, both to overcome the technical issue and most importantly to hit the product sensorially. We figured it out, but it was not easy, believe me.”

How has the growing global demand for açaí affected the communities where the tree is cultivated? “The growth of açai has been a very beneficial force for the indigenous communities in the Amazon,” Luttmann explains.

“Many of these people before lived in poverty and on subsistence diets. Açai harvesting has become an important part of their economy and survival. In addition, since it’s fully sustainable and grows in the existing Amazon rainforest, it preserves the environment where these communities live, and there is no question that income levels and quality of living has improved significantly.”

Luttmann believes that the popularity of açaí has much to do with its health benefits, but there is more to it. “The other driver is the exotic image, i.e. a fruit from the Amazon rainforest,” he says. “But in the end, nobody eats or drinks anything unless it tastes good. I think this is the case with people who really like açaí, like me. People who like açaí really like it for the taste. There’s definitely a following, but without question, there are some that do not like the taste of açaí. Açaí is not for everyone, and for those who do not like açaí, they’ll probably dislike Cedilla.”

According to a recent article published in Brazil’s Claudia magazine (a woman’s health and lifestyle publication), “Açaí is rich in minerals like iron and calcium, carbohydrates and protein.”  However, the same piece warns that “one hundred grams of the fruit contains as much as 240 calories.” 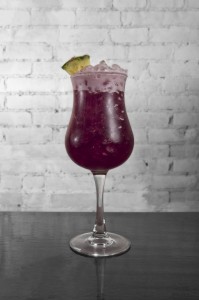 At a recent event at Leblon’s offices in New York, guests sampled various cocktails made with Cedilla, going from a modified caipirinha to Rio Royale (recipe below), a mimosa-like concoction made with Prosecco and a dash of the liqueur. In the caipirinha it adds tartness without taking away the basic personality of Brazil’s national cocktail, while with the Prosecco it added sweetness without overwhelming the flavor of the wine itself. On its own, Cedilla, which is made with unaged and unfiltered cachaça, has a bold fruity flavor that somewhat resembles mirto, the Italian liqueur produced in the island of Sardinia.

Cedilla is distributed in Chicago by the Wirtz Beverage Group, and should be hitting local bars soon enough. “We’re rolling it out now as we speak,” says Luttmann. “We expect to be national by April 1st, with twenty-five states up and running this month.”

Here are some recipes created from the new liqueur (all courtesy of Leblon):

In a champagne flute, pour in Cedilla and gently top with prosecco or other sparkling wine. Garnish with a lime zest.

Combine all ingredients in a mixing glass with ice. Shake well, and strain into a Collins glass over fresh ice. Garnish with a mint sprig and lemon twist.