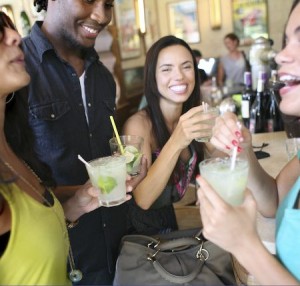 Over a year ago, Booze Muse published an article about the uphill battle that cachaça was fighting with The United States Alcohol and Tobacco Tax and Trade Bureau over the commercial name of their national spirit. The liquor was labeled “Brazilian Rum,” to the detriment and embarrassment  of fans, connoisseurs and producers, who argued that although cachaça bore some resemblance to the Caribbean favorite, the denomination was, as Leblon’s Steve Luttmann, stated then, misleading to say the least. “The issue is when consumers read ‘Brazilian rum’ on the label, they expect it to taste like rum,” he said. “Consumers taste it and find out that it really isn’t rum, and this creates a lot of consumer confusion.” Both liquors originate from sugar cane, but rum is distilled from molasses, whereas cachaça is distilled from fresh sugarcane.

After long negotiations that involved authorities from both countries, the two countries have finally reached an agreement. The United States TTB will authorize both the name cachaça and will recognize that it is a distinctive product of Brazil. In return, the Brazilian government has agreed to acknowledge both Tennessee Whiskey and Bourbon as distinctive products of the United States–an issue that had been causing similar consternation among American producers.

According to a press release from Leblon, this week United States trade representative Ron Kirk and the Brazilian Minister of Development, Industry and Foreign Trade Fernando Pimentel wrote official letters that begin the formal recognition.

Since we are talking about a Brazilian product, celebrating in the spirit of the country is in order. Leblon has organized several ‘Legalize Cachaça Happy Hours” throughout the country as well as in Brazil, where cocktails based on the spirit—including the now-famous caipirinha—will be showcased.  “It will be kind of like a Brazilian Tea Party,” Luttmann said over an email exchange about the New York event. “We’ll throw molasses into the Hudson.” (Ernest Barteldes)