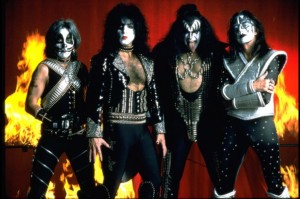 When I was young, I wanted to grow up to be a marine biologist, mostly because I assumed it involved swimming in tanks at aquariums and bonding with animals that wouldn’t bite my leg off. Then “Jaws” ruined my life, and I decided I wanted to be a boat salesman, because I would be safe from a watery massacre, yet still sort of involved in marine life. I liked water. So it makes complete sense that I am a writer today. At least there is no threat of sharks. I suppose we all go through drastic changes of job dreams. For some, we aspire to different things at young ages, and others go so far as to pursue different careers before changing tracks down the road. This is true of plenty of chefs, who either dreamed of different careers or actually achieved them before veering down the culinary path.

Joshua Kulp, chef/partner of Sunday Dinner Club and forthcoming Honey Butter Fried Chicken, has seemingly lived the lives of several different people. It’s remarkable that he has already managed to have a full-fledged teaching career, and then shifted to become a chef. His reasoning behind the two seemingly divergent routes makes sense, though. For him, it’s all about making an impact in the world, be it by educating youth or changing people’s perceptions about food. When he was younger, he thought jobs had to make an impact, and he didn’t know he could do this with something creative (e.g. a chef). Though he loved cooking, it wasn’t initially a career option. While attending school in Madison, Wisconsin, he ran a coffee shop using fair trade coffee and local, sustainable products, and he even spent four years in a nursing home with Alzheimer’s patients. This made him realize how important and life-changing one single moment could be. This ideology parlays to cooking, as one special bite can change someone’s thinking about food forever. But first came teaching.

After college, he wanted to make a bigger difference in the world, so he applied and got accepted to Teach for America. He trained in Houston and got placed in the Bronx as a fifth-grade teacher at the age of twenty-three. He calls this experience the most overwhelming and stressful time of his life, but “you just have to do it,” he says. And do it he did, earning a master’s degree in education while in New York City, and working there for three years. He eventually realized that he was not the best at getting students to pass tests, and he began looking for an escape, for what really moved him in the world. Since he loved cooking and eating, visiting ethnic grocery stores and restaurants during his free time, he realized cooking was his true passion. “I loved my students and I loved teaching, but I could not deny my true passion for cooking and eating,” says Kulp. Marcella Hazan, an “Italian grandma” responsible for some of Kulp’s most adored authentic Italian cookbooks, and Tom Colicchio, responsible for a truly life-altering meal at Gramercy Tavern, are two of his culinary heroes. Kulp was inspired by “really simple food rooted in tradition and alive with the seasons.”

Moving back to Chicago to pursue his new dream, Kulp attended culinary school and started Sunday Dinner Club, an underground dining institution he runs with co-chef and co-partner Christine Cikowski. Together, they work to be responsible corporate citizens with a connection to their community, supporting local food movements and improving access to good food for everyone. Through their passion and craft, he really believes they can have an impact on the world. 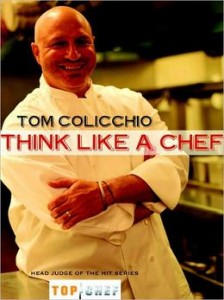 Kulp isn’t the only chef who has embarked on a drastically different career path. Before opening Floriole Cafe & Bakery, Sandra Holl was working in marketing in Oakland, California. She lost her job when the company she was working for was sold. With little time to reconsider what she wanted to do with her life, she decided to attend culinary school and ultimately chase the dream of owning her own pastry shop. After working at San Francisco’s Tartine Bakery, and getting her own business started at Chicago’s Green City Market, Holl realized her dream in opening Floriole.

Rob Levitt, the friendly neighborhood butcher at The Butcher & Larder, started off as a musician making the bulk of his income in a wedding band. He wanted to be a serious jazz musician, though, and playing weddings forced him into dance tunes, which he was not happy with. His passion for cooking led him to realize that music wasn’t for him, and it eventually led him to realize his true calling for butchering.

Then there’s Randy Zweiban, chef/owner of Province, who started off as a diamond setter before going to culinary school. The reason he got into the diamond industry is because he liked working with his hands, which came in “handy” as he altered his career trajectory to become a chef. He didn’t love diamond setting, and started taking cooking classes at night, until it was out with the diamonds and in with the spatula.

Paul Virant is famous for his arsenal of preserves and pickles at Vie and Perennial Virant. He also came out with a cookbook, “The Preservation Kitchen: The Craft of Making and Cooking With Pickles, Preserves, and Aigre-doux.” Little do people know that he once wanted to be a rock star, like many young boys. Rock music was a large part of the Virant family, and Paul’s father was into a lot of fifties and sixties rock and blues bands, from John Lee Hooker to Canned Heat. His older brother was into seventies rock, such as Kiss and Rush, so he grew up surrounded by musical influences. “We would sit in his room for hours and listen to records and he was a member of Kiss Army!” proclaims Virant. This contributed to Paul wanting to grow up and become not just a rock star, but a back-up member for Kiss. “I’m old school. I embrace traditional cooking and traditional rock ‘n’ roll,” he says. As to why that dream went away, he says he never learned how to play an instrument, but since his two sons are learning to play violin and cello, perhaps we can expect a Virant band at some point in the future.

Nathan Sears, Virant’s former chef de cuisine at Vie, who recently left to pursue his own restaurant project in Chicago, also had grand ambitions as a youngster. Due to an obsession with dinosaurs, Sears developed an interest in paleontology. Recalls the chef, “I remember living in Memphis and going to the museum called the Pink Palace and they had robotic dinosaurs right when you walked in. Life-changing!” Sears wanted to work in the field, and fantasized about recovering items from the Knights Templar, Indiana Jones-style. Though he still watches archeology and paleontology documentaries today, his childhood dreams were destroyed after realizing the years of extra schooling he would need.

If things had gone differently for “Top Chef” alum and Bar Pastoral chef Chrissy Camba, she may have appeared instead on Top Neurosurgeon. When she was young, she dreamed of being a neurosurgeon, probably due to her incessant watching of ABC News and “20/20” with her grandma. “I probably saw a brain surgery on the television and thought it was the coolest thing,” she says. This idea drifted away during college, as she was taking all the requisite classes with disinterest in all of them. Though she remains interested in science, it didn’t feel right for her as a career. “I think if it really mattered to me I wouldn’t be able to stop thinking about it,” she says. “Instead, I was figuring out what I was going to cook for everyone else that was studying.”

For Jill Barron, executive chef of MANA food bar, her initial career dreams were a bit closer to culinary, as her aspirations of becoming an artist dovetailed with those of a chef. Watching her mom paint is what intrigued her. The Barron household always had large-format art books around, and while her mom loved Impressionists, Barron developed an affinity for dadaism. Her favorite medium of art is watercolors and found object artistry, though she also loves to look at oil paintings. At one point growing up, she realized that art was a business, and since she had always been in the food and beverage business to support herself, she shifted her focus to cooking professionally.