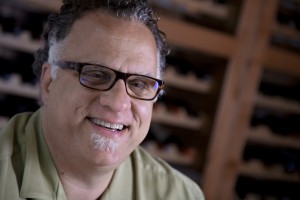 41
Jimmy Bannos
Chef/Owner, Heaven on Seven and Chef/Partner, The Purple Pig
Restaurants are in the Bannos blood. Jimmy Bannos reigns as the patriarch of a veritable restaurant dynasty in Chicago, cooly overseeing his Heaven on Seven empire and serving as co-owner of one of the city’s most popular restaurants, Michigan Avenue’s perpetually packed The Purple Pig, where his son Jimmy Bannos Jr. is executive chef. Following in his father’s culinary footsteps, Bannos started working in his dad’s restaurants at an early age, and he has yet to stop. The man knows hospitality and he knows good food, credited as the ambassador of New Orleans-style food in Chicago when he first opened Heaven on Seven in 1985. He’s authored books such as “The Heaven on Seven Cookbook,” makes regular appearances on national television programs, and he’s been ushered into the prestigious Chicago Chefs Hall of Fame, cementing his deserved status in the upper echelons of Chicago’s restaurant landscape. 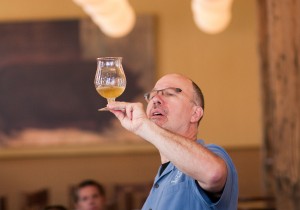 42
Ray Daniels
Founder/Director, Cicerone Certification Program
Recognizing the convergence of the craft beer explosion and the growing trend to pair beer with food in a serious way, journalist Ray Daniels founded the Cicerone Certification Program in 2007. The equivalent of a sommelier for beer, the Chicago-based program today counts more than 27,00 “Certified Beer Servers,” nearly 900 “Certified Cicerones” but only seven “Master Cicerones.” Today, Daniels serves as a tireless ambassador for his creation, traveling around the country making speeches and networking on the beer-festival circuit.

43
Justin Massa
Founder/CEO, FoodGenius
If you like to think of the chef as an artist, experimenting in his kitchen with just his palate and his wit to craft new delights, you’re going to hate these guys. This Chicago-based technology startup is bringing big data into the dining room, by tracking something like twenty-two million restaurant menu items from more than 100,000 menus in the US and parsing the information into action items for food purveyors. (Trending: French fries in upscale restaurants. Average price: $7.91.) On the other hand, according to Fast Company, FoodGenius has found that chain restaurants are, on average, more expensive than independent restaurants, so maybe there’s hope for the mad genius in the kitchen after all. 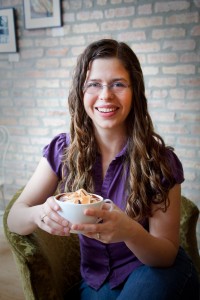 44
Katherine Duncan
Owner, Katherine Anne Confections
In the past five years, Katherine Duncan has gone from selling her hand-rolled truffles in farmer’s markets to opening her own store in Logan Square. She’s recently expanded from hot chocolate, marshmallows, truffles and caramels to serving sandwiches too. Her treats are available in Plum Market and local Walgreens and she frequently collaborates with chefs like Cleetus Friedman, Eddie Lakin, Heather Terhune and Bill Kim. It’s amazing how Duncan never runs out of delicious and unique flavor ideas, from blackberry fennel truffles to shandy marshmallows. 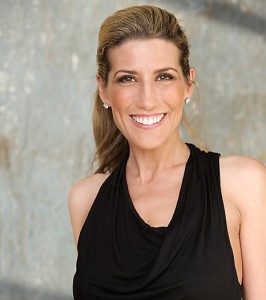 45
Catherine De Orio
“Check, Please!” host
Catherine De Orio has big shoes to fill as she steps in for Alpana Singh but longtime “Check, Please!” fans will fall for her warm smile and bubbly personality. She’s not just a pretty face though. De Orio attended Kendall Culinary School and has worked as a spokesperson for Godiva and Sara Lee and made regular appearances doing cooking segments on the Today Show and Rachael Ray. With this new gig, she’ll only expand her role as a top Chicago culinary tastemaker. 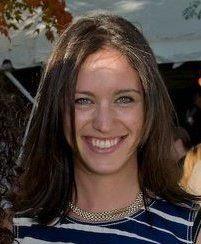 46
Sara Gasbarra
Founder/Owner and Lead Garden Girl, Verdura
Sara Gasbarra never sought out to become Chicago’s green-thumbed garden-whisperer, it just sort of evolved that way. Originally an art major, Gasbarra was not a gardener by trade. She got a taste for the green stuff when she started working for Green City Market’s Edible Gardens due to a lack of career opportunities in the art field. Realizing she had a knack and a passion for it, the art major felt gardening was a form of artistic expression itself. In 2011, she took the plunge on her own and founded her garden consulting company, verdura. Gasbarra curates and maintains on-site gardens for restaurants all over the city, from Floriole Cafe & Bakery (those herbs atop your pizza? She grew ‘em) to Acadia and growing.

47
Charles Joly
Beverage Director, The Aviary
Charles Joly was a mixology star as a bartender at the Drawing Room, but he’s gone supernova since moving to the Aviary last year. From his high-profile perch as beverage director at Next Restaurant’s sister act, Joly took home American Bartender of the Year honors from last month’s Tales of the Cocktail conference in New Orleans after Aviary was named Outstanding Bar Program at the James Beard Awards in May. Joly has a true passion for crafting cocktails, and he and the Aviary team continue to innovate even while delivering fresh twists on some of Craig Schoettler’s creations. The place remains expensive and friendly fussy, and you might spot chef-owner Grant Achatz lurking pensively in the main room’s dark shadows on a given night, but this remains one of the most exhilarating cocktail adventures you’ll find anywhere. 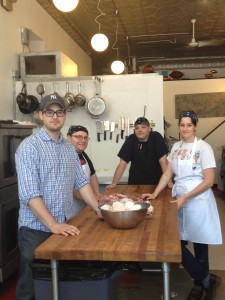 48
Rob and Allison Levitt
Owners, Butcher & Larder
It’s not just that the meat is local and incredibly fresh; Rob Levitt brings a kind of knowledge and care to the art of butchering that seemed, until recently, to be lost to the ages. The mission at Butcher & Larder is to bring restaurant-quality meat to the masses, while prodding customers to know the animal producing their meat as he educates them on every mouth-watering part. Along with the rotation of delicious fresh sausages, charcuterie, lunches and the occasional workshop, Rob and Allie’s personal investment in their community and their meat elevate B&L far beyond a simple butcher shop to protein powerhouse.

49
Charlie McKenna
Chef/Owner, Lillie’s Q
Heat and smoke are usually two of barbecue’s best friends. That was not the case in March when a faulty water heater started an after-hours blaze that shut down beloved Bucktown rib joint Lillie’s Q. But chef Charlie McKenna and his crew kept the barbecue flowing at the Lillie’s Q French Market location even as the main location was rising from the ashes in a surprisingly speedy three months. Raise a glass of Lillie’s moonshine in honor of their grace after fire.

50
Janet Isabelli Wilkerson
Founder, Isabelli Media Relations
After nine years running and expanding the Chicago office of Wagstaff Worldwide, Janet Isabelli set up her own shop in 2011. Isabelli Media Relations quickly became one of the city’s premier PR firms focused on the hospitality industry. IMR’s client roster includes the two biggest celebrities in the Chicago restaurant business—Donald Trump (who followed Isabelli from Wagstaff) and Michael Jordan—as well as its most important annual foodie event, Chicago Gourmet. The rest of the client list, which ranges from Twisted Spoke/Lush, 2 Sparrows, Eno and The Gage/Henri to the Boarding House, Ada St., Mercadito, Tavernita, Slurping Turtle, Lao 18, Tortoise Club, bellyQ, mk, the Florentine, Takashi and the Tippling Brothers, is impressive as well. The Chicago native has succeeded with a smart combination of old-school media placement (developing strong relationships with journalists, understanding what they need and consistently delivering it) and new-school savvy (a strong social-media focus and a virtual company model that keeps overhead low even as IMR continues to grow). This is one press shop that consistently punches far above its weight.