by Brian Hieggelke
December 5, 2013Filed under: 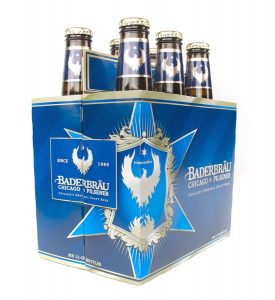 What’s old is new again, as Baderbräu, Chicago’s original craft beer, makes its triumphant return to the city. Chicago’s craft beer scene wasn’t always as vibrant as it is today and, in the early 1990s, Baderbräu was one of the only locally produced beers on the market. But just as quickly as it rose in popularity, so too did it deflate, all a matter of growing too big too soon. However, a Baderbräu renaissance is afoot, and it’s all thanks to beer savior Rob Sama.

Baderbräu was founded in 1989 by Ken Pavichevich, a former Chicago police officer with an ardent passion for beer. After falling in love with European-style beers, the burgeoning aficionado started raising money to build his own brewery in Elmhurst and give Chicago the kinds of craft brews he came to love in Europe. At its peak, Baderbräu was responsible for seventy-five-percent of Chicago’s craft beer consumption, wooing beer-lovers such as Sama, a finance student at the University of Chicago, who was getting into craft beers just as Baderbräu was hitting its stride. “If you could walk into a bar and see a Baderbräu handle, it meant you would be drinking good beer that night,” says Sama on the state of Chicago’s beer landscape at Baderbräu’s apex, wherein their beers were sold at more than 200 bars and restaurants throughout the city.

In 1997, Baderbräu ran into problems. The brewery had production capacity for 50,000 barrels annually, yet they were only putting out 15,000. Eventually banks usurped the brewery, and right at the time Goose Island was rising in prominence, the new big brewery in town purchased Baderbräu out of bankruptcy. They continued to brew Baderbräu until 2002, when they phased it out in favor of their own brews. 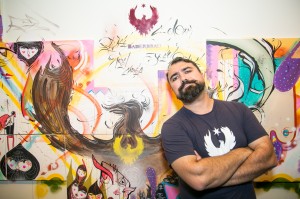 “Whatever happened to Baderbräu?” mused Sama one day in 2010, as he got to work crafting a Baderbräu fan page out of nostalgia. He went even further, looking up the trademark for Baderbräu and discovering that it was available. Things kept snowballing, and eventually Sama was forming Baderbräu Brewing Company and tracking down Baderbräu’s original master brewer, Douglas Babcook. After Babcook gave Sama the recipe for Baderbräu’s Original Pilsener, it was time to get to work reviving this Chicago classic. This Czech-style Pilsener, Sama explains, packs a hoppy bite in front, sweetened with notes of caramel. “The Pilsener is a gateway beer to convince people that craft beer is the way to go,” says Sama of the beer that opened his eyes and the beer he hopes will do likewise for others. Along with the Pilsener, Sama has added an Oktoberfest and plans to roll out a wintry bock in January called Red Velvet, which he describes as thick, sweet, and syrupy. He’s currently in the process of scouting brewery locations to house all Baderbräu production. Baderbräu is available at all Binny’s and a few bars such as Maria’s Packaged Goods & Community Bar and Emporium Arcade Bar, with plans to expand to Jewel and Mariano’s in the near future. (Matt Kirouac)