by Brian Hieggelke
January 17, 2014Filed under: 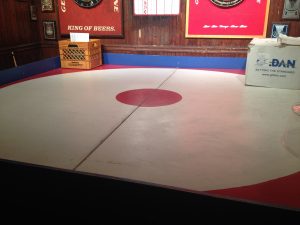 During the holidays, a merry malaise sets in. We can float along on ham sandwiches and movie marathons without ever fully achieving in-the-moment consciousness. It’s bliss, and the happy numbness tends to permeate our holiday conversation as well. Some Navidad novocaine turns a frustrating year at work into “a learning experience,” your crazy cousin into “a free spirit trying to find her way” and, most dangerously, your half-hearted plans for future self-improvement into “a great opportunity for personal growth.” Though well-intentioned, these statements are safe and empty, and they set a passive tone for the days to come. There’s nothing like a big pot of black-eyed peas and euphemism to ring in the New Year, right?

Luckily, this doesn’t have to be a bad thing, provided your execution is on point. Check it out. I made five New Year’s resolutions, each as unoriginal and armored in doublespeak as a cowardly breakup text. But to spice things up, I paired each goal with a “corresponding” bar—one for each of the five days between Christmas and New Year’s Eve—in hopes of enhancing my experience and kick-starting 2014. At worst, I have a few drinks, plus add some excitement and structure to this awkward chunk of time. And at best, I take tired clichés and turn them into actual progress toward self-improvement, thus cracking the New Year’s Resolution code. It’s a win-win. 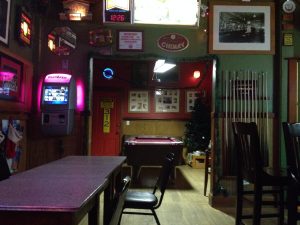 The Chipp Inn, 832 North Greenview
In recent years, I was content to occasionally name-drop my man Ludwig Mies van der Rohe, stretching my arms skyward to frame his distinctive steel and glass structures for my out-of-town friends as we walked around the Loop. I was more sidewalk Vanna White than true Chicago history buff. But the Chipp Inn, the century-old corner bar in Noble Square, that was some history I could dive into. It’s palpable right as you walk in, feeling more like Ditka’s living room than an actual watering hole. Take a tour of the Midwest with a “Grab Bag,” a $1.75 beer selected at random by the bartender from a cooler on the floor. As you order, you may even notice the small chunk missing from the bar, the result of a desperation shot misfired by a robber in the sixties. If not for a fortuitous visit from one of Chicago’s finest, who barged guns-a-blazing out of the john to thwart the robbery, we may not be talking about this place. But the bar survived, and I’m a better Chicagoan for it. 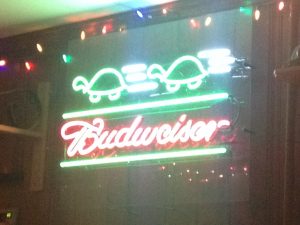 Big Joe’s, 1818 West Foster
My fantasy football season is (mercifully) over. The start of kickball and softball leagues is months away. And every time I play beer pong, my floors end up stickier than some freshly legalized Colorado ganja. My discovery of Big Joe’s, then, came just in time. The beer is cheap, the people are friendly and the Friday night turtle race will light a competitive fire deep in your loins. It’s “ten seconds of action followed by five minutes of staring at reptiles,” says the grand prix MC. True, but those first ten seconds are a blast, like the whole bar taking a collective whip-it to the face. Just before the final race of the evening, I ordered one last PBR pitcher—served with red cups and a string of raffle tickets—and awaited the random selection of six participants. And wouldn’t you know it, I was chosen sixth, leaving me with Jolanda, “the slowest f*ckin’ turtle.” True to her name, she finished last, and I was awarded a free beer. Luck must be on my side this year, and slow and steady wins the race.

December 28: Get my dance on

Danny’s, 1951 West Dickens
Like its resolutionary cousins—“Switch up my wardrobe,” “Join a gym,” “Adopt a puppy”—this typically means “Meet, impress, pick up more women.” But this year, my only agenda is to get funky on the floor like an old batch of collard greens. And for old school hip-hop, house and Latin dance music in the wee hours, Danny’s is your spot. On this quiet, residential block in Bucktown, “Danny” is something like the kid whose parents are always out of town. He always has a good selection of craft beer at his living-room bar, he’s nice enough to check my coat for free, and as I go deeper inside, each room is more intimate than the last. The tone of his vinyl collection makes me want to say words like “timbre,” and I debut my new moves to the rhythm of his bass-heavy Afrobeats. The cute girl who stood behind me in line is watching. Feel free to stare, lady, but these ain’t for you. 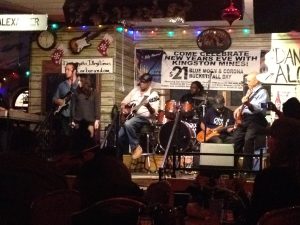 Kingston Mines, 2548 North Halsted
I know. I may as well be telling you to travel more and take a photo holding up the Leaning Tower of Pisa. This is about as cliché a resolution as it gets, and the venue has been discussed ad nauseam by blues lovers for decades. But that’s just fine by me. Because this isn’t just live music. On a Sunday night, it’s suggestive story time and a raw, steel-stringed pep talk from the legend Linsey Alexander. It’s those backing guitars, those keys, that bass, each of which could lead its own band. It’s the sheer joy of watching a middle-aged out-of-towner in Dad jeans clap and sing along to Linsey’s “Meet Me With Your Black Drawers On.” So yeah it’s been done, but rarely like this.

December 30: Learn to manage my money

Ceres Cafe, 141 West Jackson
If five bars in five nights—bookended by two very expensive holidays, no less—isn’t a sign that I need to better budget the ducats, I’m not sure what is. So I took it to the Board of Trade for my final act, where I hoped to learn some fiduciary responsibility by osmosis at the Ceres Cafe on the ground floor. I took a seat at the long, serpentine bar in the back of the bright restaurant, and I took it all in. There were brokers having beers and speaking industry lingo—“I slept with this chick Saturday that’s getting married in February… or maybe March”—and plenty of other folks just catching up with friends. There were homemade soups and excellent pulled pork fit for a Wall Street fat cat. And there were drinks: a 4.5 ounce pour of gin with a tiny splash of tonic that would’ve knocked Roger Sterling on his ass. It cost me a mere $6.50, and I felt more in tune with the market with each hard-hitting sip. At the end of my quest, somehow I was richer than when I started.

There’s a lesson to be learned here: Within every lazy resolution is an opportunity for real results. Simply add some initiative, an open mind and a dash of communal drinking, and this might just be the best year ever.