by Brian Hieggelke
January 31, 2014Filed under: 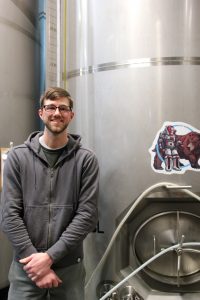 It’s safe to say people are familiar with the pairing of gin and juice, but the pairing of gin and beer? In a bold, tasty experiment, Half Acre lead brewer Matt Young decided to couple Half Acre’s Pony Pilsner with gin barrels from Kentucky-founded micro distillery, Corsair. The concoction: a gin-barrel-aged beer entitled Gin Pony.

What sparked the experimentation?

“The idea for aging a beer in a gin barrel was mostly born from the opportunity to do so,” Young says. “Corsair had the barrels, and my good friend Steve Whitledge at Corsair was really talking them up. I think he even suggested aging a pilsner in the barrel.”

This suggestion became reality, leading Half Acre to age a small batch of their Pony Pilsner in Corsair barrels.

Along with Steve’s suggestion, Young chose a pilsner for its bitterness and dryness. “The clean malt flavor foundation with a firm bitterness on top plays well with the bitterness from the botanicals that the gin brings to the party,” he says. 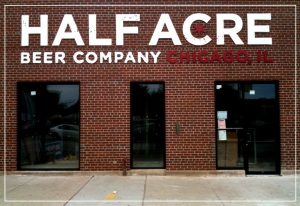 After being barrel-aged for one to two weeks, the beer is complete and, as Young describes, ends up possessing “a sweet oak aroma that mixes with a clean malt aroma. The flavor is crisp, dry and finishes with a botanical and gin-focused flavor.”

The barrels provide the gin influence, but also hold other characteristics that play into the beer’s complexion. These characteristics come from what the barrel held before the gin.

When talking about the barrel, Young explains that its first fill is rum produced by Corsair. The rum is spiced with vanilla, citrus peel and coriander. Once the rum is ready, the barrel is emptied. After emptying, not all the spices go with the rum. Some are left behind in the barrel’s oak wood. 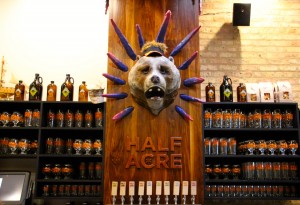 Even though the spices remain, Corsair refills the barrel with a variation of their original gin and lets it age for a couple months. Once the gin is drawn out, Half Acre acquires the barrel, which now carries not only gin and botanical flavors, but spices from the rum as well. “Some of that spiced rum warmth comes through in the aroma of the beer,” Young says.

Because it’s an experiment, Gin Pony is a limited-release brew, so its availability is short-lived. The second batch ran its course in December, but Young has another batch available now and hopes to make Gin Pony a reoccurring creation. (Ben Kramer)