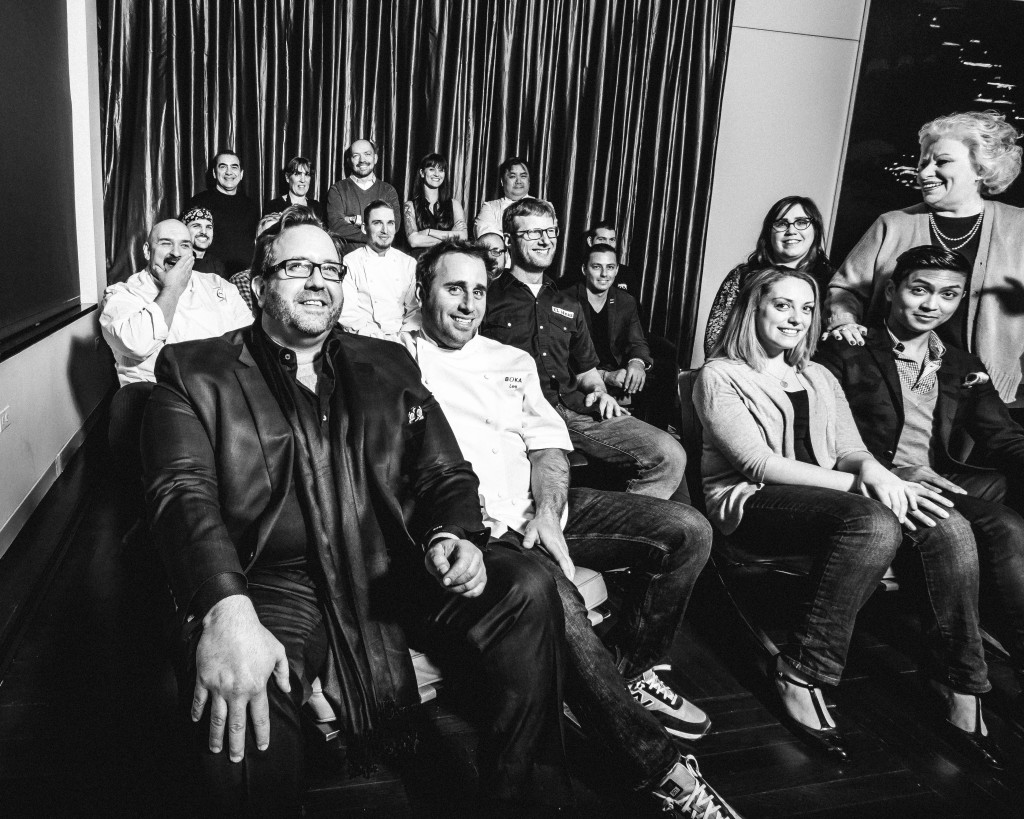 This year’s selection of Chicago’s dining and drinking leadership focuses on the artists behind the beautiful and delicious compositions on our plates and in our glasses. A few on our list may be celebrities, at least in the food community, but that’s not why they got into this business, with its long hours, burnt fingers and demanding customers. Whether it’s food or drink, fine dining or pizza, salumi or chocolate, these chefs, mixologists and artisans toil behind the scenes so that we can enjoy some of the finest and most innovative food and drink in the country. It’s thanks to this impressive group—and the hundreds right behind them on our ever-growing short list—that Chicago is considered a national culinary treasure. It’s unquestionable that we lost one of our giants this past year with the passing of Charlie Trotter, but his legacy is carried forward in the artistry of the many who served under him. And they, in turn, are inspiring the next generation to learn classic cooking techniques, respect the work of legends past and dare to innovate. Oui, Chef. (Amber Gibson)

All photos taken on location at the Arts Club of Chicago by Joe Mazza of BraveLux.

1
Paul Kahan
Chef
Is there anything left to say about Paul Kahan? He is one of Chicago’s most beloved chefs, a national ambassador for Chicago cooking, a legend in the industry and leading Chicago’s charge at the James Beard Foundation awards this year. The roster of One Off Hospitality, his restaurant group that includes Blackbird, avec and Nico, reads like a weekend to-do list to die for. But what keeps Kahan important, year after year, is his infectious passion for food and cooking. Many of the chefs on this list readily name him as the kind of chef they still aspire to work with and, eventually, to be. When you’re inspiring the greats, you must be doing something right.

2
Grant Achatz
Chef
Alinea might be one of the best restaurants in the world according to Michelin and Elite Traveler, but Grant Achatz recently expressed interest in redefining his hallmark restaurant. Yet how would one redefine an experience that is known for being dynamic? Achatz’s answer is simple: change aesthetics down to the once iconic service-wear and bring in global influences that gastronomy has until recently ignored. With a legion of talented collaborators to inform him of new ingredients and techniques, and two other widely dynamic venues to test concepts at, Achatz will remain Chicago’s greatest culinary asset for the foreseeable future.

3
Stephanie Izard
Chef
Stephanie Izard became a national name in 2008, when she became the first woman to win Bravo TV’s culinary competition show, “Top Chef.” At that time, Izard had been cooking in the city for over six years, making her bones at places like Vong and her own Scylla. Her newfound fame helped Izard open The Girl and the Goat in 2010, which is still as busy as ever. Two years later, she followed up with the diner and café, Little Goat. Her latest venture is The Flavor by Stephanie Izard, a series of rubs and sauces used in her restaurants now available for home cooks.

4
Rick Bayless
Chef
Molecular gastronomists often portray themselves as scientists at the forefront of cooking, searching for new innovations. In contrast, Rick Bayless—author, TV host, and the mastermind behind such Chicago institutions like Frontera—has always been more like a wizard, delving into old books to unearth arcane secrets of the past. Nothing exemplifies this more than Topolobampo’s new “gastronomical history lesson” menus, which posit a core to Mexican cooking that precedes Columbus—the first one: Mexico City 1491. But Bayless hasn’t completely forgotten the present, with a planned Wicker Park location for XOCO. And with an entirely new restaurant in the works, he may yet dominate the future. 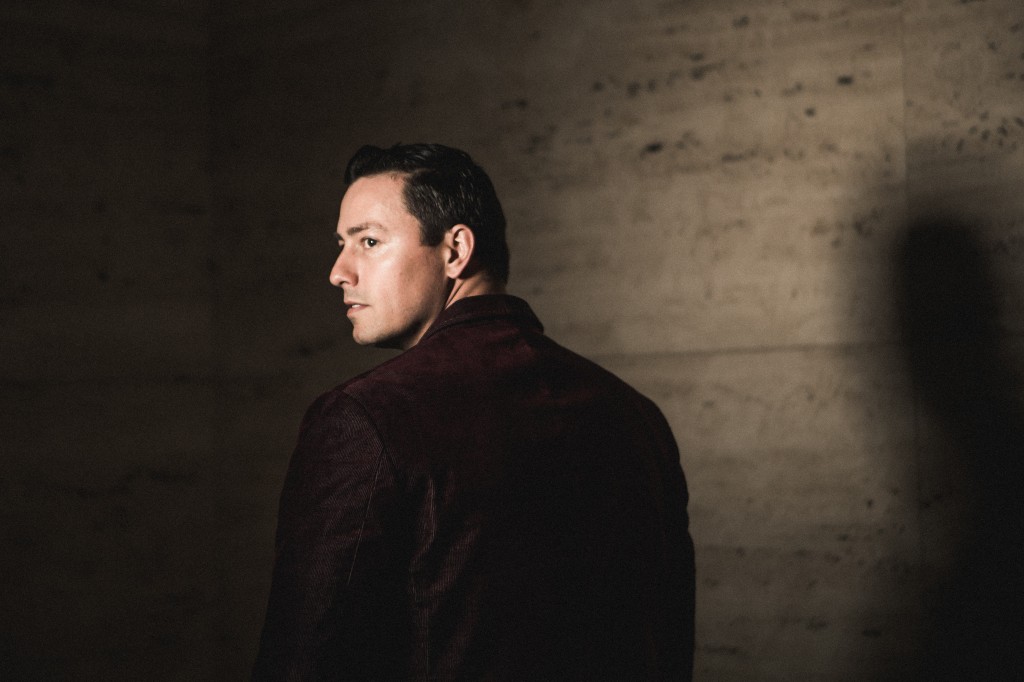 5
Curtis Duffy
Chef
2013 was definitely Curtis Duffy’s year. His restaurant, Grace, entered the Michelin guide at two stars and he completely dominated the Jean Banchet awards. Though Grace hasn’t quite reached Duffy’s three-star ambitions, it’s been exciting to see what he can do on his own. As Matthias Merges says of Duffy, “For him to articulate his vision, purely, rather than with a hotel or in another setting where there have been multiple hands in the pot, he’s done really well.”

6
Matthias Merges
Chef
2013 ended up not quite being the year that Matthias Merges had planned. Despite A10’s successful opening, his Hyde Park blitz hit its own Battle of the Bulge. A dispute over liquor laws put enough of a brake on Yusho Hyde Park that Yusho Las Vegas will open first. However despite any setbacks, Merges is still riding quite the creative high. Billy Sunday remains a fun Logan Square haunt, while Yusho’s Japanese styles mixed with Merges’ flair is great enough to receive praise from the likes of Grant Achatz.

7
Carrie Nahabedian
Chef
She was the first female chef in the city to receive a Michelin star (this year, she was joined by Elizabeth’s Iliana Regan) and fourteen-year-old NAHA has impressive staying power. Since winning the James Beard Award for “Best Chef” Great Lakes in 2008, Carrie Nahabedian has received many more nominations. Last year, she opened her second restaurant, Brindille, serving the same elevated cuisine as at NAHA but with a French focus instead of a Mediterranean flair. While chefs open casual concepts to appeal to the masses, Nahabedian isn’t afraid to serve elegant food and charge accordingly.

8
Thomas Lents
Chef
Now in his third year as executive chef at Sixteen in the Trump Tower, Thomas Lents raises the bar for himself higher each season. His tasting menus are spectacular narrative tapestries which garnered the restaurant two Michelin stars this year. Far more than mere sustenance or collections of individual flavors, the menus are harmonious and cerebral, each course a new thought-provoking twist in the dialogue with diners. Lents’ new spring offerings may be his most ambitious to date—two autonomous yet complementary menus (telling two intrinsically related stories) inspired by the day and night sky just outside Sixteen’s windows.

9
Homaro Cantu
Chef
Homaro Cantu can be seen as the mad scientist of molecular gastronomy. While Moto and iNG remain cool, his crusade for “the Miracle Berry” can seem quixotic. With Berrista, Cantu is attempting to bring his concepts to our mouths “in a way that people can understand.” Teaming up with former cohort Jeffrey Mauro, Cantu promises that the berry will make his coffee joint’s pastries superior to their sugary counterparts. Though we’ve been skeptical of his obsession, Cantu’s assurance that “flavor is key” gives us optimism that we might be able to “enjoy [our] vices” sans guilt. Berrista opens late spring.

10
Iliana Regan
Chef
Since 2008, Iliana Regan has gone from selling her pierogi and foraged items at farmer’s markets to indulging fans with extensive tasting menus at an underground supper club held at her apartment to opening a Michelin-starred restaurant. At Elizabeth, Regan serves new gatherer cuisine, inspired by René Redzepi’s hunting and gathering style at Noma, but with a uniquely Midwestern twist. The self-taught chef is an expert at spinning creative courses out of ingredients like snails, bear, cattail pollen and a plethora of mushrooms.