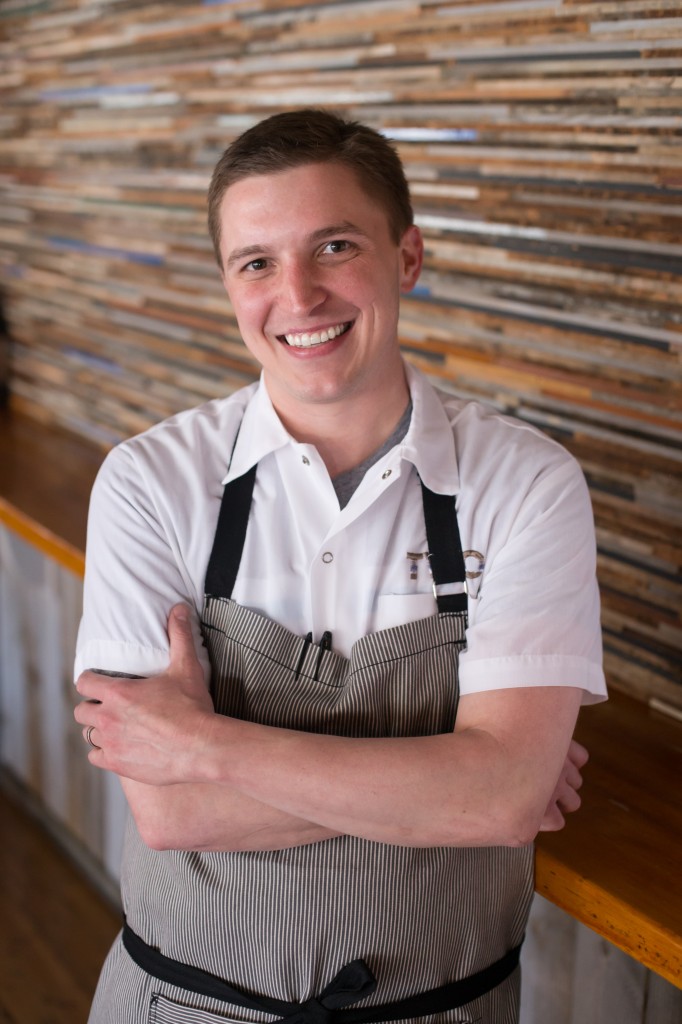 One of the most adventurous and memorable meals I’ve ever had was at Alinea, Chicago’s only Michelin three-star restaurant. Chef Grant Achatz is a culinary artist of major significance, challenging diners and pushing into new frontiers of food experimentation.

The food of Achatz is almost as much about the mind as it is about the stomach. One thing you would not say about his food, however, is that it “sticks to your ribs.” It doesn’t, and it wasn’t meant to.

For Tom Van Lente of Two Restaurant and Bar (1132 West Grand), however, that’s what comfort food is all about.

“To me,” Van Lente says, “comfort food is rib-sticking good, with lots of fat and butter (that’s not a bad thing!). Comfort food has to be something that’s going to weigh you down—and keep you satiated—for hours afterwards.” 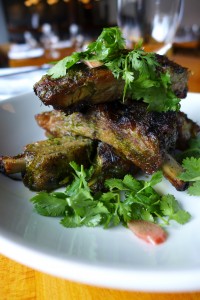 For Van Lente, comfort food is determined by what we enjoyed when we were kids, foods that made us feel good to be alive, nothing fancy about it.

“Going back to childhood memories,” recalls Van Lente, “I absolutely remember going to the little local hotdog place after baseball games for chocolate malts. A chocolate malt, to me, is comfort in a glass: the heartiness of it, the richness of it, that weird plastic-y mouth feel you get when drinking it. It’s not global cuisine by any means, but it will always remind me of growing up and how lucky I was to enjoy chocolate malts with my friends.

“Growing up with my dad, the comfort food experience was all about getting on a boat on Lake Michigan and going to catch perch and smallmouth bass. Then we’d start up a fire on the beach and cook some dinner. And that, to me, was comforting, and it was very simple: Lawry’s seasoned salt, pepper, little bit of butter, that was it.”

Just as there’s comfort food for Van Lente—food that reminds him of happy times with his family—there’s also food he avoids because it brings back painful memories. And just as there’s food that gives us comfort in a time of stress, there may also be food that can actually cause stress.

“Mom passed away in ’07 when I was twenty-five,” says Van Lente, his voice dropping slightly. “Ovarian cancer. After spending years and years at Northwestern, there are certain things that still remind me of her and her struggle. The things I was eating or drinking at that time—I can’t eat or drink those things any more. For instance, Santa Margherita Pinot Grigio was my mom’s wine of choice, something we would always have at the dinner table. Since she passed away I just can’t, I just can’t drink it. If someone gets a bottle of it at the table, I order something else. I can’t drink it. It’s discomforting.”

“Or the food at Au Bon Pain. I can’t eat food from there anymore, not that it’s bad or anything, but we ate so much of it during that time my mom was in the hospital—just eating for energy when we had to. Now I have a hard time even driving past there without having a bad memory.”

The food enjoyed with his mother is the food Van Lente most associates with comfort.

“My mom was a fantastic cook. She baked ribs in a sauce that was just butter, brown sugar and mustard. So she would just bake them low and slow, just baste them with that sauce. At the restaurant, I do exactly what she did with the ribs.

“When she was in the hospital, day after day, we’d just talk about food. Her goal, which she passed on to me and my brother, was to keep it simple. My mom’s simple recipes for ribs and sauce are now on my menu. Very comforting.”

“When my farmers get ribs,” says Van Lente, “they know to call me because I’m probably going to take them. We’ve done baby backs and St. Louis spare ribs. The recipe doesn’t change. Like my mom taught me, I keep it simple.

“The most important thing is to salt and pepper the ribs aggressively. Then with a little bit of olive oil and a little bit of stock in the pan, I put in the ribs and cover them in foil. They go in for about three-and-a-half to four hours at 300 degrees.

“At Two, we just pull them out and let them chill for a while; on pick-up, we grill them and put on the sauce, which is also very simple.”

“In a saucepan, combine all ingredients and melt together, stirring with a whisk. Once combined and simmering, let the sauce simmer for five more minutes and re-season with salt and pepper to taste. When the sauce is ready, it can be used as a glaze for just about anything on or off the grill!”