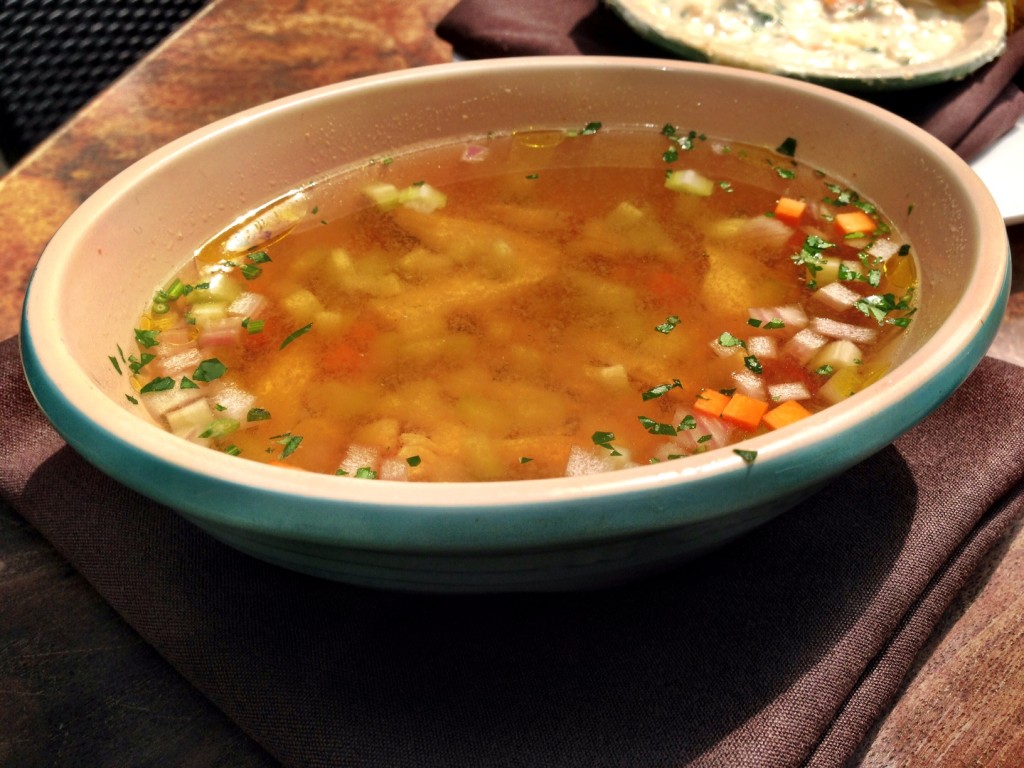 “The whole thing about having comfort food when you’re sick,” Walton argues, “is misconceived. I’ve been sick with the flu enough to know that a good bowl of soup is very easy on the stomach, not a lot of acidity, I get it. But for me, chicken soup is a hearty meal, and that’s very comforting—and you don’t have to be sick to be comforted.

“My mom made the best chicken soup, often from scratch, and never from a recipe. I know she had some cookbooks, but I never saw her use any of them. It was all in her head. And she didn’t make chicken soup for me because I was sick. She just made it because I liked it.” 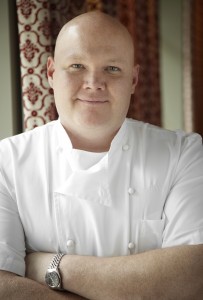 Smells are powerful triggers of memory, and Walton remembers that the smells of his mother’s soup would permeate the household. “The smell is sometimes more important than anything else. When a plate is put in front of you, the first impression is smell, and then your salivary glands start going, and you just can’t wait to get into it. At least, that’s what happens in my brain. Walking in after school in the middle of winter— frozen from a thirty-minute bus ride—I’d be warmed throughout by just the smell of my mother’s chicken soup.

“For me, chicken soup still brings back warm memories of growing up in a happy home in Ottawa, Illinois, where simple food was appreciated and celebrated. I’ll never forget it, but it’s more than a memory to me. The simplicity touches my soul, and sometimes in a city like Chicago, simple food gets overlooked. Everyone seems to think more is better, but for me, less is better. I’m trying to get my guys to work with four or five ingredients, not fifteen, not thirty.”

The soulful simplicity of food that’s not over-worked or ingredient-heavy is apparent on the Howells and Hood menu, which features classics of stripped-down simplicity like carnitas, fish and chips, and spaghetti with meatballs (though with this dish, Walton bumps up the flavor quality with black garlic and Cedar Springs lamb).

“If you buy the right food and treat it properly,” says Walton, “you can let the flavors shine all on their own. I look at my mom’s food, and she didn’t have access to the kind of resources we have here, yet she made food that made me feel great. It’s simple food executed brilliantly, which is not always easy to do in a 700-seat restaurant.”

In his mother’s kitchen, Walton learned about the feel-good power of simple food and some basics of the trade that he still puts to use today, like how to break down an animal. “My mother can still butcher better than me,” says Walton. “It might be because she did it so many times over the years. She’s so quick and accurate. Chickens were on the farm and they were just so cheap, so that was the meat we ate.

“For chicken soup, I like to serve a rich fortified broth. We butcher all whole chickens in the restaurant and have a chicken stock going most of the time.”

I mentioned to Walton that for years, before we started making our own chicken stock, we used to buy pre-made stuff in cans from companies like Swanson and College Inn. Today, those store-bought varieties of stock seem like merely lightly tinted water with salt added. Like all professional chefs, Walton is a big proponent of making his own broth, saying “The flavors you’re going to get from the bones, and any little bit of left-on fat, makes for a much more complex stock. It’s very simple: just root vegetables, herbs, parsley and a bay leaf. You cannot get that in a commercially produced stock. Sometimes I think they just wave some chicken near the water and call it ‘stock.’ The color is coming from turmeric; it’s not the beautiful golden color that comes from chicken. And you’re not going to get that gelatinous flavor and mouth feel unless you use real bones.”

At Howells & Hood, Walton says he has chicken soup on the menu during the cold weather season.

Directions:
1.   Over medium heat in two tablespoons of olive oil, sweat half the onion until translucent.

2.   Add half the carrot, celery and celery root; sweat for three minutes.

4.   Add the sachet, whole chicken, and chicken stock; simmer until chicken is cooked through and tender.

6.   In another pot, heat remaining olive oil over medium and add remaining onion, carrot, celery and celery root; sauté for one minute.