by Brian Hieggelke
November 13, 2014Filed under: 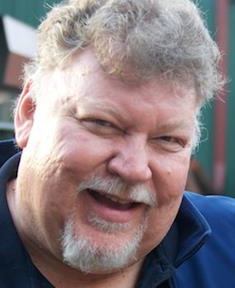 Chuck Cowdery is a world-renowned, Chicago-based whiskey writer and the author of several books, including his recent: “Bourbon, Strange: Surprising Stories of American Whiskey.” He is a Kentucky Colonel and a member of the Kentucky Bourbon Hall of Fame.

We met up with Cowdery last spring in Louisville, where we both attended a series of events related to the Bourbon Classic, a celebration of America’s native spirit. As the snow starts to fly in Chicago, we sought Cowdery’s advice as to what bourbon we should be considering as we nestle into winter.

Let’s say I’m a bourbon beginner. What three bourbons do I really need to have—and why do I need to have them?
Maker’s Mark is a good place to start. The mild, wheated bourbon recipe, which contains no rye, makes this bourbon easy to drink. If you find Maker’s Mark too harsh, you’ll probably never like bourbon. Buffalo Trace is a more traditional rye-recipe bourbon but very well-balanced. If you like both of those, try Bulleit Bourbon. It contains twice as much rye as most rye-recipe bourbons. If you like all three, then you’re ready to try everything else. 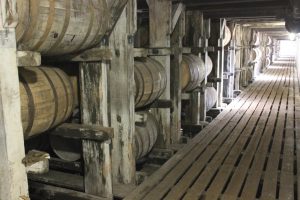 Let’s say I’m an experienced bourbon drinker. What three bourbons do I really need to have, and why do I need to have them–and why do I probably not have them already?
Ridgemont Reserve 1792, because it’s a unique recipe from a small distillery with a limited distribution. There’s a good chance you’ve not only never had this bottle but that you’ve never had anything from this distillery. Mellow Corn because corn whiskey is proto-bourbon and, again, you’ve probably never had that before, and if you love bourbon, you really should. Mellow Corn is pretty tasty because it’s been aged a little bit in used barrels. Parker’s Heritage Wheat Whiskey is good for experienced bourbon drinkers because few have ever tasted thirteen-year-old straight wheat whiskey. None of these bourbons are super old, super expensive, or super hard-to-get, which is the kind of bourbon favored by many experienced bourbon drinkers. That’s why I didn’t mention any bourbon like that.

Labels contain a lot of information. When you read a bourbon label, what are you looking for? What information is helpful and what’s not?
Age and proof are always good to know. If I’m unfamiliar with the product I look for the words “distilled by.” I want to know who made it. Is the label telling me something or trying to keep me from finding out something? A lot of fluff copy about “finest” this and “best” that just makes me suspicious.

What foods go well with bourbon?
Because bourbon has such a robust flavor, you want to match it with strongly flavored foods like barbeque, red-sauce Italian, steak, chili, that sort of thing. For dessert, it pairs well with chocolate and dark fruit.

We heard that mushrooms improve bourbon’s taste–any truth to that?
Mushrooms play an indirect role, as certain species of microscopic mushrooms help break down the oak from which barrels are made during the seasoning process, releasing sugars and other flavors, as explained in my new book, “Bourbon, Strange.” 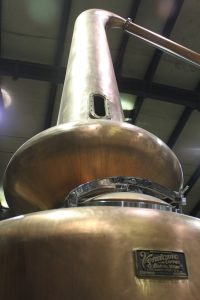 As far as bourbon-drinking venues, we know you’re partial toward Delilah’s (2771 North Lincoln). What’s your second choice for a place to drink bourbon in Chicago?

I like Sable (505 North State). I like the staff and the street view from the bar, plus the food is good. It’s also pretty much as unlike Delilah’s as you can get–and I like variety.

Fireball is what everyone seems to be drinking. What do you think of Fireball?
Fireball is the pop spirit of the moment, a fad. Ninety percent of the people who are drinking it now will be drinking something else by this time next year. There’s always something like this in the market. It’s always something extremely sweet, with a flavor that masks the alcohol. People like the flavor and the price, and because whiskey is hot at the moment, people drink it who want to think they’re drinking whiskey. Also Sazerac, the company that owns it, has a very good ground game so they’re able to effectively execute the marketing and promotion of Fireball all over the country with no advertising.

What are one or two things about bourbon that everyone should understand?
Bourbon whiskey is a unique product, created in the United States, and equal in quality and complexity to any distilled spirit product made anywhere else in the world. Bourbon is an all-natural product whose authenticity is protected and guaranteed by U.S. law.

Your earlier book, “Bourbon, Straight,” is an essential primer for anyone who wants to know more about this American spirit. Tell us about your newest book, “Bourbon, Strange.”
“Bourbon, Strange” is less of a primer and more of a storybook. There are a lot of whiskey books out now and while many of them are excellent, they all tend to cover the same ground. In “Bourbon, Strange,” I tell little-known stories that get at what makes this relatively simple product so endlessly fascinating and a bit strange. I take on a lot of subjects, like religion, that most people won’t. I talk about companies and their bad decisions. I name names. It’s not a big exposé, but it’s some fun stuff you otherwise might never know. Fair warning though: there are no cocktail recipes in “Bourbon, Strange.”