by Brian Hieggelke
January 22, 2015Filed under: 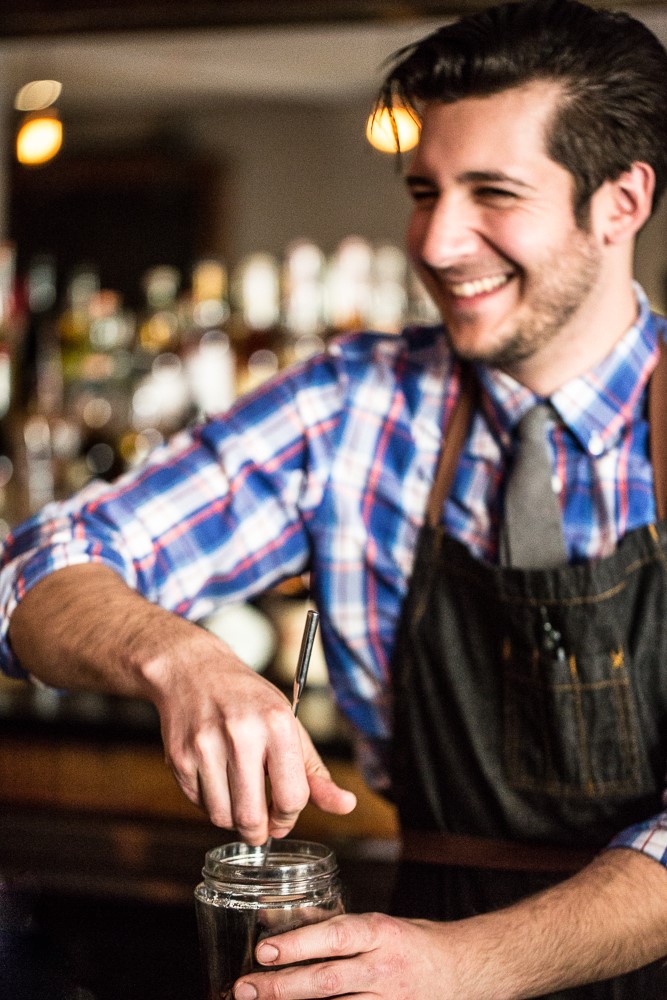 “Bitters” is a term applied to three different types of beverages.

Cocktail bitters come in little bottles, herbal concoctions you drip into a Manhattan or a Singapore Sling. The most popular cocktail bitters are Angostura, though serious cocktailians must have more; at Binny’s, we counted more than twenty different types of cocktail bitters

Bitters in Britain are basically types of pale ale. The history is unclear, but to transport British ale to India, hops (naturally bitter) or sugar (which converts to alcohol) were added to help the brew travel without spoilage.

Amari (the singular is “amaro”) are frequently produced in Italy or Germany and usually sold in wine-type bottles. Amari are almost always made from highly secret recipes of herbs, barks and other ingredients. These bitters are typically intended as digestifs, beverages consumed after a meal to help digestion.

Matt Amann, the head bartender at Ceres’ Table (3124 North Broadway), tells us that even though after-dinner bitters are increasing in popularity, many of his “guests are still unaware of their place in Italian tradition” and that they may shy away from them because “ordering unfamiliar foreign liqueurs can be disconcerting.”

Nonetheless, Amann reports “there has been a great response to even some of the more challenging amari like Fernet Branca.”

Over at mk (868 North Franklin), Michael Kornick tells us that one of his favorite digestifs is Fernet Branca Menta, which he praises for having the “herbaceous freshness of mint with the bitterness of black licorice.”

In our culture, bitter is many times considered a bad or undesirable taste. In places like China and India, however, bitterness is a flavor respected on the same level as sweet, salty or sour. Perhaps one reason bitter digestifs are so pleasing is that most American meals do not contain bitter notes, which makes bitterness attractively different at meals-end, when the palate is likely fatigued by many other, mostly non-bitter flavors.

In the event you’re unfamiliar with these digestif-type bitters, here are a few recommendations.

Ramazzotti: We first spotted Ramazzotti in a trattoria in Rome’s Trastevere neighborhood. A young couple had finished dinner, ordered a bottle of Ramazzotti, and then she went over to sit on his lap and they made whoopee for about fifteen minutes. I looked at my wife and said, “We have to get a bottle of that.” We did, and it’s an excellent beginner’s model: very slightly sweet with distinctly bitter notes, with enough complexity to intrigue but it’s not too aggressive for younger, more sensitive palates.

Jägermeister: Though perhaps not the subtlest bitter on the block, Jägermeister is probably the most popular among head-bangers, having been tour sponsors for groups like Metallica, Slayer and Mötley Crüe. Though Jäger has frat-boy associations, it’s a serious bitter, with anise-licorice flavors, much like absinthe.

Fernet Branca: Probably the most popular of the Italian bitters is Fernet Branca, and it’s a gob-smack of a beverage. Darkly minty, with almost pinecone-like scent and flavors, Fernet is a hugely intense sip. The concentrated flavor makes it a powerful ingredient in cocktails: it can stand up to other flavors… and kick their asses. John Manion at La Sirena Clandestina (954 West Fulton Market) came across it in Fergus Henderson’s book, “Nose to Tail Eating,” and he believes a Fernet Branca cocktail is “basically for when you overindulge.” 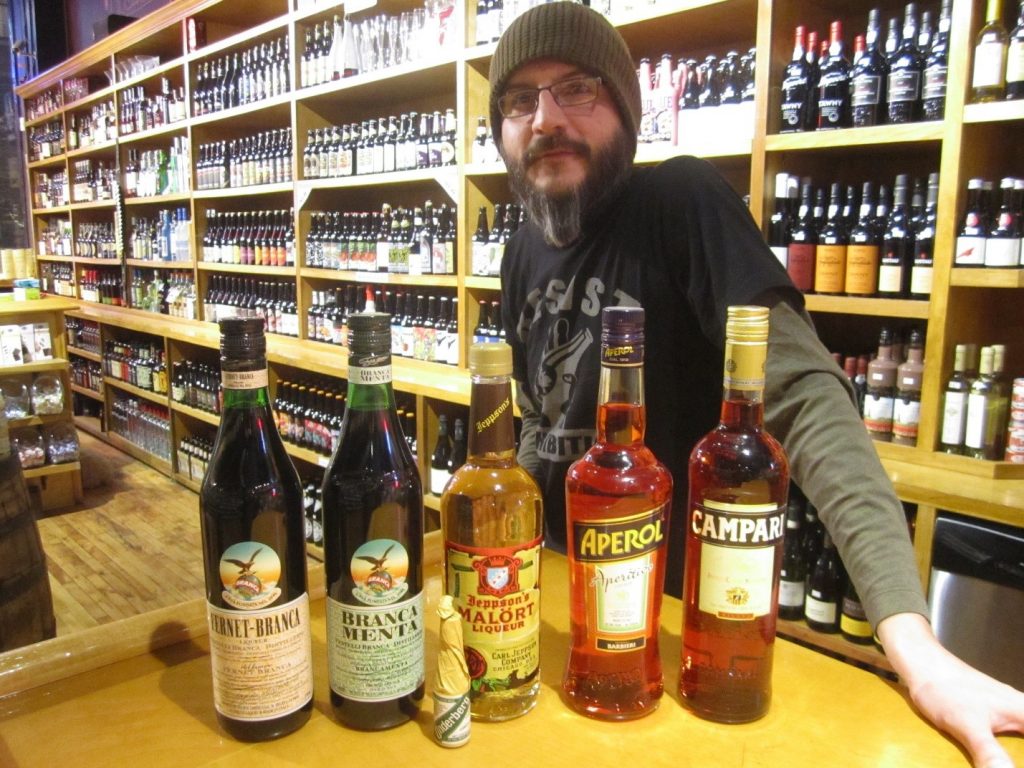 Researching this article, we were surprised to find that many industry folks voiced strongest support for Fernet Branca. GM and wine director at Acanto (18 South Michigan) Jon McDaniel reveals “Fernet Branca is a reset button for me. No matter what I’ve been doing that night, whether drinking and eating like an Irish sailor, or if I have some strange West African stomach flu, if Fernet Branca is the last thing I have, I can wake up the next morning and run a 10K like nothing ever happened the night before. “

Marcus Zakrzewski of Printers Row Wine Shop (719 South Dearborn) reminded us that Chicago’s own Malort was actually a type of bitter, “and not a bad one,” he added.

There are also a number of sweeter bitters, or aperitifs, like Aperol and Campari, that we sip before dinner. So, bitters can come before or after overindulgence. Now all we need is a bitter that pairs with dinner itself. Too much to ask?