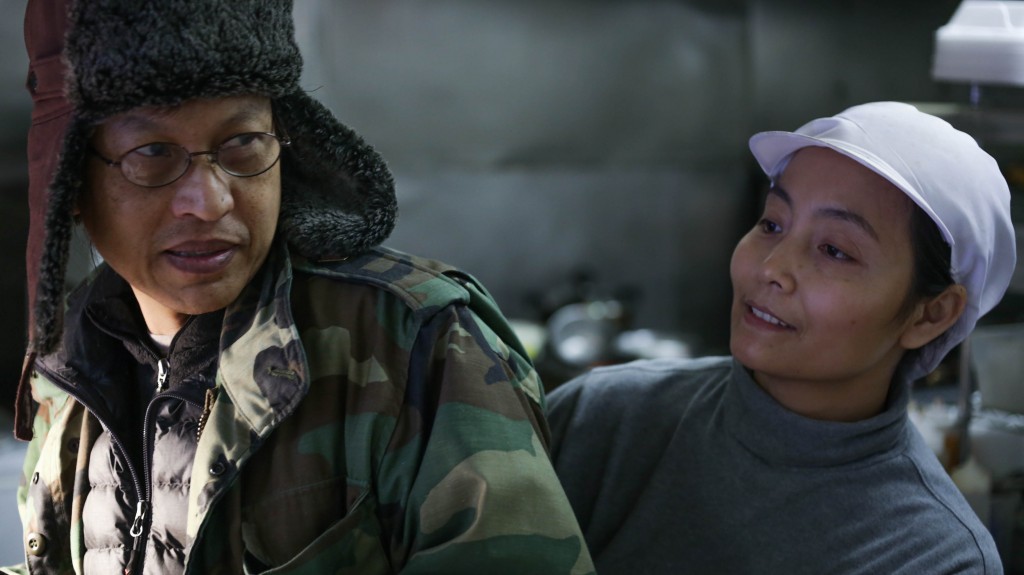 “Why is my lawyer sweeping the floor?”

To answer Pramote’s question, let’s flashback to May, 2013, when Matt Zatkoff, Becvar’s husband, posted on LTHForum.com, the Chicago culinary chat site, that “I was walking down Western north of Lawrence and passed the nondescript location where Snow Spice used to be. I kept walking but something about the place caught my attention, so I decided to back up and grab a menu. I can’t believe I almost missed this place, which is called Rainbow Thai Cuisine. Later at home, looking at the menu I noticed a few things that got my interest, one of them being the house-made I-san style sausage. That was all it took.” 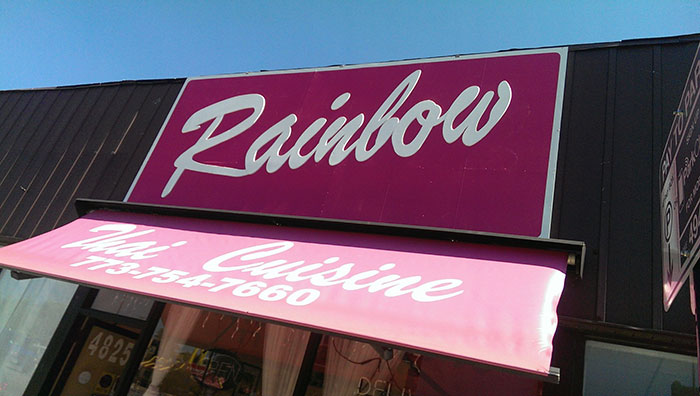 After Zatkoff’s original post, a battalion of LTHForum members and other food enthusiasts converged on the small restaurant to try many beloved Thai favorites, including what was proclaimed to be the city’s best naem khao thawt (crispy rice salad with soured pork) and the I-san sausage (a super-funky, fantastically delicious fermented wiener from Northern Thailand).

Rainbow Thai Cuisine is run by Wanpen Phosawang and her husband, Pramote, both of whom formerly worked at Spoon Thai on Western.

“As anyone who has met Wanpen and Pramote knows,’ says Zatkoff, “they aren’t your average restaurant proprietors. They’re so warm and welcoming. When I started eating there two or three times a week, Pramote would make time to chat with me about anything. Before I knew it, I was basically part of their family, occasionally even bussing tables and taking orders when they got busy.”

Did you catch that? Zatkoff easily slipped into the role of busboy and server, just doing what comes naturally, helping out his friends.

Before long, it was clear that the little twelve-seat dining room was not nearly big enough to accommodate the hungry hordes. Wanpen and Pramote felt the urge to expand. Of course, like so many small restaurant owners, they didn’t have a lot of spare capital to make improvements. They’d been able to secure the space next door. They weren’t sure what to do next.

“Hanging out at Rainbow,” recalls Zatkoff, “the subject of expansion came up often. I really pushed the idea. We were not asked to help. I don’t even think there was a point when I said ‘I’ll help!’ The project just kind of came together naturally over time. For better or worse, it’s in my nature to go over my head into any project I get involved with, so that’s probably why this expansion became much more than just throwing some more used tables and chairs into an empty room.”

Zatkoff and a crew of fellow Rainbow fans banded together and went zealously way beyond what the owners probably ever imagined they’d do with the place. They also went way beyond what most patrons could ever imagine they’d do for a restaurant. Working side-by-side with Wanpen and Pramote, these volunteers accomplished what would have otherwise cost many hours and dollars, and they did it with a passionate enthusiasm you won’t find among anonymous contract workers.

Sean Scott, an industrial designer, explained that “As a group, we’ve painted the space. Based on my designs and our collaboration, I hand-built a bench and awning. I’m currently building all of the table tops. Pramote has done a lot of sanding, and as a group we’ve been staining and putting down the initial layers of clear coat.”

Describing his approach to the design, Scott said, “The inspiration comes from the typical structures you see in Thailand, whether rustic or modern. It’s a very recognizable motif and a huge personality statement for the space. These details create the drama. They’re tied in with the rest of the elements and furniture that we selected to set off an authentic, intricate palette that speak to what Pramote and Wanpen have built with their menu and flavor profiles.” 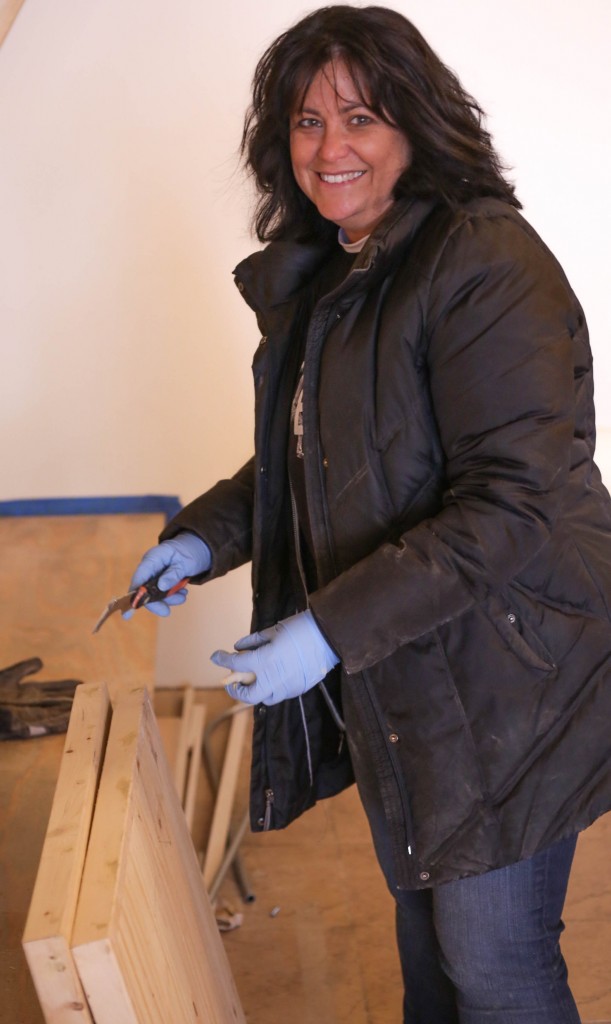 Though Scott believes “Matt Zatkoff and Jennifer Berman have been the drive,” Zatkoff explains that, “People, sometimes even complete strangers, like to pitch in, especially when there’s an awesome meal at the end of a day’s work. I put out a call for an architect on LTHForum.com and was contacted by Doug Sher (deesher), who has a friend who’s a licensed architect.  He drew up the plans to submit to the city and filed them for just the administrative costs.  When the walls needed to be painted, I made a post on Facebook the night before. We had about ten people offer to help out.  We got walls masked off and the first coat of paint completed in about two hours.”

Others pitched in, with Berman developing the tabletop presentations, including plates, flatware and glasses, and Roberta Jacobs working on lighting that will tie the whole space together.

And they’re doing all this for free.

“We are all into food, so the collaborative effort comes from somewhere special,” explained Scott. “It’s all tied to our love of food and the food scene in Chicago. We become a deeper part of that fabric as contributors. Rainbow is a special place, and I’m excited to help accentuate and emphasize what this place means through the expression of design. It presents the food in a special way. It’s also karma for me…I believe in helping people, as I have been helped by people.”

[…] Hammond has a sweet and charming article today about how LTHForum members have pitched in to help at a Thai restaurant they love, Rainbow […]

Stay inside with Newcity – you can subscribe for monthly deliveryhere.
+