by Brian Hieggelke
March 6, 2015Filed under:

Balsam Amaro hits Chicago later this month, which could be the best thing to happen to vermouth in a long time. “We’re waking up a vermouth industry that’s been napping since the eighteenth century,” says Adam Seger, an acclaimed mixer of fine cocktails, sommelier, and alumnus of places like Tru and The French Laundry. Seger is also the man behind Hum botanical spirits, another amaro in the Italian tradition.

Balsam Amaro is a “spirit of Vermouth” that Seger is at this moment bottling with Rodrick Markus of Rare Tea Cellar. It could be a game changer, not only for mixed drinks but for those of us who actually drink vermouth straight or on ice. If that sounds hyperbolic, consider your own perceptions of vermouth.

“Everyone’s first experience with vermouth,” says Seger, “is a bottle that’s been sitting around for years. If you invited a person in this country for a glass of vermouth, they’d probably say ‘no way.’ But in Europe, everyone enjoys a glass of vermouth.”

Vermouth is frequently perceived as a commodity product, competing with others of its ilk based on price and availability. That, however, is a misguided approach to sourcing cocktail ingredients. If you’re going to get a good bourbon and good bitters for your Manhattan, why screw around when it comes to vermouth, which may account for up to one-third of the mix?

The answer: because most of us just don’t know any better.

Into this scenario of confusion and bad buying choices, step Seger and Markus. At Rare Tea Cellar, Markus purveys a jaw-dropping curiosity shop of teas, herbs, spices and hard-to-find ingredients. For years, Markus has regularly sourced hard-to-find foodstuffs for Achatz of Alinea, Duffy of Grace and Beran of Next, chefs whose S.O.P. is to serve food made from the best ingredients that can be found. Anywhere.

Vermouth is basically wine fortified with a spirit like vodka or grain alcohol that’s been infused with botanicals. Although the high-proof spirits in the mix render vermouth less likely to go bad than, say, wine, it’s the wine in the vermouth that’s most likely to go bad first. 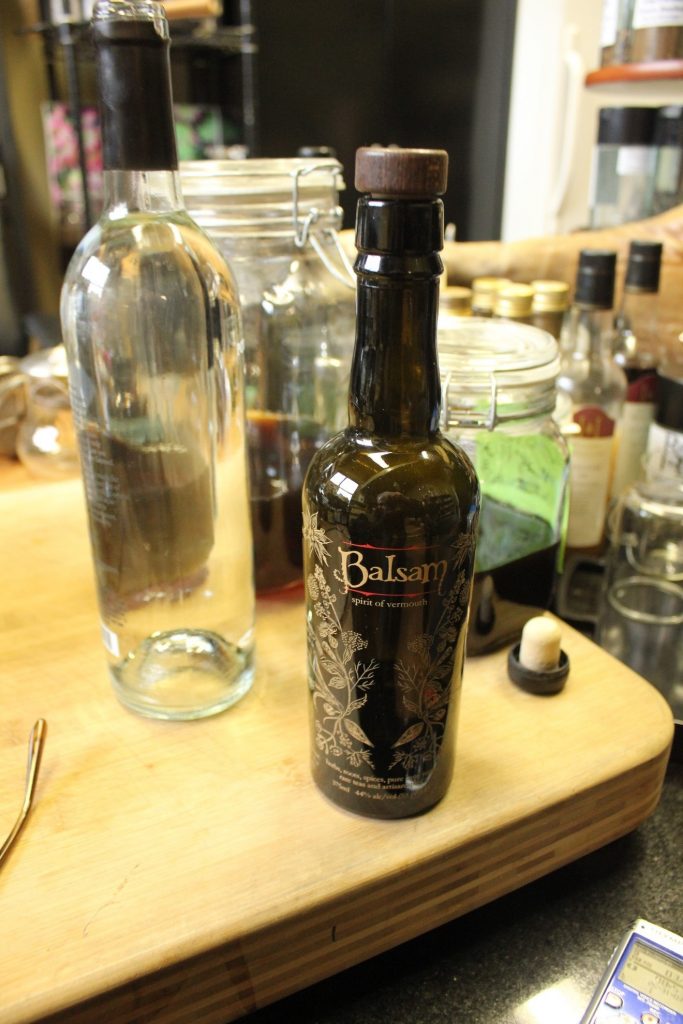 With Balsam, Seger and Markus have addressed that inherent weakness of most vermouth by taking a “just-add-wine” do-it-yourself approach that opens up a huge range of potential flavor combinations. Balsam is a spirit infused with botanicals; it’s up to the user to mix it with their wine of choice to literally create vermouth, on demand, on-the-spot.

“In addition to eliminating the chronic issue of oxidized vermouth,” says Seger, “Balsam breaks new ground as an American Amaro that turns any wine into a bespoke vermouth, putting the freshness, style and character of sweet vermouth into the hands of the imbiber.”

Seger and Markus did a lot of testing: “We’ve added Balsam to all kinds of different wines—Zinfandel, Barbaresco, Sauternes, and many others—and with each, Balsam elevates the wine’s unique qualities. Balsam is a game changer.”

“Vermouth” is actually a French word that comes from the German word wermut, or wormwood, an herb that’s been added to beverages since the Golden Age of Greece. Thought to be good for a bad stomach, wormwood is included in many digestifs, and it’s traditionally an ingredient in absinthe. Like the notorious green beverage, wormwood had previously been forbidden in the U.S. That’s why, said Seger, “you couldn’t find any American vermouths in Europe; they didn’t contain wormwood, so in Europe, they were not considered true vermouth.”

Balsam contains wormwood, which is now legal in this country, and for such ingredients, Markus brings into play his formidable curatorial expertise.

“I’ve tasted more different types of wormwood than I knew existed on the planet,” says Markus, though he admits that “discerning differences between varieties of wormwood is challenging because it’s bitter to the highest levels.”

Wormwood is just one of the more than thirty ingredients in Balsam. Says Markus, “We’re using herbs from Rare Tea Cellar and a lot of my tea blends, including a vintage pu’erh aged up to ten years, Sicilian blood oranges, Madagascar vanilla, and cinnamon from Sri Lanka.”

These botanicals are infused into Boyd & Blair American vodka produced by Barry Young, who has partnered with Seger and Markus to produce Balsam.

Balsam is a very complex sip, with pronounced notes of anise and vanilla, but also a lot of complexity and way more flavors than a casual sipper would probably be able to differentiate. We enjoyed it straight, but it’s easy to imagine that it would improve, for instance, your average Manhattan. Immensely.

Balsam Amaro will be available at Mariano’s as well as boutique liquor stores like Lush Wine & Spirits. It will cost around $32 for a 375 ml bottle, but a little bit will go a long way (ratio is 1:3, Balsam to your wine of choice). And because some assembly is required, you’ll want to pick up a bottle of wine as well. Or perhaps you should pick up several bottles and experiment with how different wines can be “elevated” when transformed into vermouth with Balsam Amaro. 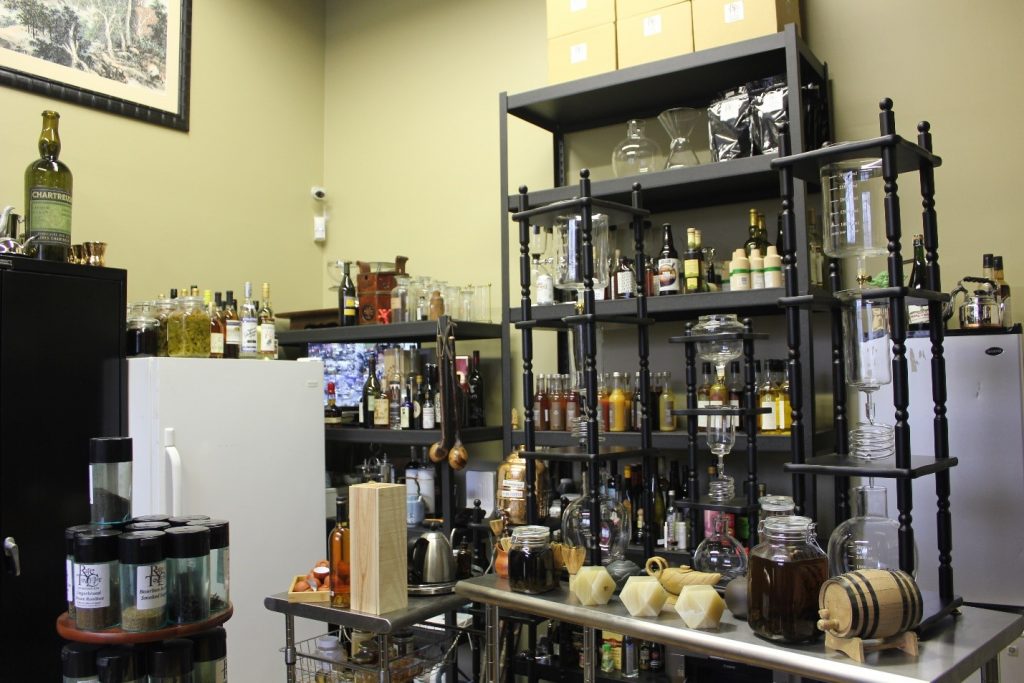