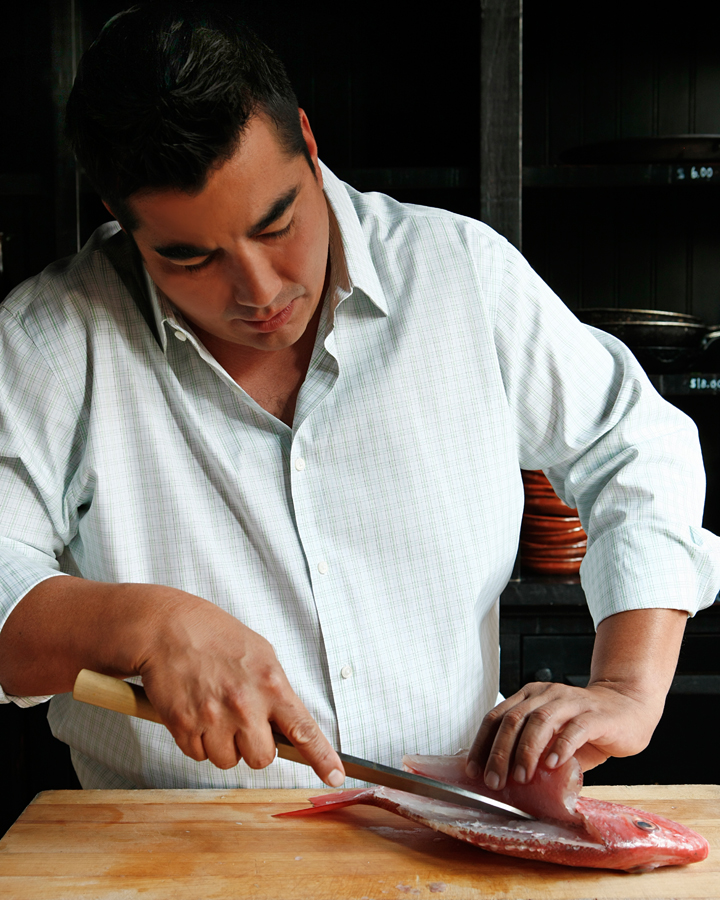 Garces and I grew up in the same Chicago area, and we both played in Portage Park as kids. He went to Chicago’s Kendall College and later went on to win the second season of “The Next Iron Chef.” Now operating a number of East Coast restaurants—including seven in Philadelphia and three in Atlantic City—for which he received a James Beard award, Best Chef, Mid-Atlantic Region. Garces had been executive chef at Chicago’s Mercat a la Planxa before opening Rural Society.

Singh was the host for ten seasons of “Check, Please!” on PBS, and before that worked as sommelier at Jean Joho’s Everest. At twenty-one, she was the youngest woman to ever be awarded Master Sommelier certification, and later became beverage director for Lettuce Entertain You Enterprises. She opened her first restaurant, The Boarding House, in 2012 and the following year received the Sommelier of the Year 2013 Wine Star award from Wine Enthusiast magazine.

While visiting their respective restaurants, we sat down with Garces and Singh to hear them explain why their new places are worthy additions to the Chicago dining scene.

It’s been like fifty years since Chicago’s Union Stockyards closed down, yet people still think of Chicago as a steak city. Consequently, we have a lot of great steak houses: Chicago Cut, Smith & Wollensky, David Burke’s Primehouse. Do we really need another one?
What makes Rural Society different from other Chicago steakhouses are the Argentinian grills that cook meat over American oak and hardwood charcoal. Also, at all the steakhouses you mentioned, you’re looking at a very similar menu. You’ve got your creamed spinach, your mashed potatoes, and so on; here, we’re bringing Argentinian flare. The ambiance here is also going to be different than the big clunky American steakhouse. Nothing against those guys, but the beauty of the Argentine concept is the Italian influence, so we have some handmade pastas and sausage from West Loop Salumi, which are not what you’d find at your standard steakhouse.

Where is your meat coming from?
Our meat program is split into two: domestic cuts and Uruguayan imported meat, which is grass-fed, a little leaner. Argentinian beef is not allowed in the U.S. so we source from Uruguay, which follows many of the same processes as Argentinian beef. You can definitely get a big steak here if you want it.

Chicagoans know South American places like Fogo de Chao. Aside from the fact that they’re from Brazil, and Rural Society represents Argentina, how is your restaurant different from other Latin American steak houses?
A lot of the Brazilian churrascarias are built around an all-you-can-eat concept with the big salad bar. We’re a full-service restaurant and pay a lot of attention to detail and service. Also, the cooking methods differ. The churrascarias put the protein on a spit then have two gas flames that cook the meat. We’re using the oak and hardwood charcoal, which imparts very good depth of flavor. As soon as you walk in, you know right away that we’re not a churrascaria.

Many Chicago steakhouses have very good vegetarian options. Will Rural Society be offering some basically vegetarian menu items?
The great thing about these grills is you can put fresh vegetables on there and get fantastic flavor. We have roasted beets that are cooked in the embers and grilled asparagus in a bagna cauda. The wood flavor doesn’t overpower the vegetables; it just gives them a good flavor.

How would you describe the feel of this place?
We want it to be warm and inviting, and we want people to walk in and smell that aroma off the grill. That smell of meat being grilled is like umami; it starts the taste buds going. 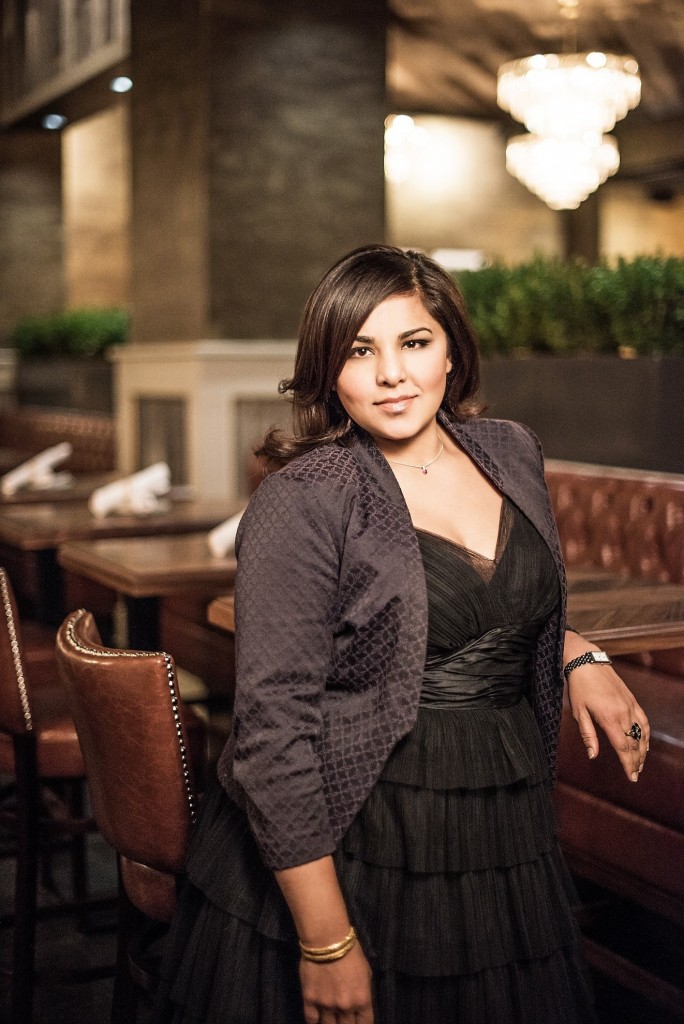 What’s the story behind the name of this new place?
We wanted a name with gravitas. We came up with names like The George, The Hudson, but they just didn’t feel right. And the one thing that kept coming up was lions… not just because we’re across the street from the Art Institute, but also because there are fifty lions surrounding the building, all around the façade. Then one day I was brainstorming with Matt Fisher, my partner here, and I said, “You know, my last name means lion.” Matt said, “You’re making that up right?” I said “No, Singh is Sanskrit for ‘lion.’” He said “Then we have to have ‘lion’ in the name,” and we came up with names like Lion’s Den, but that wasn’t it. Matt is a big numbers guy, and so we settled on seven because it’s a lucky number and because my grandmother used to call her grandchildren her ‘Seven Lions.’ So that was the name.

Describe the food, if you would.
At lunchtime, people are creatures of habit. Dinner is more for experimentation, so we have things like the fried chicken skins, shishito peppers, and so on. But for lunchtime, it’s more salad, soup, sandwich because most people don’t want to go beyond their regular routine. We want to do a twist on the basics. We’re not going to serve a boring standard Caesar salad: here you do get the basic Romaine and lemon but also a kind of Scotch egg, without the sausage; it’s a five-minute egg fried in panko. With the club sandwich, which could not be more emblematic of clubhouse food, we’re using duck with an aioli. American food allows for that kind of creativity and flexibility.

Seven Lions is, I’ve read, all about “American clubhouse food.” Could you explain what that means to you?
We wanted a restaurant where you could stop in for a quick and fast lunch, but also for dinner, maybe before or after a symphony [CSO is nearby], or for celebrating a special occasion. A clubhouse is exactly that. You utilize it for whatever purpose you need. Because it’s a clubhouse, it has a masculine feel with the leather banquettes, but it also has an element of glam, with the chandeliers and the bronze fittings. I call it Rustic Sexy Glam.

Stay inside with Newcity – you can subscribe for monthly deliveryhere.
+