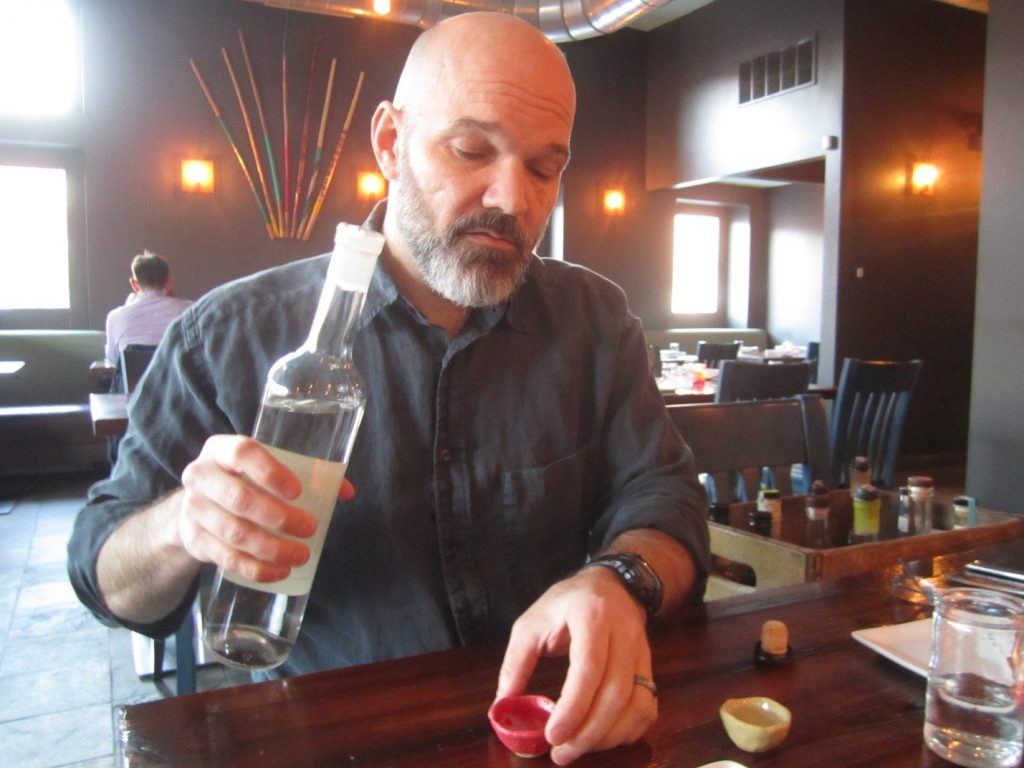 “My interest in mezcal is as close as I come to religion,” says Lou Bank, a passionate apostle of the distilled agave spirit. We are sitting at Masa Azul (2901 West Diversey), communing over several bottles of mezcal that Bank brought back from Oaxaca and to dinner that night. Bank was eager to share, but his impulse in doing so was more than simple charity: he wanted to set me straight.

You see, I’d previously believed that mezcal, like tequila, was improved by aging in wood to become “reposado” (rested, aged two-to-twelve months) or “anejo” (aged up to two years or more).

Aging tints and mellows the mezcal. For Bank, that’s a desecration. 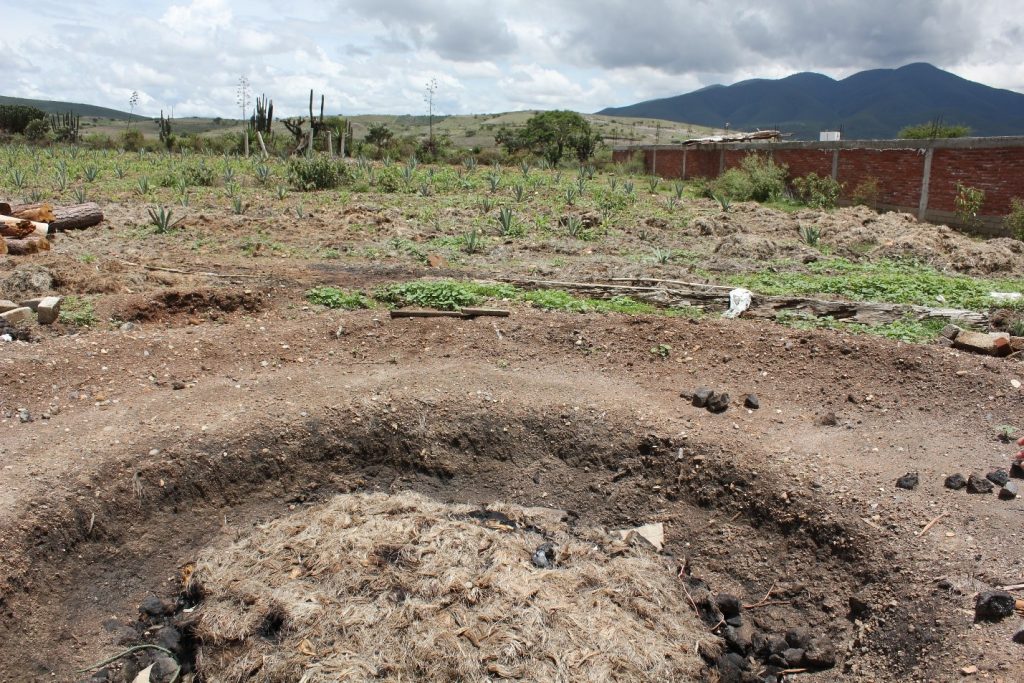 When agave (also called maguey) plants are harvested, the spiny, succulent plant is removed, the core charred in open fire pits, then smashed, mixed with water and fermented in open pots and then distilled. This distillate of a very old, indigenous plant is going to yield a unique terroir, a singular, subtle “taste of the place.” When that high-personality distillate is aged in barrels, the distinctive flavor will become camouflaged to the taste of wood. Bank argues, “The only reason to bury that terroir with the ‘rounded notes’ of an oak barrel is because you don’t like the taste of that terroir.” 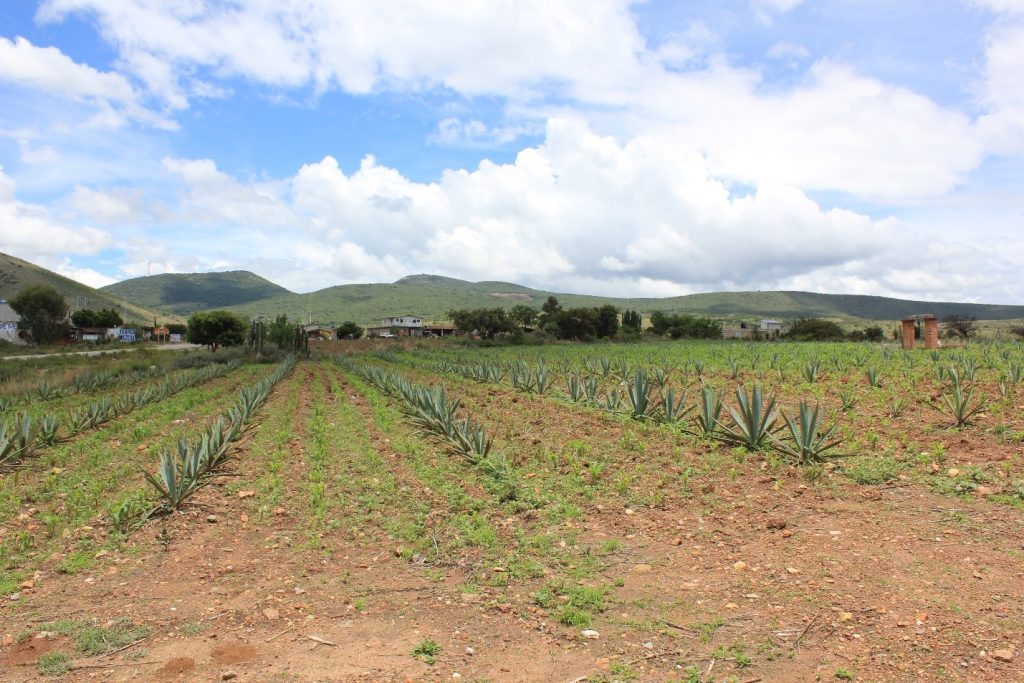 Both mezcal and tequila are made from the agave plant. As Bank explains, “For tequila, you use blue agave, harvested at five or six years, which is the youngest you can harvest any agave. The second youngest is Espadin, and that takes six to eight years to harvest. You can go all the way up to Becuela, which takes as much as forty years to harvest.”

As you can imagine, because mezcal uses many varieties and ages of agave—not just the five-to-six-year-old blue agave used in tequila—it’s more likely to offer a wider range of flavors than is possible with tequila. And, like every spirit except mezcal, tequila is fermented in a closed system with an electric pot. “A traditional mezcal,” explains Bank, “would be fermented in open air, so that wild yeasts influence flavors. Then it’s distilled in a wood-fired pot, which imparts a note of smoke.” 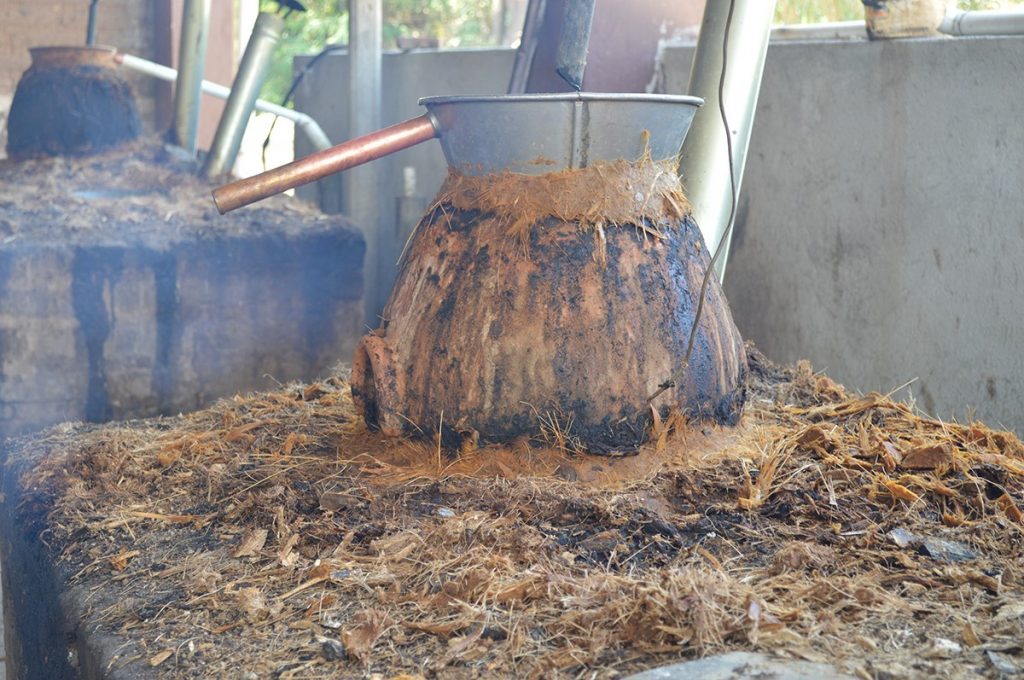 The mezcals we tasted that night at Masa Azul were indeed mind-blowing, offering up many dimensions of earthy green flavors, a light hint of smoke, and a sweetness I don’t recall tasting in tequila. Some selections had chocolate notes, others nuttiness, minty hints, and some spicy heat, all excellent. “I’ve never tasted,” said Bank, “a high-end tequila that was as delicious as a mid-level mezcal.” 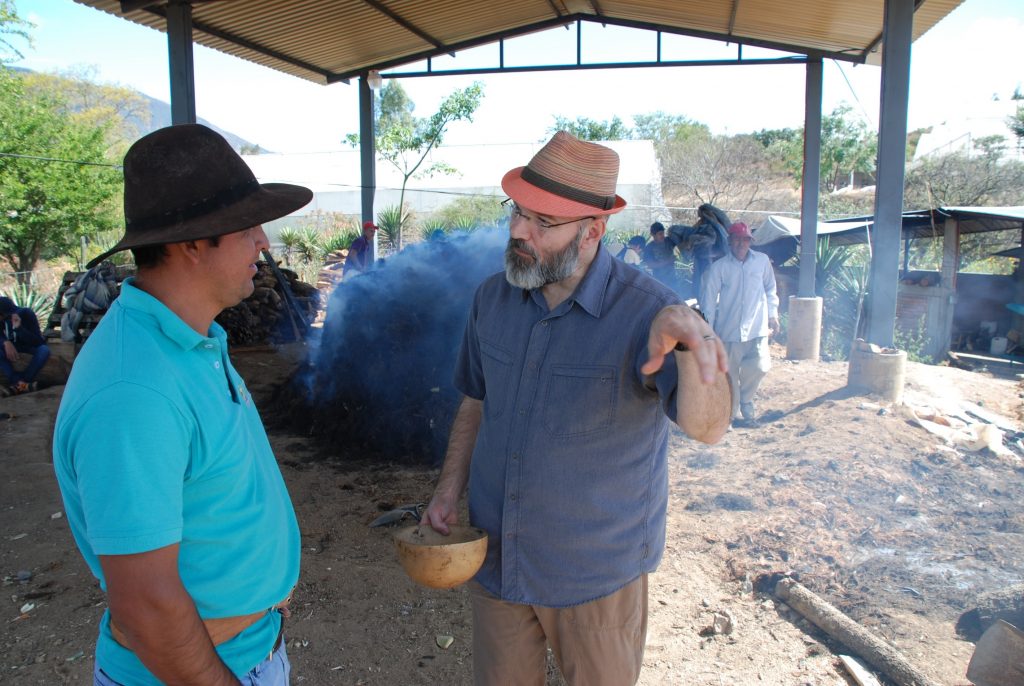 Lou Bank talks with a mescalero about his product/Photo: Connie Bank

Finding even mid-level mezcal is not easy, though your best bet is at Mexican restaurants. Bank finds this unfortunate: “Can you imagine having to go to a French restaurant for Champagne?” Bank suggests you shop for mezcals like La Venenosa, Mezcalero and Alipus at stores like Warehouse Liquors (634 South Wabash) and Moreno’s Liquors (3724 West 26th).

But what should we be looking for in a good bottle?

I guess I irritated Bank a little when I asked what he thought of more commonly available mezcals.

“Asking me what I think of Gusano Rojo and Monte Alban,” he seemed hot with evangelical fervor, “would be like asking the brewer at [revered microbrewery] Southern Tier what he thinks of Budweiser and Coors. Actually, it’s worse than that. [I clearly had blasphemed.] At least Budweiser and Coors pull off the miraculous feat of making a beer that tastes consistent year after year. Maybe it’s more like asking someone who drinks fine wine what they think of Boone’s Farm. The only reason this [apostate mezcal] is on my radar at all is because for decades it caused this art form [mezcal] to be misunderstood. Can you imagine Night Train defining the wine industry?” 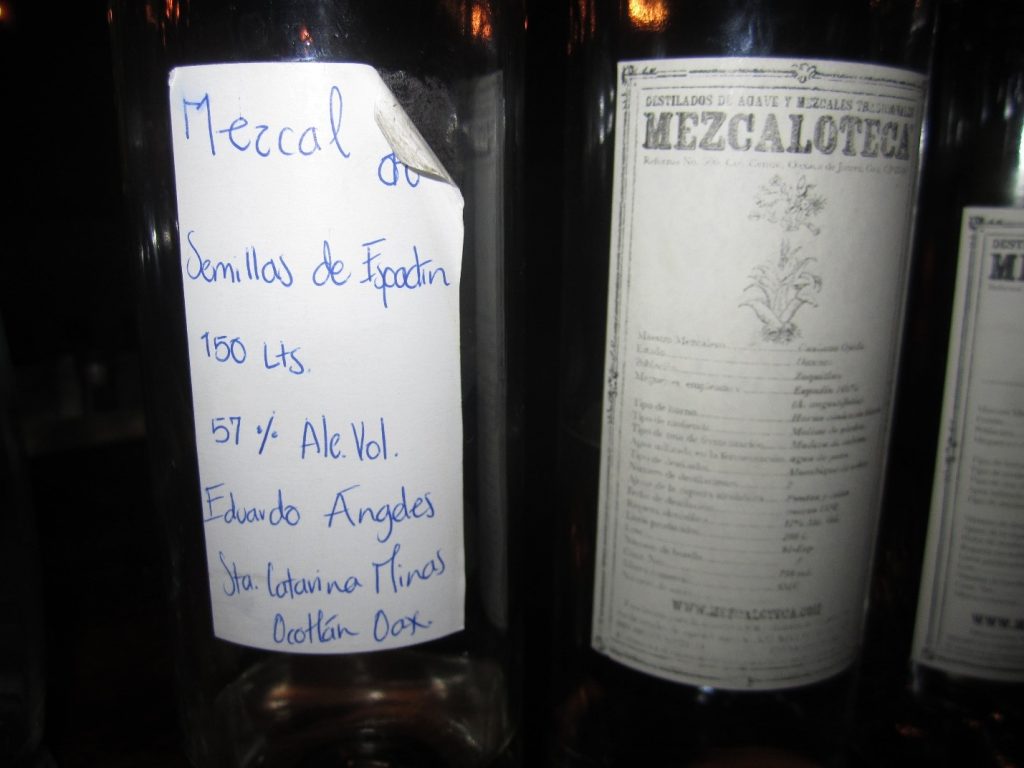 Bank believes higher-grade mezcal will soon become available in the U.S. Until that time, you can taste some of Bank’s own immense collection of outstanding mezcal, and hear his sermon on the sacred distillate, if you’re willing to help him do charitable work in Oaxaca by making a donation “to the library we’re building in Santa Catarina Minas or to a greenhouse project replanting agave in the wild. Anyone willing to do that can contact me through my website: www.tenangrypitbulls.com.”

Such good works have long been the duty of the devout.