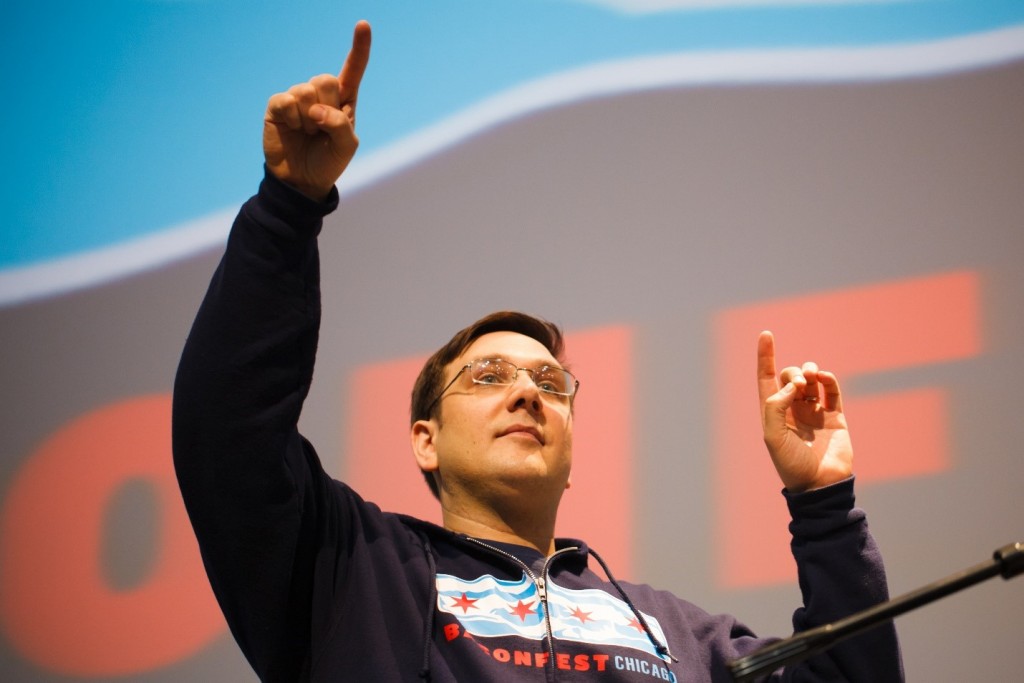 This year’s Baconfest is April 17-18 at UIC Forum. It’s an annual celebration of the cured, smoked belly—usually of the pig. As part of this event, chefs come from all over the Chicago area to show off their skills and bacon’s immense versatility by serving it in highly imaginative compositions on a plate, as dessert, even as drinks.

Baconfest is the realized vision of three men: Andre Pluess, Michael Griggs and Seth Zurer. Baconfest has been a sell-out event for several years now, and we asked Zurer about the history of this event and what’s made it such an incredible success.

Could you describe the moment when you were inspired to hold Baconfest?
It was 11:30pm on a Saturday night in early March 2009.  I was in bed when my cellular telephone rang.  I answer groggily.  Andre says: “Dude, I have an idea. Hear me out, I know it’s late. Just listen:  Baconfest Chicago—the Burning Man of bacon… What do you think?” Art cars? Hallucinogens? I asked. “No, it’ll be like Taste of Chicago but everything has bacon. People will come back every year.” I knew we had something.

How has Baconfest changed over the years?
Our first event featured ten chefs squashed into the dining room of the Publican with seventy-five ticketed guests in between lunch and dinner service on Saturday afternoon. This year’s Baconfest—the seventh annual—will feature 171 chefs (including James Beard Foundation nominees and Michelin honorees) spread out among three sessions preparing creative bacon dishes for a projected 4,500 adoring guests. Last year, Nueske’s (our bacon sponsor) sent nearly 8,000 pounds of bacon to participating restaurants for use in their Baconfest dishes—and that doesn’t even account for all of the bacon at the festival. That first year, we made a $500 donation to the Green City Market out of the event’s proceeds; in 2014, we donated $75,000 to the Greater Chicago Food Depository.

Years ago, before the first Baconfest, some jamoke in Time Out Chicago announced the end of the bacon trend. Any words for him now?
For thousands of years, since people first discovered that curing and smoking pork bellies made them last longer and taste better, we’ve been enjoying bacon.  I don’t see that ending anytime soon.  I concede that there may have been a bacon frenzy that has slowed a bit, but I don’t see actual public ardor for bacon dimming at all. Bacon-love is real, man, and it’s out there. If anything, we are in a golden age of cured meats in Chicago. The art of charcuterie is being taken more seriously than at any time that I can recall. 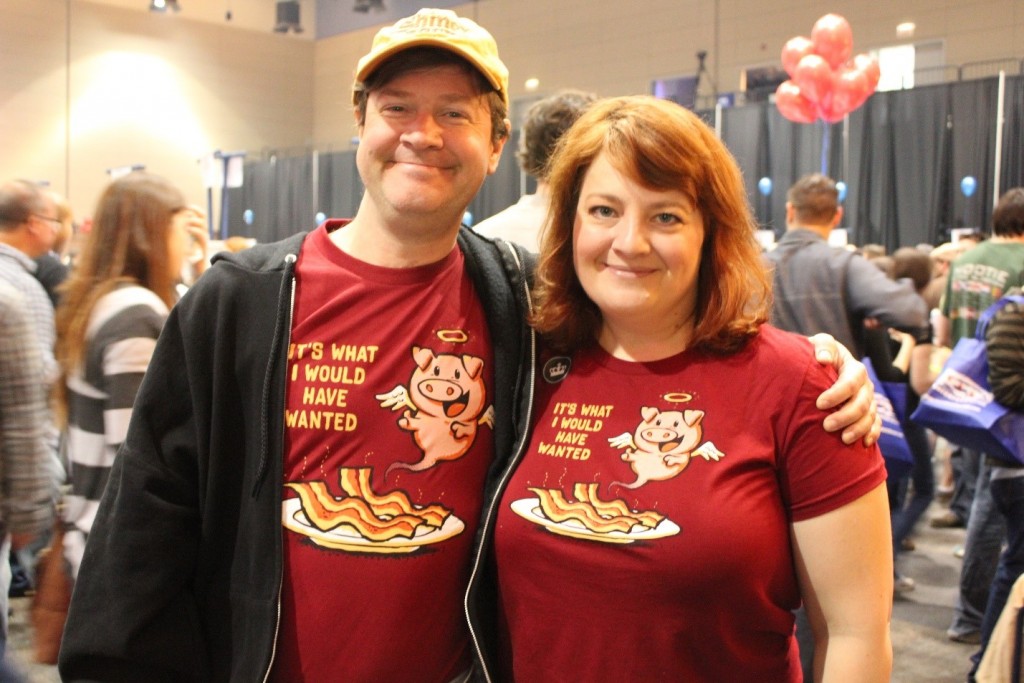 Baconfest sells out regularly. Have you noticed a secondary market developing, i.e., scalped tickets? If so, any feelings about that?
Last year, we noticed an absurdly marked-up ticket on StubHub—something like $2,700 for a $200 VIP ticket. We don’t like it much. We feel like the ticket is a solid value at the price we’ve set—comparable to a fancy dinner out with drinks plus the bonus of supporting a charity. When the ticket prices on the secondary market start to rise, we feel people will inevitably be disappointed—we didn’t design a $2,700 per person experience. If I paid that much, I’d be peeved. [At press time, tickets were still available for Friday’s event.]

Is it possible for “bacon” to be made of anything other than pork belly? I’ve seen beef bacon and even salmon bacon. Do these different types of bacon piss you off, or is your pork tent large enough to contain them all?
This is sort of more like a metaphysical/ontological question right?  What do words mean? What is language? When I say “bacon,” it creates an indelible specific image in your mind; it triggers memories of certain senses: the smell of frying pork fat, the sounds of sizzling, the feeling of crisply fried rashers shattering against your teeth. Human beings are creative. Language is malleable. Ideas can cross-pollinate, so I can’t say that salmon bacon isn’t bacon or beef bacon isn’t bacon: words mean what people understand them to mean. But beef bacon is not what I’m thinking of, usually, when I think about bacon and salmon bacon is not what I usually ask for with my eggs. 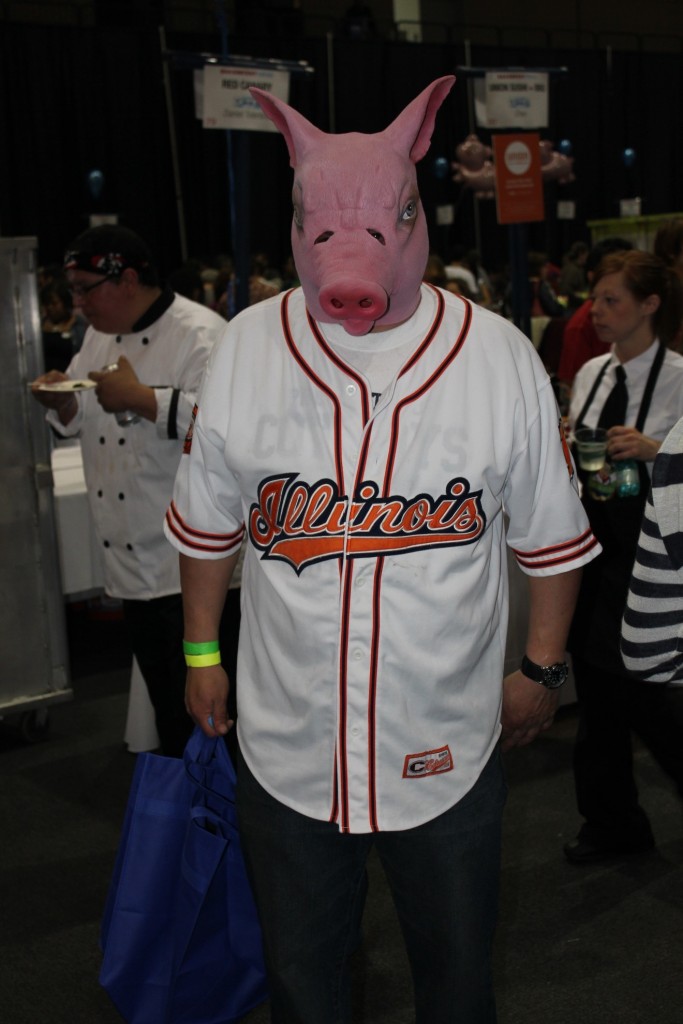 What, for you, is the most satisfying outcome of Baconfest?
From the standpoint of the event as a whole, I love the idea that there’s a new annual institution, that Bacon Month is a real thing with a Chicago City Council proclamation, and that if you drive past the UIC Forum on April 18, you will definitely smell bacon in the air.