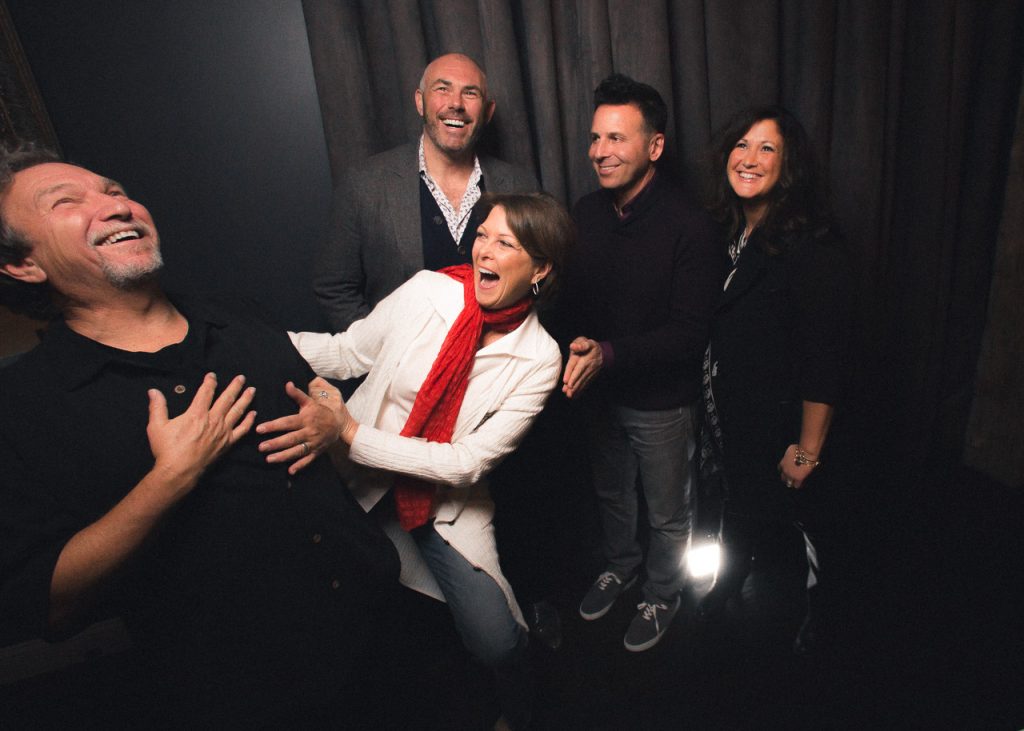 Newcity’s Big Heat 2015 represents a thick slice of Chicago’s culinary culture: butchers and cheese mongers, restaurateurs, critics, even some sommeliers and chefs. This year, however, we’re focusing less on people at the stove and more on the people behind the stove. These are the men and women who set the standard, change the game, initiate food movements, re-imagine what it means to have dinner in Chicago—and perhaps most importantly, help fill our lives with exponentially more deliciousness. Some of their names will be very familiar, others will be entirely unfamiliar, and they’re all just some of the personalities who are critically shaping the way we eat in Chicago. Just some. Just a slice of a large and growing community of leaders in Chicago food culture. Apologies if we missed a few of your favorites, which we undoubtedly have. There are many more who could easily have been on this list, which only overviews the immense range of enthusiasm, creativity and talent that decisively influences the food served to us in restaurants, in retail stores and on the streets of Chicago, which stands among the major food capitals of the world, thanks in good measure to the following fifty. (David Hammond) 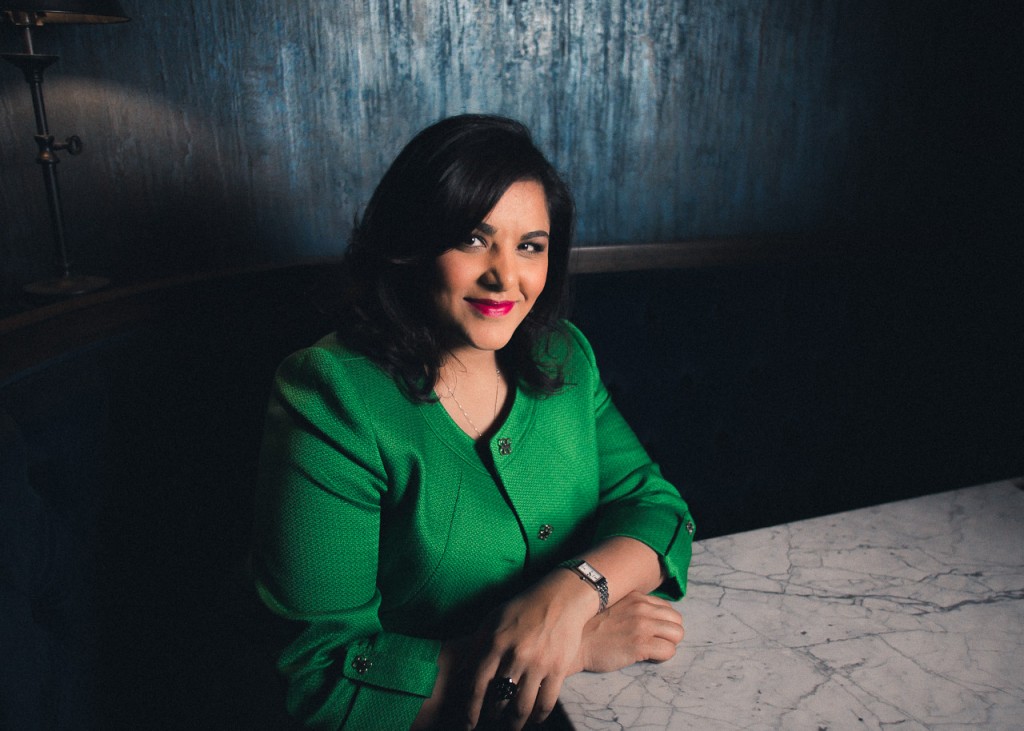 1
Alpana Singh
Master Sommelier and Owner, The Boarding House and Seven Lions
After receiving Master Sommelier certification, Alpana Singh led wine seminars at a California wine store, an experience she credits with giving her the composure and focus to speak to audiences of both professionals and laypeople. After a stint at Everest with Chef Jean Joho, Singh hosted ten seasons of spirited discussions with citizen-reviewers on “Check, Please!”  After she retired from the show, she went on to head up two major Chicago restaurants: The Boarding House and Seven Lions.  She’s a single female, a voice of authority and a strong leader, telling us that “Leaders are stubborn; they don’t move their compass; they listen to their soul; and when they worry too much about what others think of them, they lose course, and they lose themselves. Leaders stay true to their path.” Singh’s path, for some years now, has been straight up. (See a feature interview in this issue.)

2
Kevin Boehm and Rob Katz
Owners, Boka Restaurant Group
Kevin Boehm and Rob Katz, co-founders of the Boka Restaurant Group, opened their Boka restaurant in 2003. Since then, they’ve launched many others, including GT Fish & Oyster, Balena, Girl and the Goat and most recently, Momotaro. Avoiding missteps, Boehm and Katz have made a point of recruiting superb chefs, including Paul Virant and Stephanie Izard, and then giving them latitude to be themselves in restaurant environments characterized by their lack of similarity. Each BRG joint has unique and powerful design and atmosphere. Despite that variety, what holds them all together, according to Boehm, is “hospitality: it starts with great chefs and food, and it’s enhanced and heightened by emotional service.” Boka restaurants are the kind of places you feel comfortable recommending to any out-of-town visitor.

3
Brendan Sodikoff
Owner, Hogsalt
The culinary world’s enfant terrible shows no signs of slowing down on his way to Chicago dining (if not global) domination. Sodikoff owns and operates some of the hottest restaurants the Midwest has ever seen, including Au Cheval (that BURGER!), Maude’s Liquor Bar, Bavette’s, Green Street Smoked Meats, Cocello, The Doughnut Vault, High Five Ramen, California Clipper, Roxie’s by the Slice and the original that started it all, Gilt Bar. One would think that with so many restaurants in the mix, service or food quality would inevitably suffer, and that the city would tire of Sodikoff-saturation. But no. Sodikoff has apparently figured out the magic recipe for success and staying power. Just don’t expect him to reveal it anytime soon.

4
The Melman Family
Founder and Partners, Lettuce Entertain You Enterprises
The royal family of the Chicago restaurant world is his majesty Richard Melman, his throne flanked by RJ, Jerrod and Molly. Together, they rule the hugely successful Lettuce Entertain You restaurant empire.  A dish from a LEYE restaurant is on just about everyone’s guilty pleasure list, whether it’s oysters at Shaw’s, steak frites at Mon Ami Gabi or tiki drinks at Three Dots and a Dash. Their domain now spans more than 100 restaurants in seven states. RPM Italian, one of their most popular ventures, is heading to Washington D.C., while Intro (which replaced Michelin-starred L20) is the first restaurant in Chicago with rotating chefs and ticketed dining.

5
Matt Maloney
Co-Founder and CEO, GrubHub
If you haven’t ordered from GrubHub, you probably eat out a lot. This online service lets you order delivery from many local restaurants, but you probably knew that. What you may not know is that Forbes judged GrubHub to be “the leader in mobile food delivery and pick-up in the United States.” Matt Maloney is the leader of GrubHub. In the seventy-billion-dollar home delivery market, only five percent of ordering is done online, so there’s immense upside potential. And there’s revenue to be generated beyond commission on delivery sales. “GrubHub’s platform is constantly evolving to bring Chicago diners better food faster,” Maloney says. “We recently acquired the top two restaurant delivery companies and are now physically ensuring the quality of many of our orders as well as decreasing delivery times. Through our massive transactional data, we can tell you exactly what dishes your neighbors love.”

6
Bob Mariano
CEO and Chairman, Roundy’s
Mariano’s is an unstoppable machine, in a good way. The grocery chain that began with one humble, 68,000-square-foot Arlington Heights store has hatched twenty-nine more locations in five years—gobbling up defunct Dominick’s stores along the way. Bob Mariano, the sixty-five-year-old at the wheel, is a hands-on CEO sometimes spotted behind the deli counter or bagging groceries. The Chicago native and former Dominick’s CEO came up with a slam-dunk formula: combine Costco, Whole Foods and Jewel, and sprinkle in plenty of on-site experiences: oyster bars, smoothie stations, roving dietitians, piano players. Mariano isn’t slowing his cart wheels any time soon—he’s opening four more stores in 2015, five in 2016, including one slated for Bronzeville, with plans for a total of fifty stores in Chicago.

7
Chris Dexter
Partner, Element Collective
In the seven years since starting the restaurant group Element Collective, Chris Dexter—along with partners Chris Freeman, Jared Van Camp and John Warken—has found great success with restaurants like Nellcote, Kinmont, and Leghorn Chicken. He’s also earned himself and his team a respected spot in the Chicago dining community. “Chicago has an amazingly inclusive [dining] scene,” says Dexter. “It’s a great marketplace with a like-minded community of chefs and restaurateurs.” Dexter intends to continue with more singular concepts and an eye toward a chef-driven approach to vegetable- and plant-based menus. As with his more retail-focused Owen + Alchemy, Dexter would like to “show vegetables the same respect, level of technique, and affection as meats.”

8
Peter Toalson, Cody Hudson, Jon Martin and Robert McAdams
Principals and Owners, Land and Sea Dept.
Peter Toalson, Cody Hudson, Jon Martin and Robert McAdams aren’t much interested in trends: they’re too busy pursuing their own passions and producing game-changing concepts in the Chicago dining community. Starting with the Logan Square favorite Longman & Eagle, their first collective effort, Land and Sea Dept. has continued to create restaurants and bars that deliver what Toalson explains are “creative, fresh takes on how drinking and eating can be done.” They take particular pride in finding the right local talent to further their creative and distinctive presence in Chicago. “We have created some really great opportunities and work environments for our folks,” says Toalson. With new projects in 2015 like the Chicago Athletic Association and more developments sprouting in Logan Square, Land and Sea Dept. will no doubt continue to buck trends and start new ones.

9
Michael Ellis
Director, Michelin Guide
Michael Ellis has one seriously cool job: eating at great restaurants around the world. Nice work if you can get it. As international director of the Michelin Guide, the polyglot New York City-born, France-based Ellis has much love for the Chicago culinary scene, giving us our first Red Guide in 2010. He says that Chicago “year after year affirms its position as one of the most exciting and dynamic dining destinations in the world today.” We wholeheartedly agree. Though the guides often come under fire for their choices of inclusion (or not) and their undeniable focus on fine, white tablecloth dining, the guides are pretty much the Oprah of the restaurant world: they giveth and taketh away fame with a few words.

10
Phil Vettel
Food Critic, Chicago Tribune
A few minutes with Phil Vettel, and it’s easy to see how his love of Chicago and passion for its food have helped him remain one of the city’s most revered and beloved food critics. It’ll be twenty-six years this fall, and he’s loving it.  “Chicago, more than most cities,” he says, “is willing to embrace new food.” He cites fine-dining Mexican and Thai as concepts that could have easily failed in other cities. As a critic, he gives credit and criticism, saying “I always want to be fair and accurate,” which explains why in a world of increasing Yelpers and food bloggers, Vettel hasn’t lost his voice. “There are so many restaurants that make me proud to be in Chicago,” he says, “and they’re the ones that in one way or another break new ground and bring a certain level of excellence.”

The Local Beet: Chicago » Less Than a Weekly Harvest of Eat Local Links

Food Critics for Safe Water The Flint, MI Water Crisis has given rise to the proposed Safe Water Act of 2016 Resolution. A resolution that simply states that safe water is defined as water that has been processed to remove all harmful bacteria and minerals from water prior to human consumption via drinking or food preparation. And providing water in any form that is unsafe to anyone is a criminal offense and a violation of a person civil rights. Restaurants that want who comply, and wanted to have a recognized symbols for their marketing and industry marketing such as Trip… Read more »