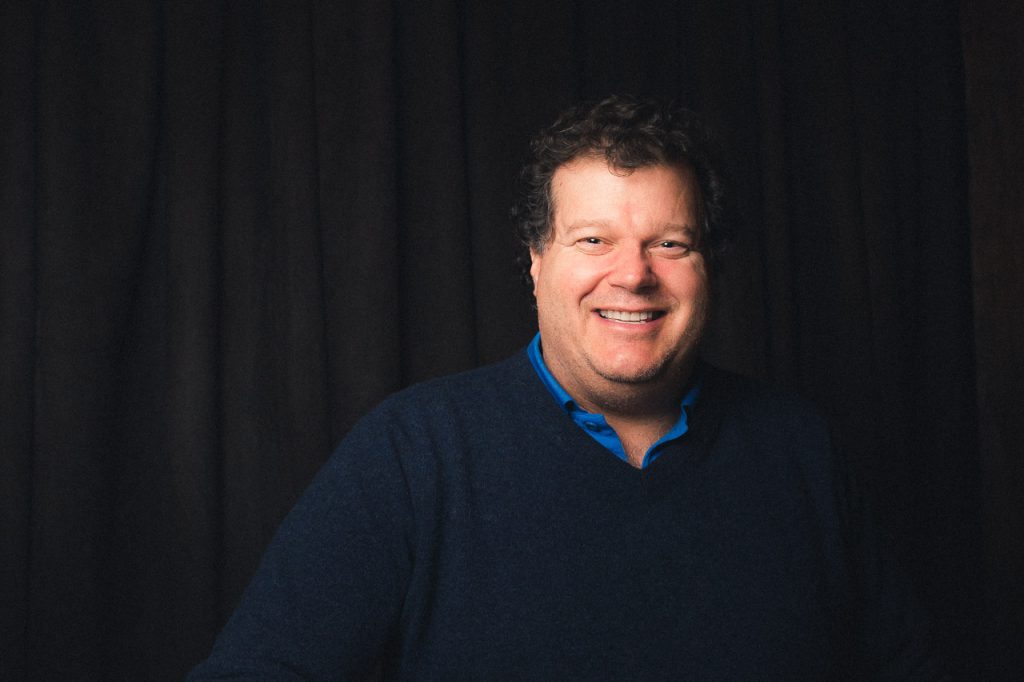 31
Michael Kornick
Chef and Co-owner, mk and DMK Restaurants
Since forming DMK Restaurants in 2009, veteran chef Michael Kornick has been a major force in the Chicago restaurant scene. After opening DMK Burger Bar, DMK Burger and Fish, Fish Bar, Ada Street, County Barbeque and, last year, Henry’s Swing Club, the mk chef still plans to add a steady stream of two restaurants per year, starting with a new DMK Burger Bar and Fish Bar at Navy Pier this summer. Kornick, a five-time James Beard nominee, was inducted into the Chicago Culinary Museum & Chefs Hall of Fame last year, and even got his own day (October 14, mark your calendars).  With his County BBQ sauce now hitting Mariano’s shops, the Kornick juggernaut shows no signs of slowing down.

32
Tony Hu
Chef, Tony Gourmet Group
Tony Hu’s army of Chinese restaurants took a few hits this past year. Lao 18, his fancy schmancy River North place, went dark after a few months. The FBI mysteriously raided three of his Chinatown restaurants (though no arrests were made). And in January, Hu sold Lao Beijing, a Northern-Chinese-style restaurant in Chinatown. But have no fear: this celebrity restaurateur recently opened his fifth, award-winning Lao Sze Chuan outpost on Michigan Avenue—a feat that took more than two years—along with a Vegas location in the Palms Casino Resort. Despite rumors, the “Mayor of Chinatown” doesn’t seem like he’ll be selling any more of his restaurants any time soon. 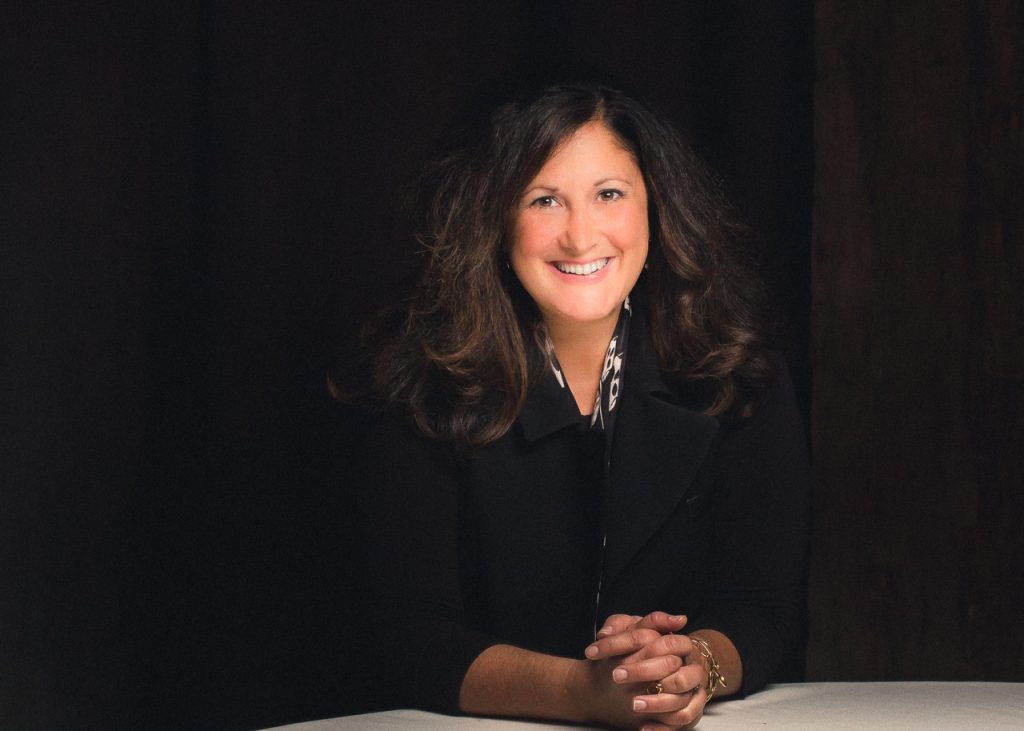 33
Janet Isabelli Wilkerson
Founder, Isabelli Media Relations
If there’s anyone who has their finger on the pulse of the Chicago dining scene, it’s Janet Isabelli Wilkerson. A hospitality PR vet of fifteen years, Wilkerson initially left agency life to consult independently while raising funds to start a restaurant with her husband. When the clients kept coming in, however, she thought the universe might be telling her something. She started Isabelli Media Relations and now represents huge players in Chicago dining such as the Illinois Restaurant Association, Chicago Gourmet, and Trump Tower. Wilkerson values her role as a storyteller for her clients. “It’s a lot of responsibility to tell a client’s story thoughtfully, carefully and creatively,” she says. “The chance to promote these chefs and their stories translates to seminal moments that stay with you forever.”

34
Curtis Duffy
Chef and Owner, Grace Restaurant
Grace has won just about every restaurant award there is: three Michelin Stars, five AAA diamonds and trophies to fill a case. Those accolades are largely thanks to the extraordinary talent of chef Curtis Duffy. Duffy has an impressive culinary pedigree—he started in the kitchen at Charlie Trotter’s, moved on to Trio and Alinea under Grant Achatz, and then got his own Michelin stars at Avenues. It’s not often that when a chef leaves a restaurant that the place ceases to exist—but Avenues has never reopened post-Duffy.  Grace has even inspired a documentary film, made in collaboration with Chicago Tribune writer Kevin Pang. And at a time when critics and pundits insist that white tablecloth places are dead (and when Michelin-starred restos like L20 do, indeed, die), Grace keeps breaking the rules and setting standards for fine dining in Chicago. 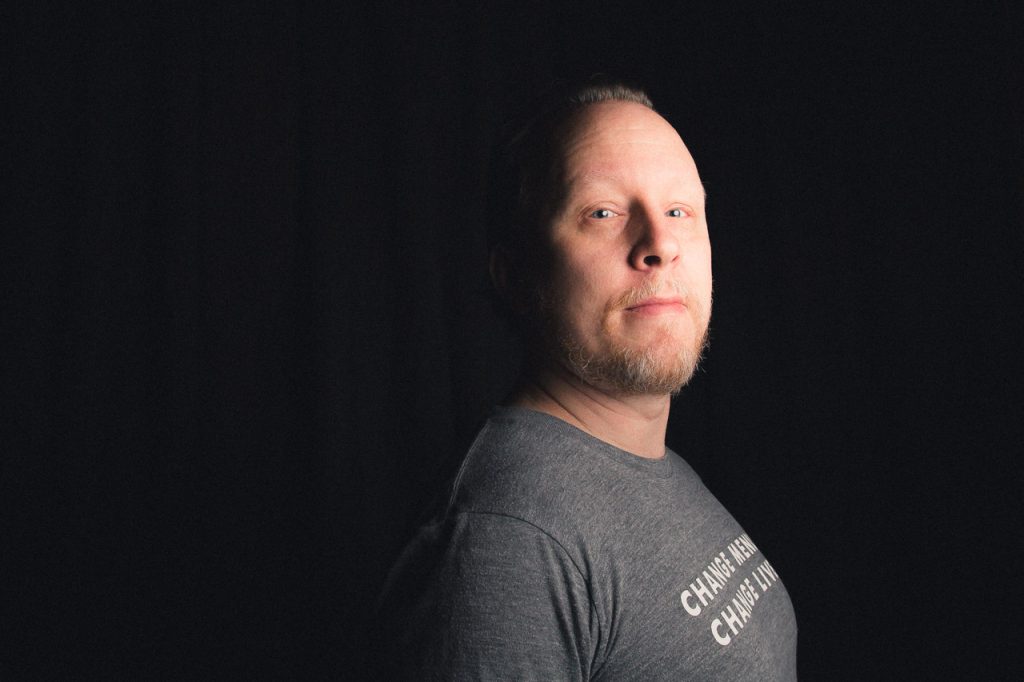 35
Paul Fehribach
Chef and Owner, Big Jones
In his “Big Jones Cookbook,” Paul Fehribach puts into writing the recipes he’s been using for years at his Big Jones restaurant. But Fehribach is more than just a chef: he’s a passionate and articulate crusader for locally sourced products. One of his primary goals is to move us beyond the massive factory farms that serve the global market. “Great progress was made in the twentieth century,” he tells us, “but one thing we really need to dial back is industrially processed foods. They simply aren’t good for us. It’s fine to want novelty and exotica, but one thing we know is that eating whole foods—whether grains, fruits, vegetables or, yes, animals—is good for you.” In an effort to “rethink this idea of food as a transnational industry,” Fehribach seeks inspiration in old-time recipes, most all from the American South, that leverage the goodness of the local farm—and also taste really good.

36
Carrie Nahabedian
Chef and Owner, Naha and Brindille
Carrie Nahabedian took Chicago by storm with Naha, her first restaurant honoring her Mediterranean roots and garnering her a James Beard Award and four consecutive Michelin stars, along with induction into the Chicago Culinary Museum’s Hall of Fame. With Brindille, her French restaurant opened almost two years ago, she honors her roots in cooking. “My first love and passion is French cuisine,” she says, and “Brindille is refined Parisian cuisine, absolutely top-to-bottom French.” Nahabedian compares Brindille to a French jewel box, in that it’s sexy, intimate and upscale, with a much smaller menu and seating scale than Naha. This ability to open two very different restaurants and execute both concepts flawlessly is what makes Nahabedian—as well as her cousin and business partner Michael Nahabedian—stand out among Chicago’s many restaurateurs. Coming up: a Greek-inspired restaurant, opening date TBD. 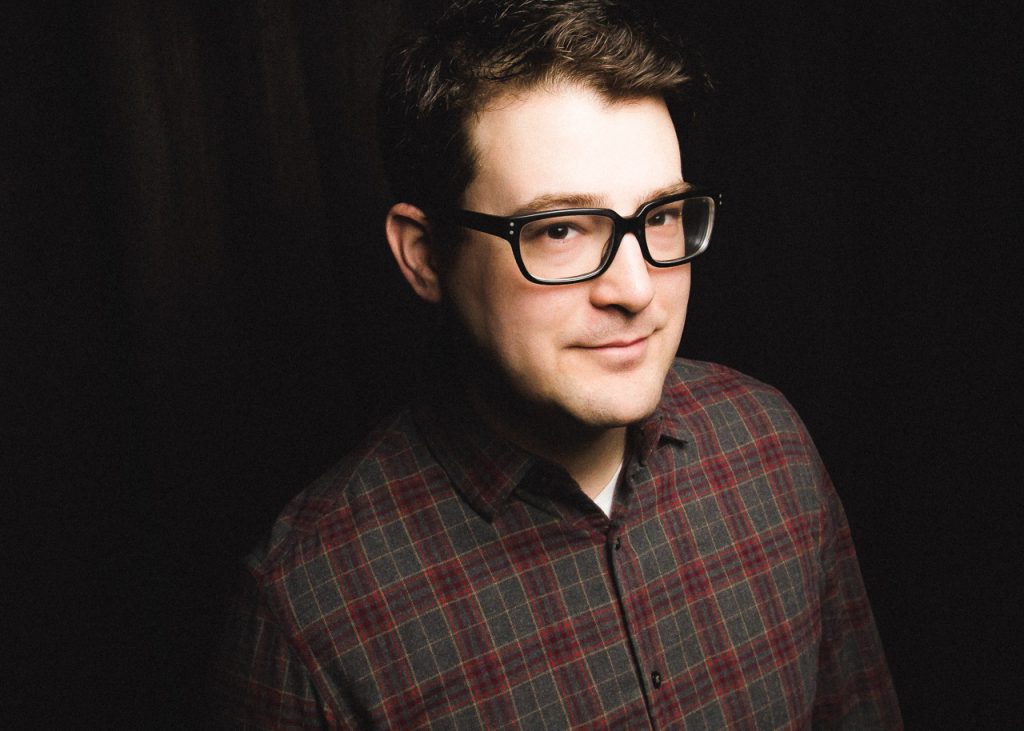 37
Rob and Allison Levitt
Owners, The Butcher & Larder and Partner, Local Foods
Since they closed Mado, their breakout Wicker Park head-to-tail restaurant, Rob and Allison Levitt have been putting local, custom-cut meats on the tables of Chicago home cooks from The Butcher and Larder, the Levitt’s whole-animal butcher shop. This year, as they partner with and move to Local Foods in Bucktown, they’ll introduce to a wider audience the excellent meats available from Midwestern farmers. “We opened Butcher and Larder because we wanted to offer high-quality meat for people to cook in their homes,” Rob Levitt says, “and now we can extend our philosophy to the chef community, grocery stores and other commercial operations that want a whole animal program.” Local Foods will open in late May or early June, and the Butcher & Larder’s space will include a sixteen-seat café serving sandwiches, soups and charcuterie plates, as well as a USDA dry-curing program and private event space. 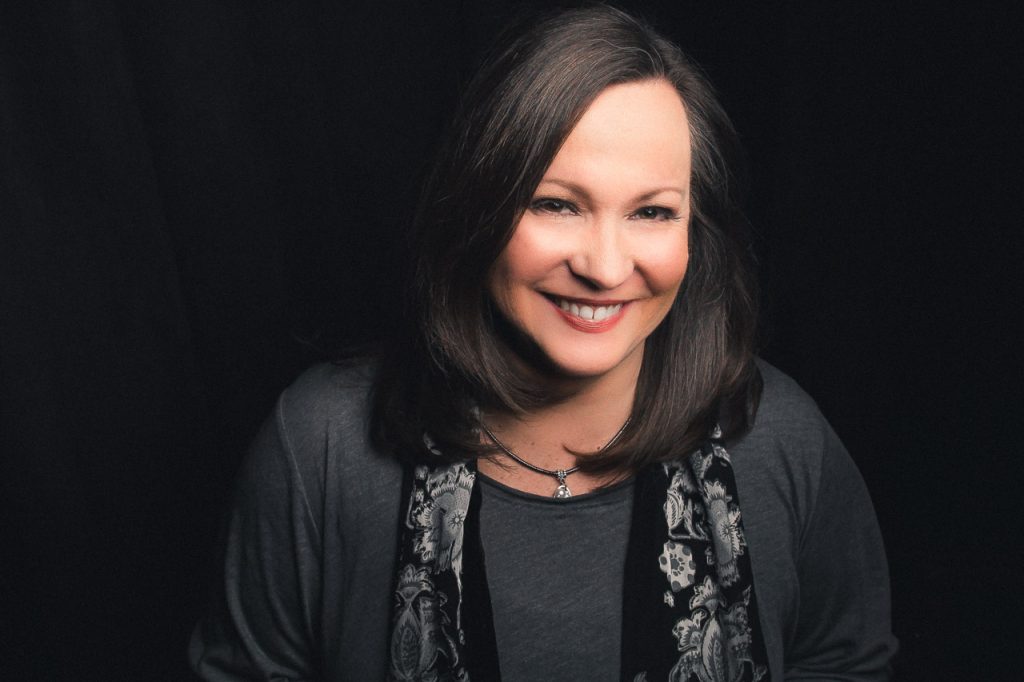 38
Ann Flood
Co-Founder and Editor, Edible Chicago
“Local food is not a fad,” says Ann Flood. “It’s taken root in our city and it’s becoming more accessible and affordable.” Her Edible Chicago magazine tells stories of people behind the food. “It’s like they’re meeting the farmer,” she says, and she aims to inform, inspire and ultimately change the way readers think about their food choices. Through stories, recipes and events, she brings the mission of the magazine to life. This summer, look for new events featuring chefs and farmers, as well as Edible Chicago-sponsored cooking classes.

39
Sarah Stegner and Vi Daley
Board of Directors Co-Chairs, Green City Market
No Chicago organization carries the spirit of local sourcing like Green City Market. This metropolitan farmers’ market, established sixteen years ago, has become a seasonal focal point for Chicago chefs. “There are chefs who represent different ethnicities, backgrounds and styles, and they all shop at the market,” says Sarah Stegner. She and Vi Daley co-chair the board of directors and work to further the market’s mission of bringing farmers together to provide the best-tasting local food. For Stegner, Green City Market embodies the solidarity of the Chicago dining scene. “Chicago is a community of chefs that are supportive of each other, and it’s growing,” she says. “We all have the same purpose: to provide the best food possible.” 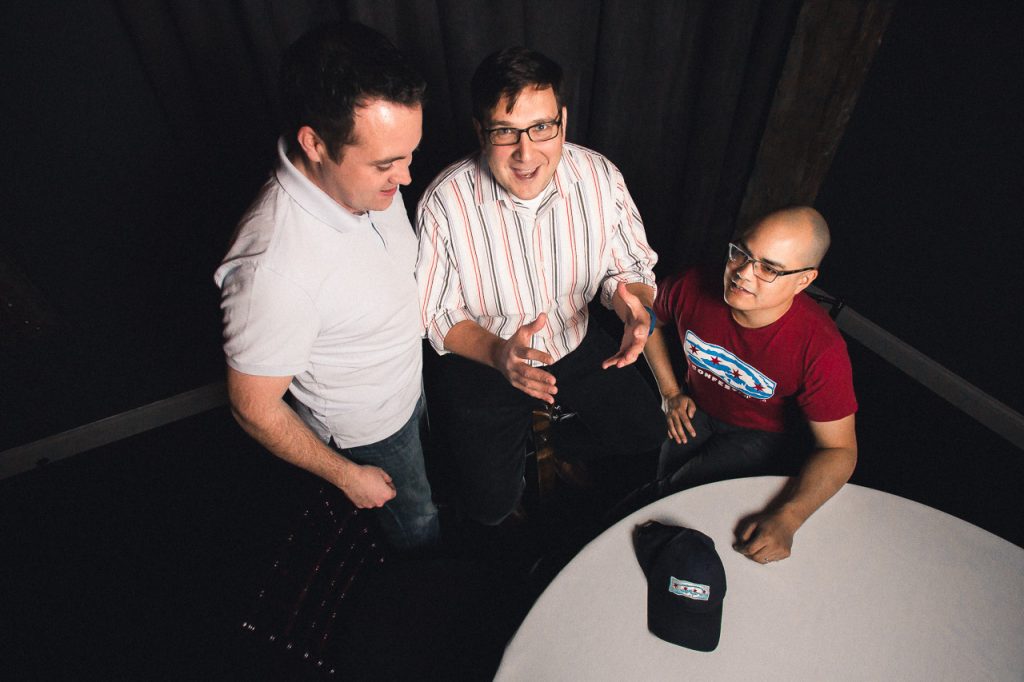 40
Seth Zurer, Michael Griggs and Andre Pluess
Founders, Baconfest
“We wanted to start Baconfest so we could go to Baconfest,” says Seth Zurer, one of the founders—along with Michael Griggs and Andre Pluess—of the now-annual event. “We asked ourselves the question: what kind of bacon party would we want to go to?  And that’s the party we made: great restaurants, plentiful food, an emphasis on creativity and community, with humor and personality.” This year’s event features 170 restaurants, forty-five of them Baconfest first-timers. While we admire the founders for rallying Chicago restaurants, Chicago breweries, and most importantly Chicagoans, their most impressive achievement is their work with the Greater Chicago Food Depository. “The work of the GCFD,” says Zurer, “is a totally appropriate complement, or maybe counterweight, to a festival that embraces unbridled indulgence.”

The Local Beet: Chicago » Less Than a Weekly Harvest of Eat Local Links

Food Critics for Safe Water The Flint, MI Water Crisis has given rise to the proposed Safe Water Act of 2016 Resolution. A resolution that simply states that safe water is defined as water that has been processed to remove all harmful bacteria and minerals from water prior to human consumption via drinking or food preparation. And providing water in any form that is unsafe to anyone is a criminal offense and a violation of a person civil rights. Restaurants that want who comply, and wanted to have a recognized symbols for their marketing and industry marketing such as Trip… Read more »