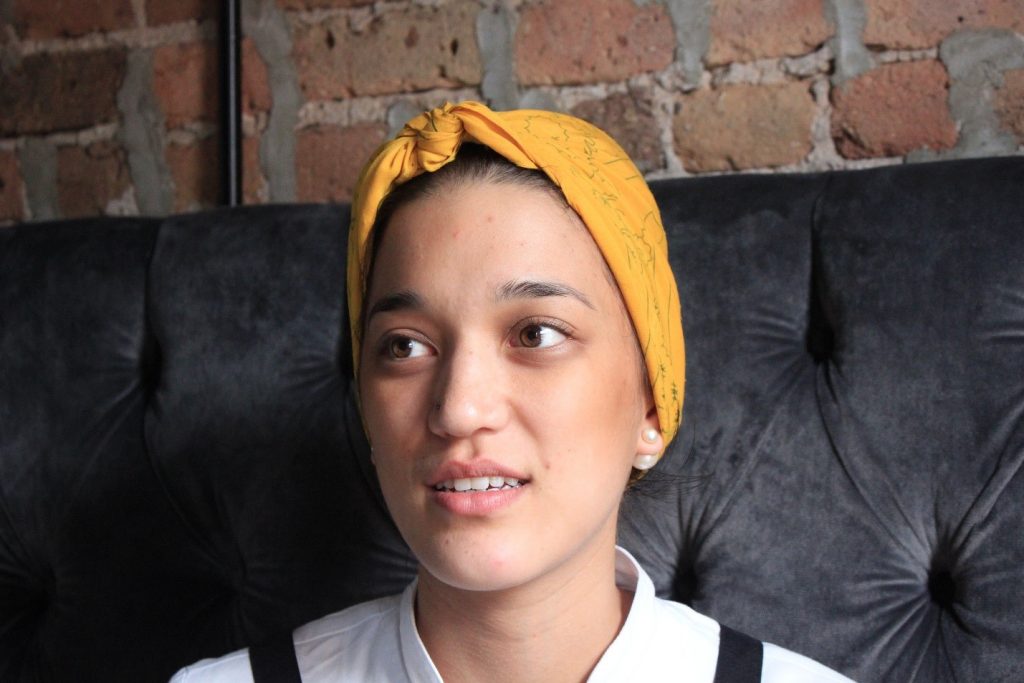 Tanya Baker is the twenty-seven-year-old executive chef at The Boarding House (720 North Wells). This year, she was a finalist for James Beard Rising Star Chef recognition.

Do you remember maybe the first dish you ever made?
Chicken parmesan. Always really simple. Later, in school, they asked me to write an essay. They said “You could get a scholarship!” So I did. But there was also a competition, a kind of mini Iron Chef, and I would never have written the essay if I knew there was a competition, because I’ve always been very shy, very timid. My mom took me, and I remember being in the car, thinking “What am I going to make?” I had no idea. So I made a chicken parmesan. I got the scholarship.

What are the characteristics of a successful chef?
There are those who have really big egos, over-the-top loud personalities, and there are those who are more mellow, quiet, head-down and focused. I’m very quiet when I work. People think I’m mad, but I’m not. I’m just not super-social. In this world, you’re in the kitchen all the time with the same people, and we’re all a little socially awkward. I’m still learning how to do interviews and talk to people. It’s hard.

Is there anything amiss in the way cooking schools are turning out students?
Yes. When I was in school, I had no knowledge of the business of cooking. When you’re in class, you have teams, and you have an hour and a half to make two dishes, and you have every single item you need, every piece of equipment, right there in front of you. It’s not like that in the real world. You have issues with deliveries, products not available, parties that pop up randomly, people calling in sick, all the time, it’s this and that. I don’t want to say that students are babied in school, but I think they need a little more tough love. Media create this idea that you start working in a kitchen and you’re a “chef,” right away. On television, competitions make it very glamorous. Once you get into restaurants, you see it’s not that way. 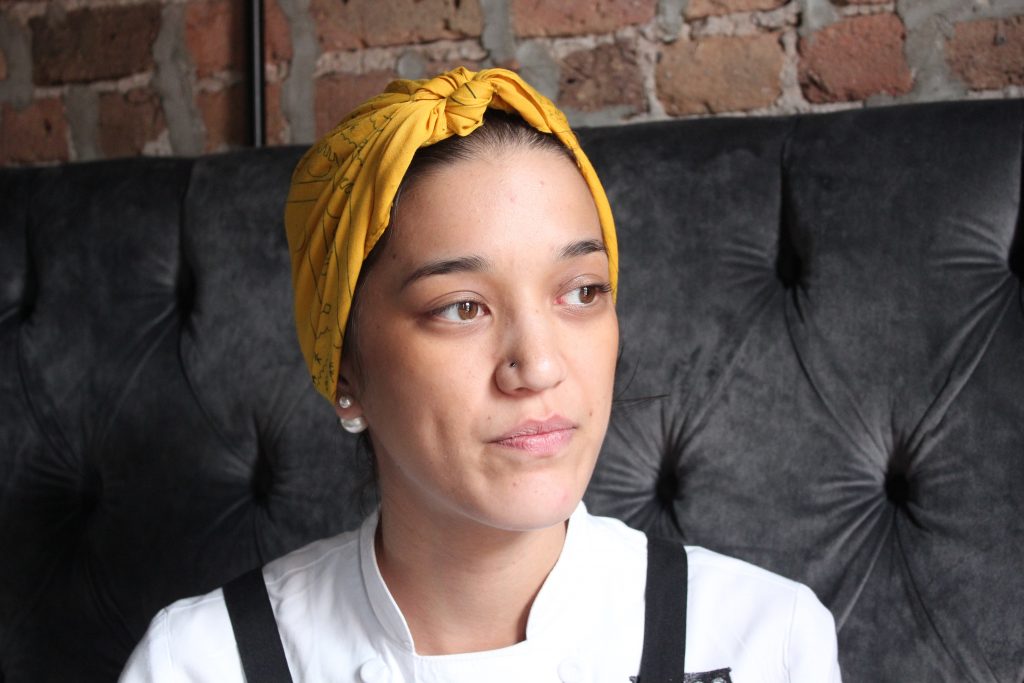 Are there any consistent problems you see with young chefs?
A lack of self-discipline. I try to have very high standards, that’s how I was brought up and taught. My band instructor had this thing, PRIDE—Personal Responsibility in Daily Effort—and that’s something that stuck with me. You have to hold yourself accountable in what you’re doing; that’s always in the back of my head. Even when people aren’t watching, you take responsibility in your actions. Not a lot of people do that. They do things when they’re told, but they have to be told, and I think you should just do things passionately, and take pride in what you’re doing, because you want to.

Are there any customer requests that drive you absolutely crazy?
I don’t mind catering to guests. We’re here for the guests and we’re here to help them have a great time. I don’t usually get bothered by requests…but the one request I don’t really understand is when people kind of build their own plate. They pick and choose and create their own dish. For instance, someone might say, “Well, we want the chicken, but we don’t want anything on it, nothing that’s in the composed dish, but we want some starch and carrots cut up and cooked with olive oil and no salt.” Sometimes maybe people just need attention, but they’re paying for their food and they should have it the way they want it, so we do our best. We do it with what we have on hand, but I think it defeats the purpose of going out to eat.

What kind of customer do you love?
I love customers who are open-minded and eat a lot. Sometimes we’ll get a table of two and they’ll have six courses, a little bit of everything. I like to see people enjoying themselves. When I go out to eat, that’s definitely our style. That’s fun for servers, too. 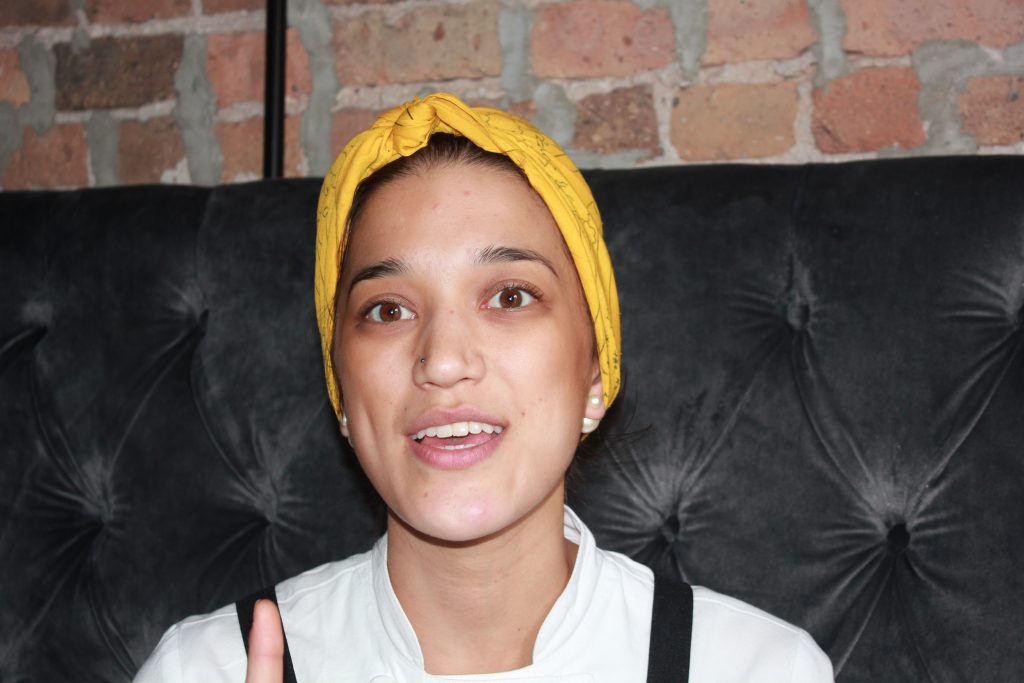 Commercial kitchens are traditionally a man’s world. Has that been challenging for you?
Obviously, when it comes to physical strength, well, you can’t compete with the men there, but women have certain strengths, like empathy and patience. You have to be strong, though, and I don’t think it matters too much if you’re a man or a woman. If you’re a strong enough person, whether you’re male or female, you make it your world.