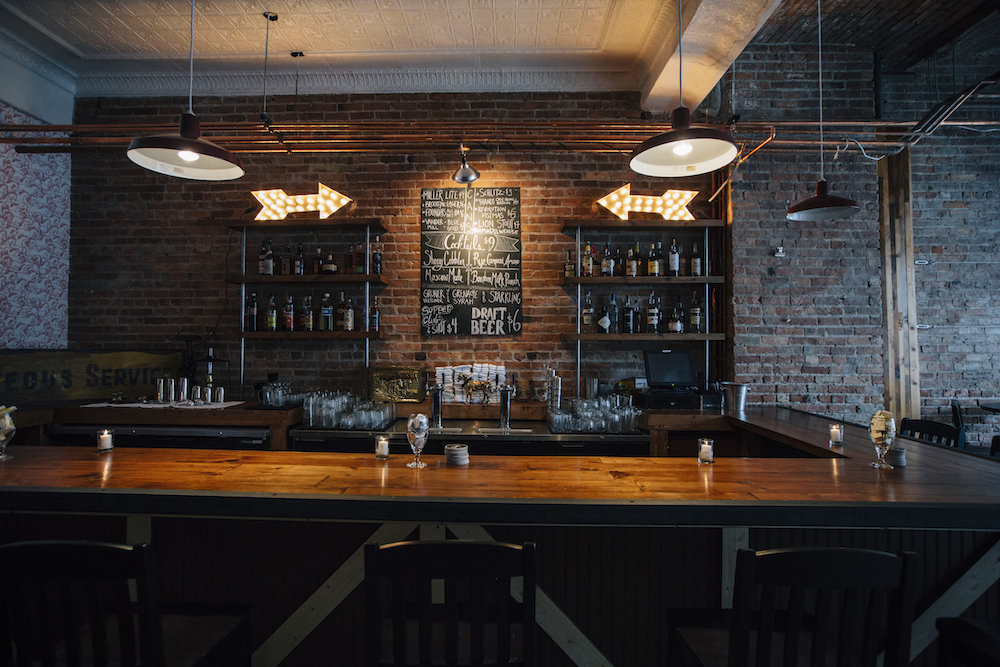 When you hear a new bar described as a “punk rock-inspired piano saloon,” even jaded cynics perk up to wonder, “What the…?”

Tack Room, the latest addition to Pilsen’s Thalia Hall development, has everything to make a Derby fan go wild—hand-picked bourbon, leather saddles and mint juleps—and enough Southern charm to appease anyone north or south of the Mason-Dixon Line. But the Derby is just a once-a-year party, and Tack Room intends to keep the energy going year round.

When Dusek’s Board & Beer (1227 West 18th), the first-floor restaurant, opened at the end of 2013, it instantly hit everyone’s best-of lists. With a spectacular space (part of a 1890s concert hall) and Czech-inspired food by Longman & Eagle chef Jared Wentworth, it was no surprise that the place was very good.

Then the seventies-themed basement Punch House raised the (pun alert!) bar even further, with a funky vibe and authentic punches made from recipes going back to the seventeenth century. Even the main concert venue itself proves a pleasant surprise; it’s one of the rare places where one can see a real concert and simultaneously sip genuinely delicious and well-priced cocktails. 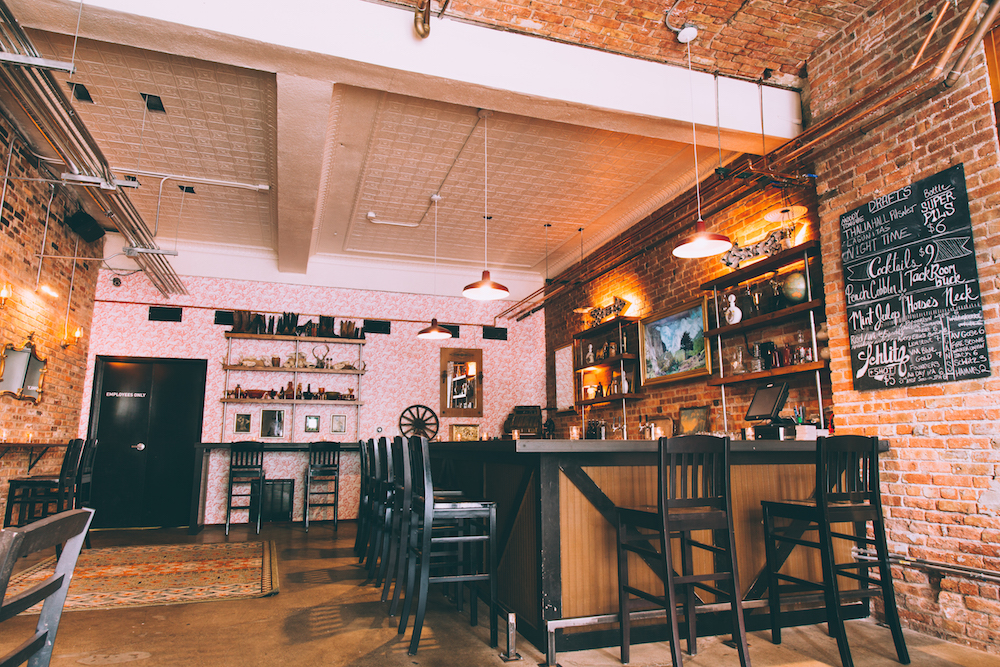 Tack Room (accessed through the wall on the right of the stairs leading up to the concert venue) is in the space that, way back in the nineteenth century, used to house original owner John Dusek’s horses; hence, “Tack Room.” If you’re not a member of the horsey set, a tack room is where riding equipment is stored. Until recently, it was used as a storage room—“where garbage went to die,” says beverage director Dustin Drankiewicz. Now it’s fully built out and beautiful, with a long wooden bar, exposed brick on all sides, intricate wallpaper (covered with horses; look closely) and a giant roll-up front door, perfect for summer parties.

But Mint Juleps don’t sound very Czech, do they?

“Trying to replicate the ‘Czech’ of Dusek’s in a horse stable didn’t make much sense,” laughs Drankiewicz. Instead, they’ve focused on the horses and headed down to Kentucky seeking inspiration for their theme and menu.

The cocktail list is short, but choice. “Our focus is on crushed ice cobblers, the Southern gems of the cocktail world,” says Drankiewicz. They’ll have a rotating series of these cobblers (right now, a very seasonal peach cobbler is on the list) along with other southern traditions.

The mint julep is “super classic,” made with a “house sugar” (a combination of demerara, honey and a bit of orange), Rebel Yell bourbon, mint and the aforementioned crushed ice. “It’s definitely one of those cocktails you can’t really force,” says Drankiewicz. “You have to let the mint take over; you have to let the ice settle; it’s classic.”

A less commonly seen in Chicago (if still traditional) cocktail is the Horse’s Neck, a drink that, like the building, goes back to the 1890s. Traditionally made with brandy, the version at Tack Room combines Hennessy cognac, honey, lemon and bitters.

There’s not an extensive whiskey list—“We’re not trying to win anyone’s best bourbon list,” insists Drankiewicz—but there are hand-picked barrels of George Dickel and nine-year-old Redemption Rye for those who want to sip something unique. If you’re in the mood to snack, the menu is similar to the one at Punch House, and the incomparable Juicy Lucy should be at the top of your must-eat list. If you’re not in the mood for a cheese-stuffed burger (and really, why wouldn’t you be?), grab a dozen oysters and some oven-roasted olives and call it a night. 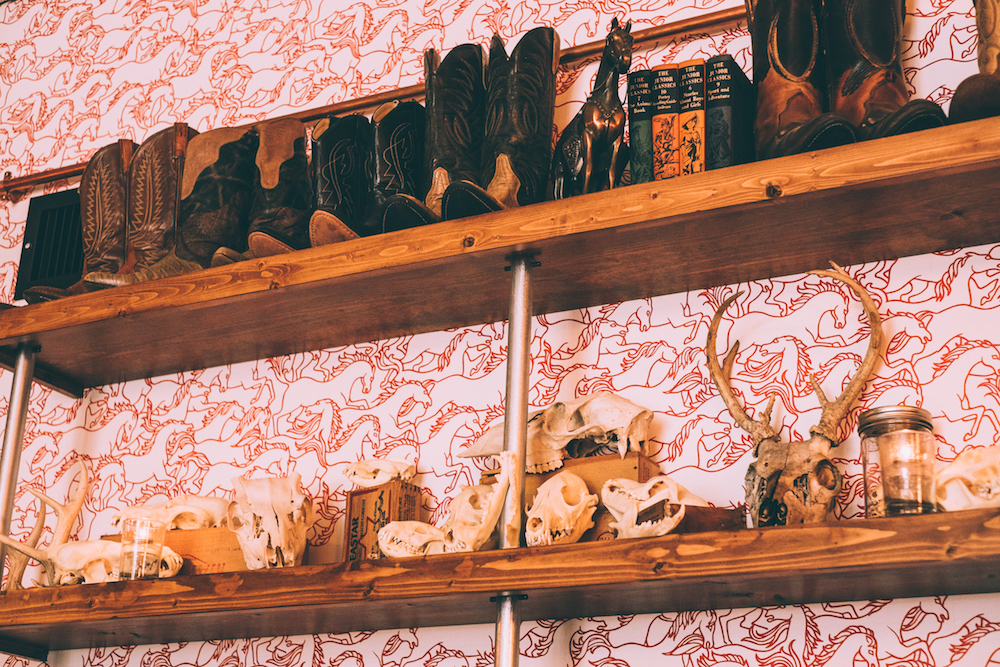 Tack Room is sure to get full when there’s a concert at Thalia, so check the schedule. If you come in later, from 9pm-midnight, the place goes all piano. But don’t go there looking for a traditional piano-bar scene. “When most people hear piano bar, they think it’s corny—two guys staring back and forth at each other,” says Drankiewicz. So don’t expect Ferrante & Teicher tribute concerts; instead, “there’s a piano player with a dirty mouth,” assures Drankiewicz. “It’s loud and there are sing-alongs.” Yee-hah.