by Brian Hieggelke
August 7, 2015Filed under: 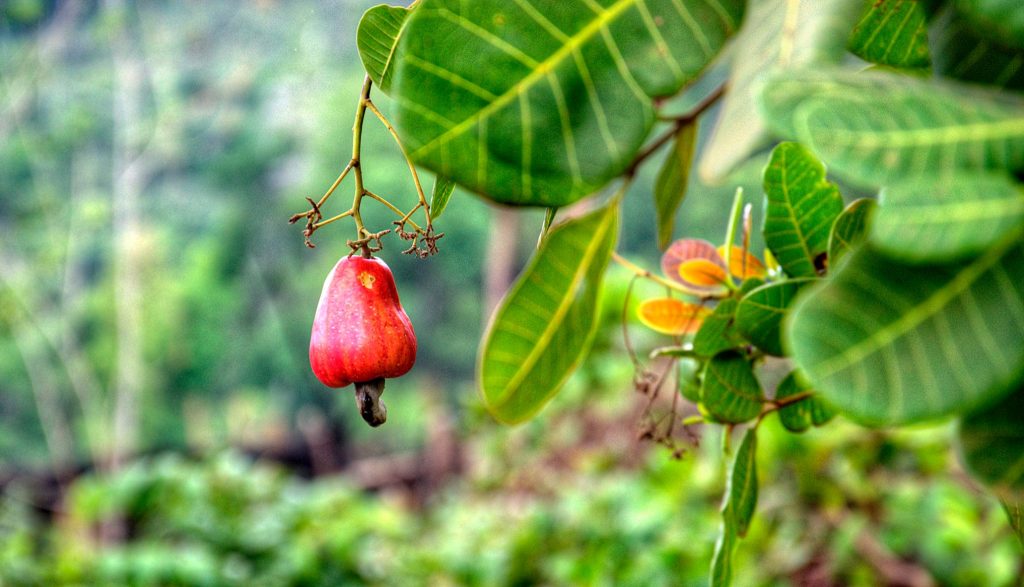 Feni. Ever tasted it? If you have, it’s likely thanks to Chicagoans Drew Whited and Brian McCaslin.

Feni is a liquor produced in Goa, India, from either coconut or cashew fruit. Whited and McCaslin make theirs of cashew fruit, which is the outer shell that encloses the “nut.” Once the cashew fruit is ripe, it falls off the tree, is collected and then smashed to extract the juice, which is put through a triple distillation process. The result is cashew “Feni,” an 85 proof clear spirit. Everything is one-hundred-percent natural and crafted by hand—exclusively by women—without the use of electricity.

In 2009, Feni was given a “Geographical Indication” which means that just like Champagne from France, the name is protected; Feni can be made only in Goa. Whited and McCaslin are in the business of bringing it to Chicago, the Midwest, and eventually all of the U.S.

Whited grew up in Bloomington, Indiana, and his buddy and future business partner McCaslin is from Libertyville, Illinois. They met through mutual friends while still in college. Whited and McCaslin are both athletes (basketball point guard and football quarterback, respectively). Says Whited, “After hanging out and getting to know each other through the years, we became best friends. We are like-minded in a sense that we have a passion for innovation, creating, leading and working hard. After college I took a sales job in Chicago with CDW. I quickly found out I could sell better than anyone around me. But I didn’t want to sell for anyone else. I wanted to sell for myself.”

McCaslin headed toward hospitality, opening a restaurant called Reality Bites in Bloomington shortly after he graduated from college. In 2011, he created “Coco Café,” the first ready-to-drink Coffee & Coconut Water beverage on the market. Less than a year later, McCaslin sold his company to Vita Coco, the biggest coconut water company in the world. McCaslin’s brainchild is now called Vita Coco Café, and it’s sold in over ten countries, including the U.S.

“We were selling Vita Coco Cafe to Costco in July 2013,” remembers Whited, “when an Indian lady named Rose told us about a very popular spirit from her country: Cashew Feni. She explained that Feni was consumed at parties, weddings and other celebrations. It’s been around for hundreds of years in India. We were immediately intrigued.”

To get a better feel for this product, Whited and McCaslin needed to do some boots-on-the-ground research. They flew to Goa in September, 2013, to meet with the Vaz family, who’ve been producing Feni for centuries. According to Whited, the Vaz family “opened the doors for us to take Feni to the rest of the world. Some things just fall into place at the right time: meeting the Vaz family was one of them.”

But there are some significant challenges to producing the beverage, which Whited and McCaslin have dubbed Spirit of India Feni.

One key production challenge is that cashew fruits can be harvested only two-to-three months out of the entire year, from February to April, and Feni is produced only around that timeframe. This is a big problem because, as Whited explains, “if we ran out of product for some reason, we wouldn’t just be able to tell our suppliers to send us more. We would have to wait until the next season to make more Feni.”

Nonetheless, says Whited, “We have secured menu placement with Feni cocktails on over ninety percent of the Indian restaurants in Chicago and the suburbs. In our first few months we put a huge focus on getting off-premise accounts set up. We have been selling really well at Binny’s, Chicago’s biggest liquor store chain. Our recent launch with Wirtz Beverage will help fuel these next few months with on-premise and grocery chains. One bar I would suggest visiting for a good Feni cocktail is Caffe Oliva on Ohio Street Beach. They have the Beach Buddha Tiki Cocktail which includes Feni, mango juice, lime juice, and fresh ginger. That cocktail has had a great response.”

So how does the stuff taste?

Having Feni over ice is an intense experience, akin to swigging grappa or white lightning, though Feni has more complexity than either of these two beverages… more, for that matter, than vodka . Whited suggested it would be good with just a squirt of lemon, and it was. Slightly acidic notes in the Feni echo against the lemon, and there’s a gutsy bitterness that makes Feni fine for an after-dinner drink. Of course, at Tiki bars one can imagine conjuring many fascinating beverages from Feni… a booze that’s probably news to you.