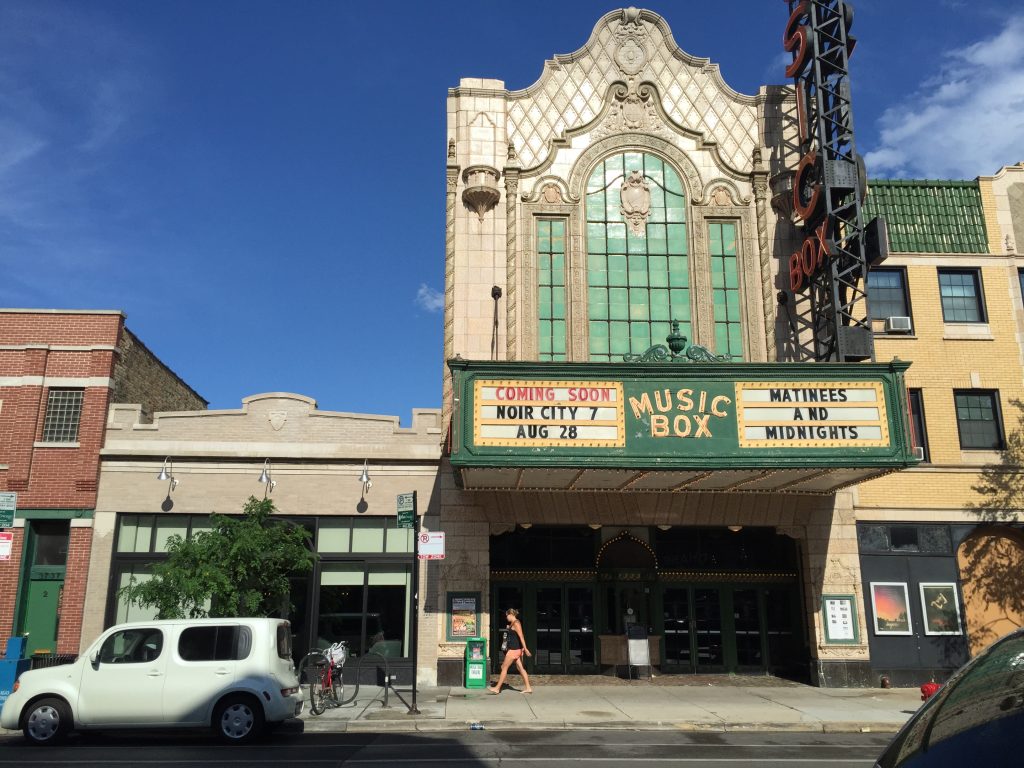 For eighty-six years this month, The Music Box Theatre (3733 North Southport) has been known for showing critically acclaimed independent and foreign films. As a kind of birthday exercise in renewal, the storied Lakeview movie palace has debuted a lounge and garden space that seeks to add some oomph to the movie-going experience.

Its cappuccino-and-cocktail-serving lounge opened in February, and the garden opened in July, part of a three-million-dollar addition to and renovation of the theater. Both have flown under-the-radar but are slowly growing into gathering spaces for young filmmakers, movie critics, moviegoers and neighbors. 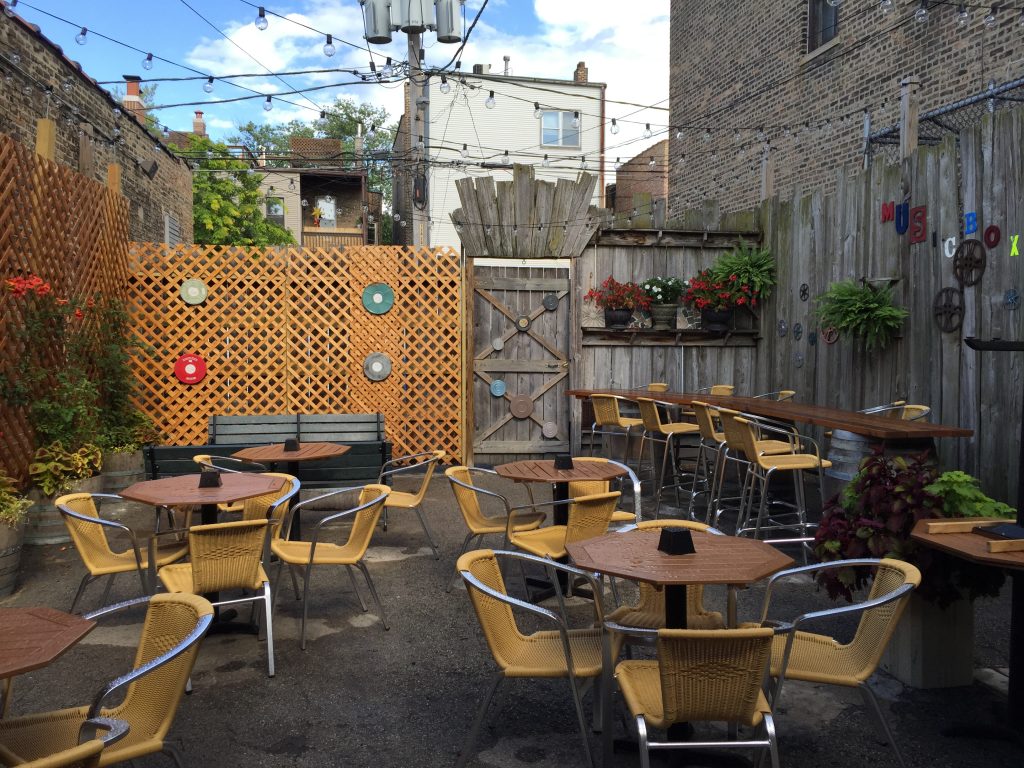 “We’re competing with how to get people off the couch and into the theater instead of sitting at home watching Netflix,” says William Schopf, the theater’s owner. “And you do that through programming and an enhanced experience.”

As Chicago theaters beef up the movie-going experience with reserved seating, craft cocktails and leather footstools, the Music Box has found its own way to compete. The lounge, which Schopf says has a “Ralph Lauren style,” plays host to movie premieres and parties; for example John Cusack and former Beach Boys’ Brian Wilson recently stopped by after a screening of the film “Love and Mercy.” With a drop-down screen and blackout curtains, the lounge also offers, according to bar manager Alex Peters, a place for young independent filmmakers to show their films.

“They have done this really clever thing of bringing film people and people who love film to convene and gather,” says film critic Lee Shoquist, who has been a regular at the Music Box since 1989. “I don’t know anywhere else in Chicago that does that.” 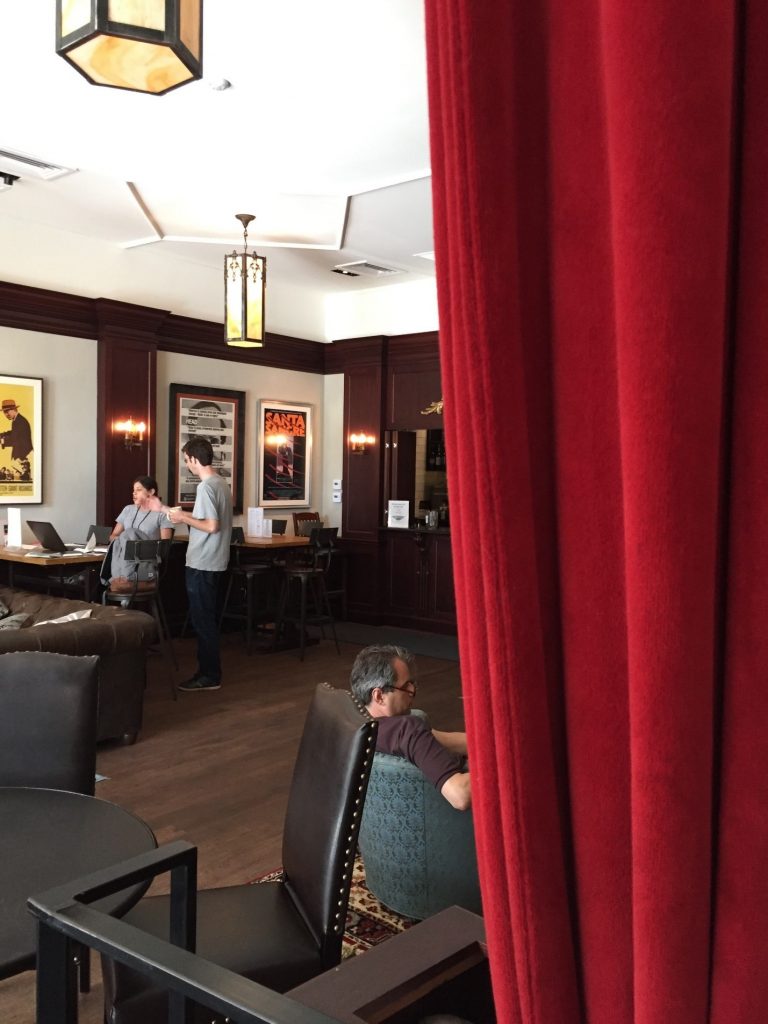 The lounge is not just for film buffs though. Since its 1929 inception, the Music Box has been a neighborhood gathering spot—it even kept its lights on at night in the eighties when the neighborhood didn’t have street lights of their own, Peters says. The new lounge seeks to revive that community feel. On Sundays, the garden will host a Bloody Mary bar as well as food trucks, and on Tuesdays a bourbon and board game night.

The lounge’s design also stays true to the theater’s history, showcasing old ticket counters, original marquee letters and archived movie posters for films that once ran at the Music Box, including “King Kong” and the sixties adult film, “Hot Skin.” (Fun fact: look closely at one of the film-strip-covered lamps, and you just might find evidence of the same genre.)

Peters says he hopes the lounge will become the “beating heart of Southport.” Looks like some have already heard the thump: “There’s something happening with that theater, I can feel it,” said Shoquist. “It really seems to be a haven for film lovers in a way that it hasn’t before.” Or, one might add, in a way no other Chicago theater has ever been. (Rosemary Lane)