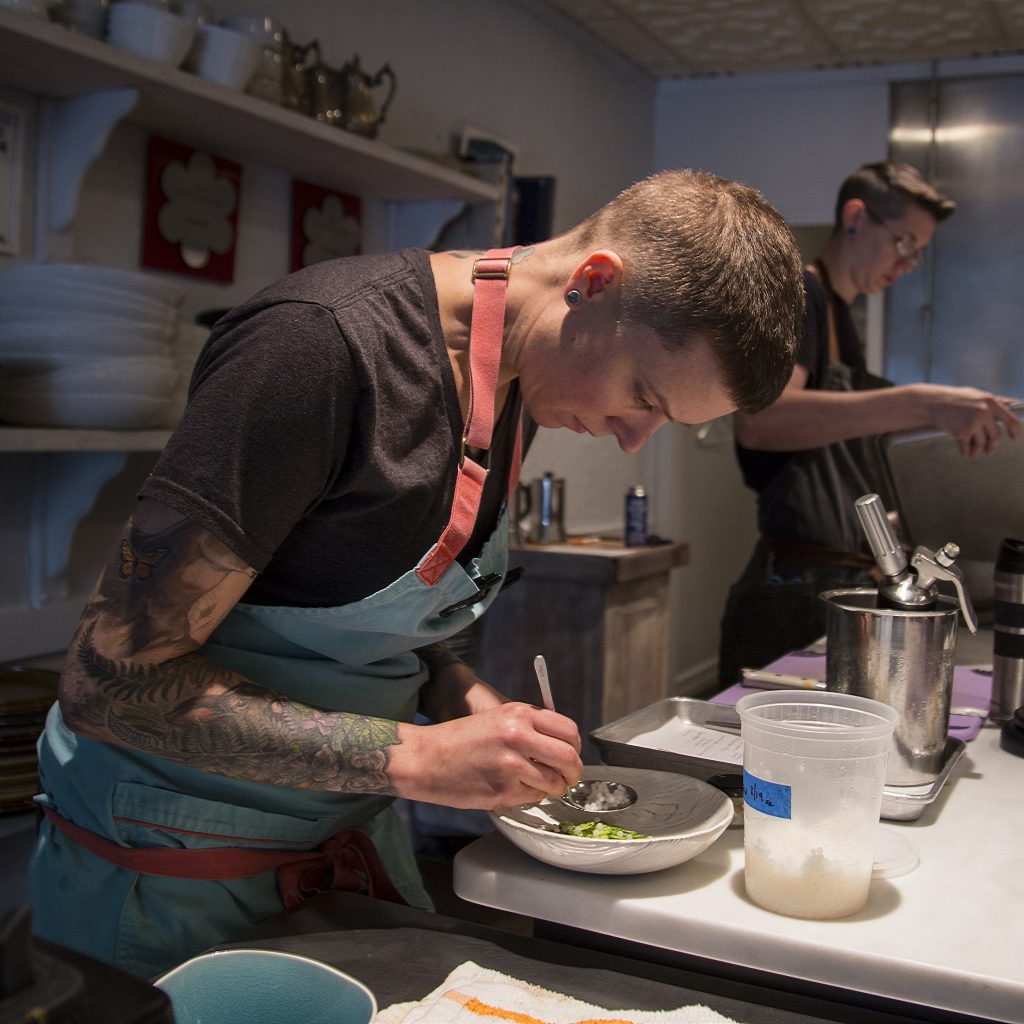 Fairy tales are the theme of the autumn menu at Elizabeth. This theme will be reflected in some of the ingredients we plan to use, including pumpkins and apples, both of which have well-known connections to Cinderella and Snow White.

One of the great things about the fairy tales of Mother Goose and the Grimms is there’s the cultural and geographical background of the writers—Charles Perrault and the Brothers Grimm—who were French and German, respectively. The cuisine we serve will reflect both of those rich culinary traditions.

We’ve been choosing themes that already have ties into our food so it’s easy for us to continue to serve what we normally would in the season and also make it fun and even more interesting for the guests. The themes help build on the story of the food. Many people have already referred to us as having Alice in Wonderland and fairy tale-like qualities, and in the autumn menu, you’ll see that these themes are taken up and carried through.

As with past themes, and the ones we intend to do, we will do some light decoration in the restaurant to draw guests into the experience. Nothing too overt, and definitely nothing hokey or contrived, but just a few decorative touches to make the experience feel more connected and complete. 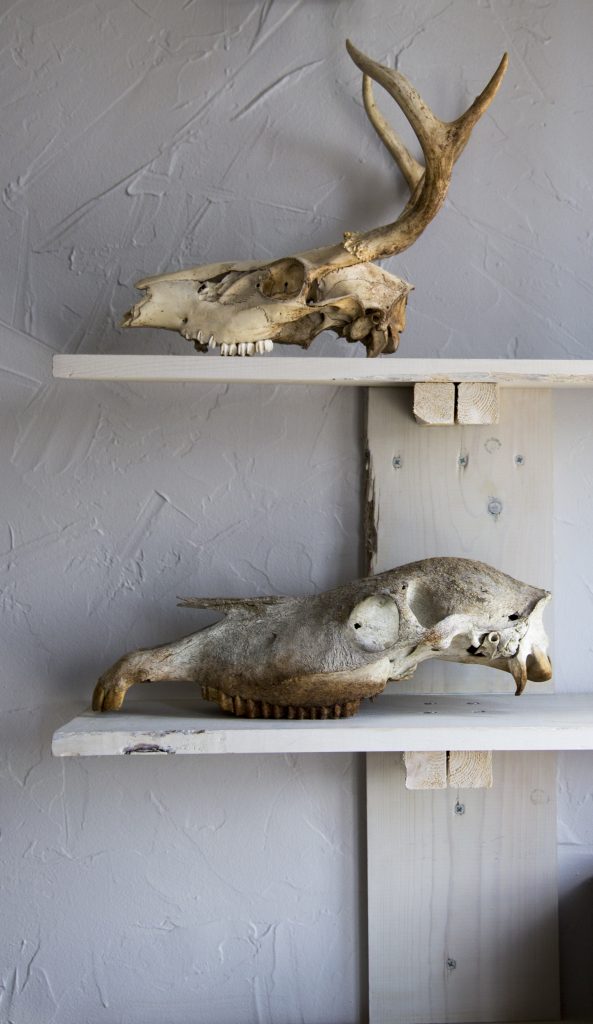 In addition to the pumpkin dishes that play on Cinderella and the apple amuse that brings in the witch from Snow White, we’ll be serving a picnic basket of our bread and goodies—a reference, of course, to Little Red Riding Hood.

There’s duck for Mother Goose, which gives us a chance to use a duck press presentation, which I’ve always wanted to do, plus it utilizes classic French cooking techniques. A unique spin on crepes for dessert again brings in classic French cuisine, and the sausage and pretzels reflect German influences.

Stories are the basis for the artistry in our food, whether it’s the story of the life of the chef, or the story of the food, or the farm or the woods.  Whether or not there’s a theme attached, I feel like our food is often telling a story. Sometimes a farmer will bring in something new for us to try and we work to serve that new food in the best way possible. Or we have researched the theme and because of the inspiration from the story, we’ve created something unique that our guests can relate to perhaps because they have some memory of that food. A lot of our guests have sensory memories. When they see the milkweed pods we are serving now, they usually have some relation to them from childhood, like picking them and throwing them at their brother or sister. Fairy tales, too, are something our guests will recall from their childhoods, so in several ways we’re hoping the fairy tale theme of the autumn menu resonates with the people who come to Elizabeth for dinner. 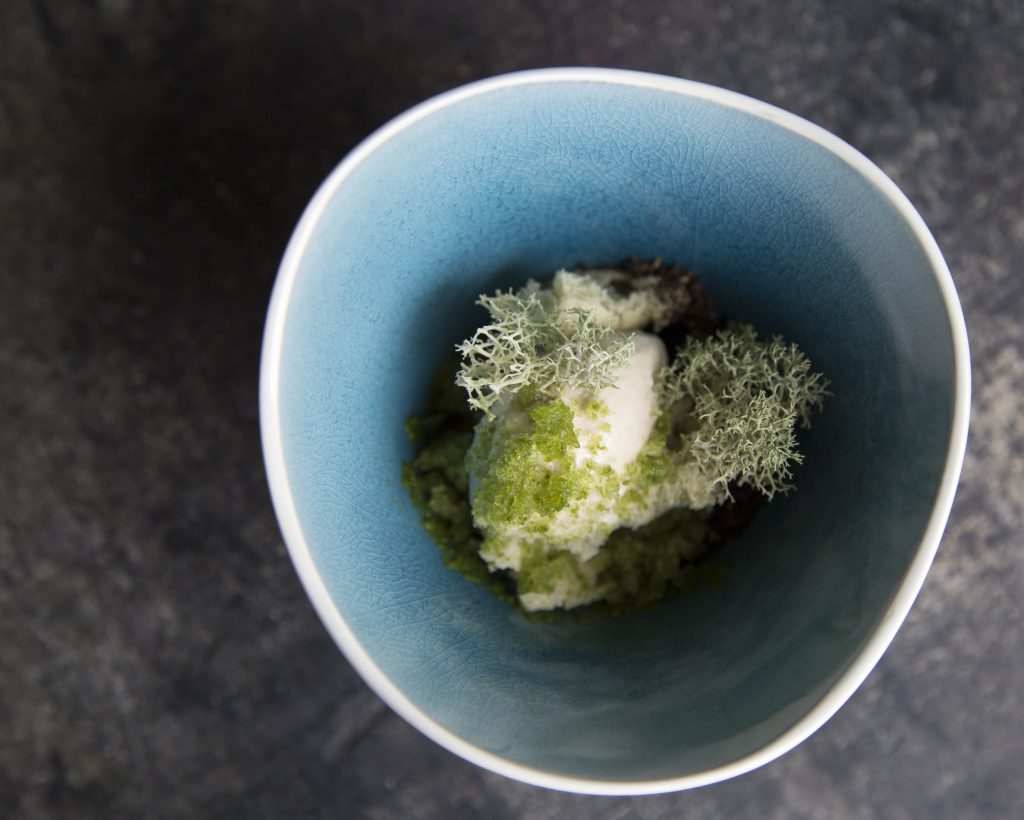 We have a time and place reference for where our food came from and a reason why we decided that people should try it.  There’s a lot of context to it.  The autumn menu is just like that and it involves ideas, and a theme, and farmers and a gathering together of people.

A work in process. With annotations by Iliana Regan in italics

Sycamore leaf plates as chargers for most of the meal’s snacks—from the ceiling-apple, pear, pumpkin, and cherry leathers [Represents the whimsy of the woods] 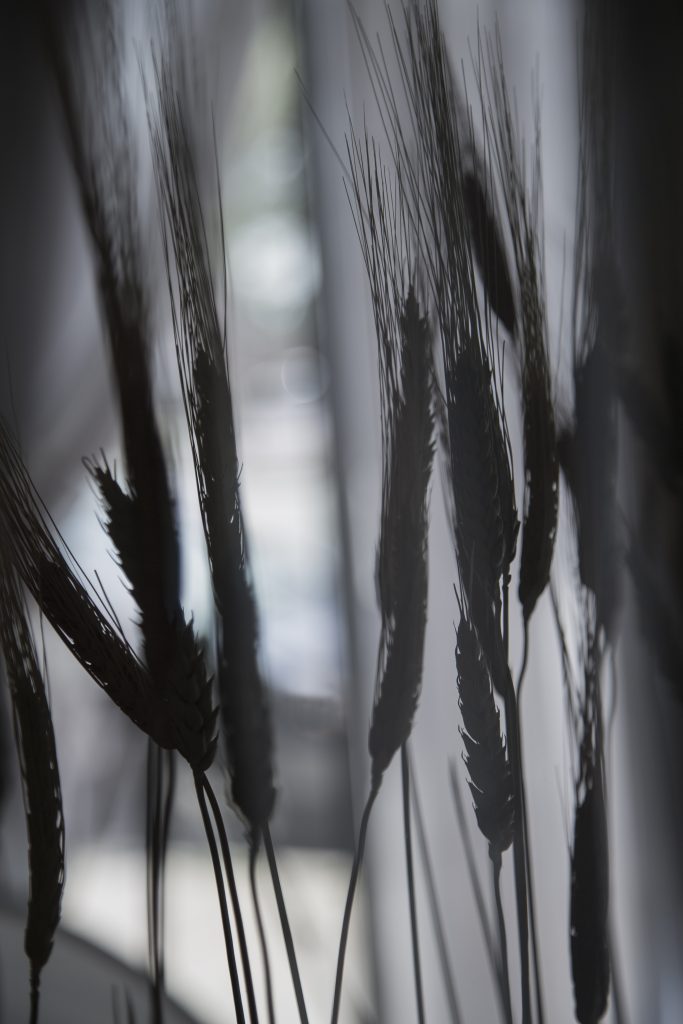 [Alice in Wonderland was a big influence here]

Chocolate microwave cake-crumbled, pickled cherry sauce, with maitake mushroom ice cream, with mushroom caramel over top [Kind of like a German Black Forest cake …and many fairy tales take place in a forest] 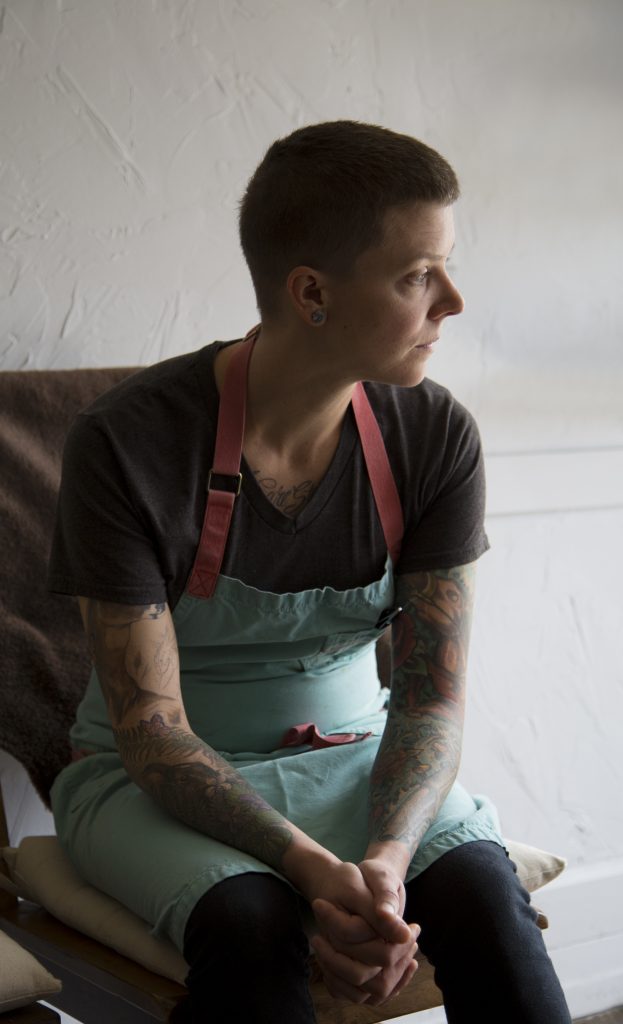 The first time I ever heard Iliana Regan speak, it was in a video shot by my friend and James Beard Award recipient Michael Gebert. Regan was talking about how it would be a dream come true for her to come upon a Mad Hatter’s Tea Party in the middle of a wood. The impulse to give in to fantasy, to weave a web of make-believe over the dining experience, has characterized Regan’s work at Elizabeth (4835 North Western), her first restaurant. I believe it’s fair to say that there is no other restaurant like Elizabeth in Chicago, though if one were to draw comparisons, it would be with Michelin three-star places like Alinea; though Elizabeth is priced much more reasonably, the same spirit of invention, creativity and kitchen artistry is apparent at both remarkable restaurants. (David Hammond)