by Brian Hieggelke
September 10, 2015Filed under: 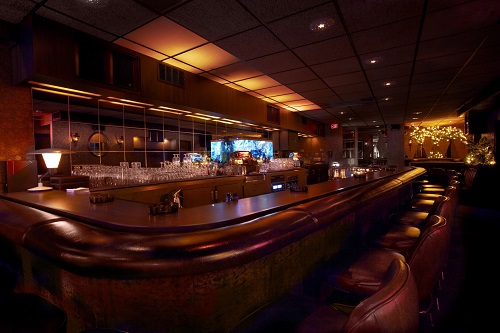 Seems like these days, every mediocre bar pretends to be something it’s not. You know the places: a modern-day speakeasy with no sign, a forties lounge with swing music or a sixties spot with highballs. Even when it’s done right, there’s something vaguely fake about the whole endeavor, like an Irish pub in a mall filled with manufactured antiques. You get the feeling about what it’s trying to be, but it’s not the real thing.

That’s why Bryant’s Cocktail Lounge (1579 South 9th), open since 1938 and hiding in a quiet Milwaukee neighborhood, is both a blast from the past and a breath of fresh air. It is exactly what it seems to be—a classic, local bar making high-end cocktails pretty much the way they’ve made them since the days when men wore hats and manual cash registers were functional and not simply cool antiques. It’s a bar where the classic cocktails never went out of style.

Owner John Dye recalls his feelings when he first encountered Bryant’s: “I’d never seen anything like it.  I fell in love with it.” He bought the bar eight years ago—the previous owner had died. Dye had been a customer at the beloved bar, and was a veteran of the bar and restaurant business, so he decided to buy it.

When you walk into Bryant’s, it’s not only like walking into another time; it’s like walking into another world. The dark interior, glowing with orange light from behind the bar, and vibrating with the dulcet tones of Nancy Sinatra, beckons you. It’s quiet, calm and somehow elevating—there’s the instant feeling that this is a bar with a sense of fun and, at the same time, dignity. No one is yelling, there’s no loud music, just the hushed buzz that keeps the place alive and exciting.

It’s also a place where bartending is a spectator sport. There’s no “back bar” at Bryant’s and no menu—every drink is crafted by the bartender to fit the personal desires of each guest. You tell them what you want (a spirit-forward drink, made with rye, for example) and they’ll come up with something just for you (in my case, a “Lonesome Highway,” a Manhattan variation with extra bitters). If you’re a cocktail nerd, watching the bartenders come up with their concoctions, using the antique equipment, is much more fun than T.V. could ever be. I also quaffed a classic Wisconsin Brandy Old Fashioned, served in an antique snifter-like glass the owner seeks out at thrift stores. 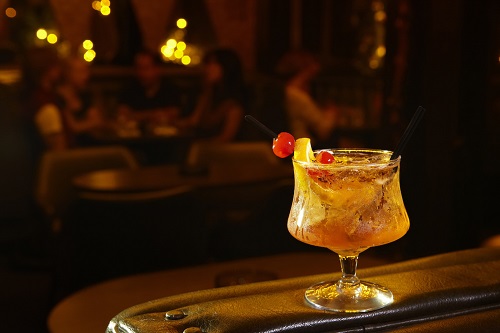 “There are over 500 drinks on our list now,” explains Dye. They’ll also make custom drinks. On my last visit, my companion wanted something extra bitter, but refreshing: off came the lid of the Angostura bottle and some icy, blended concoction of bitters and juice came out five minutes later that was exactly what he wanted. He didn’t know he wanted it, but there it was.

Even if you’re not a strong drinker, Bryant’s has something for you. They’re known for their ice cream drinks—in fact, Bryant’s invented the nutty, delicious Pink Squirrel. And they’ll serve you anything from a vodka martini to something tropical in a tiki-style volcano bowl.

“I know it’s a good night when I look down the bar and see all the different types of drinks,” says Dye.

Some restoration was necessary to turn Bryant’s into the perfect cool lounge it is today. First, he had to pick an era. With a bar as old as Bryant’s, you could retrofit it to almost any decade in the last century or so, and it would feel authentic. The building was built in 1880, but Dye tells us, “What you see is mainly from 1971. I decided to lock it in place.” The last major renovation was done in 1971 after a fire, but lots of the elements (the cash registers, the bar fixtures, the structure) feel much older than that. The crystal-clear fish tank is pure 1970s.

Dye tried to change as little as possible; he wanted to keep the bar the way he loved it. He fixed some damage and redid the roof, but that’s about it. Even the sound system is the original from 1971—a gold-plated model made by McIntosh—and it still sounds amazing. “It cost $21,000 in 1971,” explains Dye. “The average income was like $10,000 a year!  It really was a lot of money.”

Somehow, Bryant’s managed to avoid what bar geeks call the “dark ages” of cocktails—that time when most drinks were made with sour mix from a gun and you could order a Harvey Wallbanger with a straight face. Dye thinks that it’s because the bar only had two previous owners, and a number of staff members worked there for more than forty years. “They preserved the legacy,” says Dye. Now he’s doing his part.