by Brian Hieggelke
September 25, 2015Filed under: 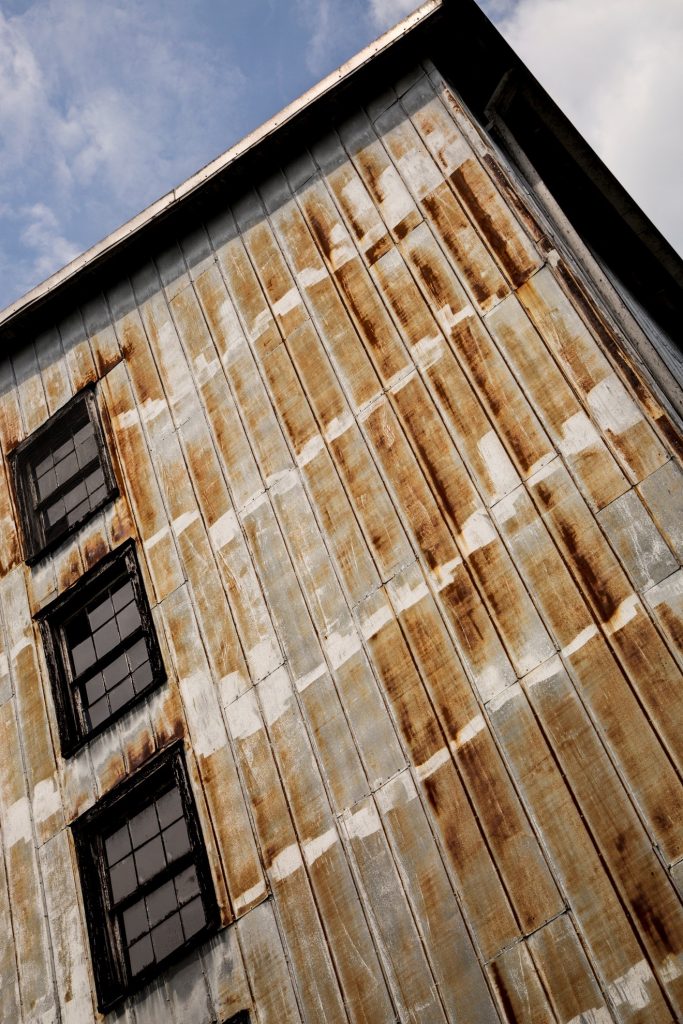 It’s 2:32pm on a sweltering Kentucky afternoon. I’m perched on a retaining wall in front of a hot metal rickhouse, head thrown back so I can see to the top. Vertigo, plus the buzzy sweetness of the bourbon-scented air, makes me sway a little. I have a flashback. In it, I’m seventeen, standing in front of the nation’s capital really grasping for the first time that government isn’t a cosmic machine run by gods: it’s just people.

Different scene, same awareness: The bourbon industry may be a multi-billion dollar behemoth, but underneath it’s an approachable old thing, held together with barrel hoops, rickhouses and relationships.

Apart from Lincoln lore and a shared border, the key connection between Kentucky and Illinois is bourbon. Whiskey is huge right now, up forty percent in domestic sales over the last five years. So there’s a shortage of the good stuff. Getting the best bourbon expressions in your glass at Chicago bars comes down to cultivated liaisons.  Laurent Lebec knows this. Reaching, mixing and reaching again, he’s finishing a busy lunch shift at the Big Star bar, the red ink on his tattooed arms reflecting the sun. “Relationships do matter,” says Lebec, who directs the beverage program. That’s why he takes his team to Kentucky to visit key distillers three or four times a year. “Heaven Hill, Buffalo Trace…We’ve picked sixteen or more of our own barrels over the last five years,” he explains.

Longman & Eagle’s bar team also often goes to Kentucky, and they have handpicked barrels of twenty-one-year-old bourbon from Willett, plus private selections from Heaven Hill and Jim Beam. “Getting to know the families producing the bourbon,” says bar-program director Phil Olson, “goes hand in hand with knowing the farmers that supply our food.” 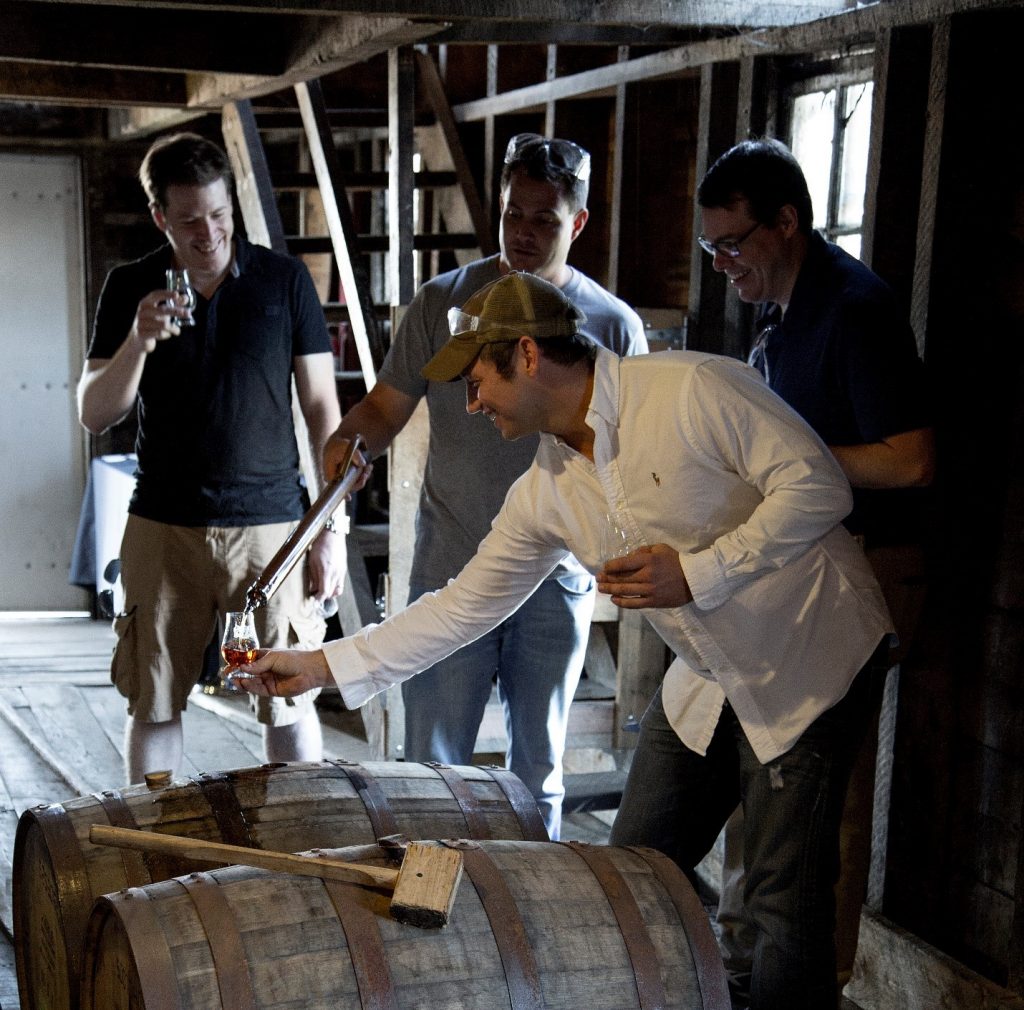 For Delilah’s owner Mike Miller, the whiskey boom is new gilt on a long-traveled path of relationships. Miller’s “friends list” includes bourbon VIPs such as Drew Kulsveen from Willett, Fred Noe at Jim Beam, Craig and Parker Beam at Heaven Hill, Jimmy Russell from Wild Turkey, and Jim Rutledge from Four Roses. “The whiskey business is still about sharing and having fun,” says Miller. “Meeting these people, having a few whiskeys, here or down in Kentucky, we do great business together because we have a great time together.” Delilah’s private barrel selection is impressively deep, with thirteen custom whiskeys—some designed by Miller.

Boozy connections between Chicago and Kentucky go back a lot farther than Delilah’s twenty-two years. Historically, Chicago money figured in the establishment of Kentucky distilleries before and after prohibition.

Today, “there’s plenty of bourbon out there, just maybe not the better bourbon that has been aged six years or more,” says Michael Veach, bourbon historian and author of “Kentucky Bourbon Whiskey: An American Heritage” (University Press of Kentucky). “Bourbon producers were caught with their pants down a decade ago,” says Veach. “They never expected this boom, so they’re playing a lot of catch-up.”

Max L. Shapira, President of Heaven Hill Brands (makers of Elijah Craig, Evan Williams and Henry McKenna whiskeys, among others), met me in his office, hung with pictures of forbears. Shapira still marvels at the current scenario.  “This bourbon explosion is really unprecedented. I don’t believe anyone in the industry thought this comeback was possible—certainly not at the levels we have seen.” 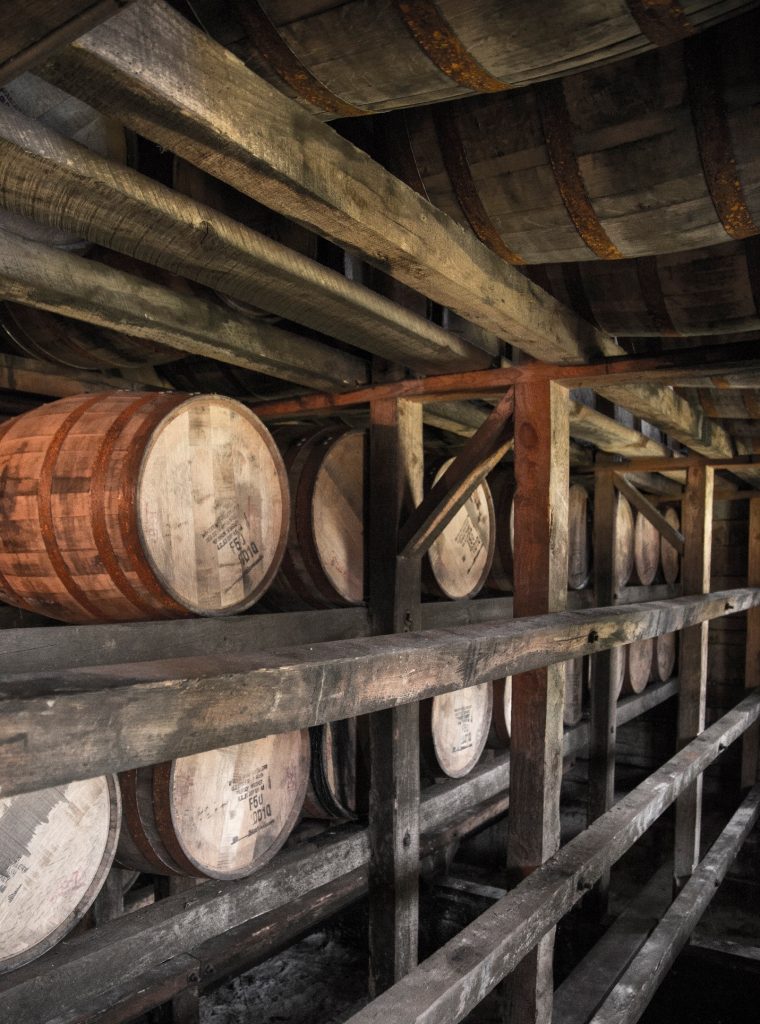 There are only so many barrels/Photo: Monica Kass Rogers

With only a few barrels to allocate, Shapira says relationships between bars and producers matter, “hugely.”

What does that mean for you? Bars that have taken the time to cultivate relationships with makers have more private barrel selections and more specifically allocated whiskeys like Heaven Hill’s Parker’s Heritage collection, and, Buffalo Trace’s Elmer T. Lee, Rock Hill Farms, Van Winkle and Antique collections.

In addition to Big Star, Longman & Eagle and Delilah’s, some other good Chicago bourbon sources include the Twisted Spoke, Berkshire Room, The Fountainhead and Sable.

It’s hard to predict when supplies will even out. But bourbon’s American roots and four-years-or-longer production realities appeal to a younger, hipper demographic, which should continue to stoke demand.

“There’s been a cultural shift to be more interested in the roots of our music, food and now spirits,” says Lebec. “A lot of people who started with craft beers now ask, ‘What else can I drink that has those roots?’  Bourbon is that drink.”