by Brian Hieggelke
October 9, 2015Filed under: 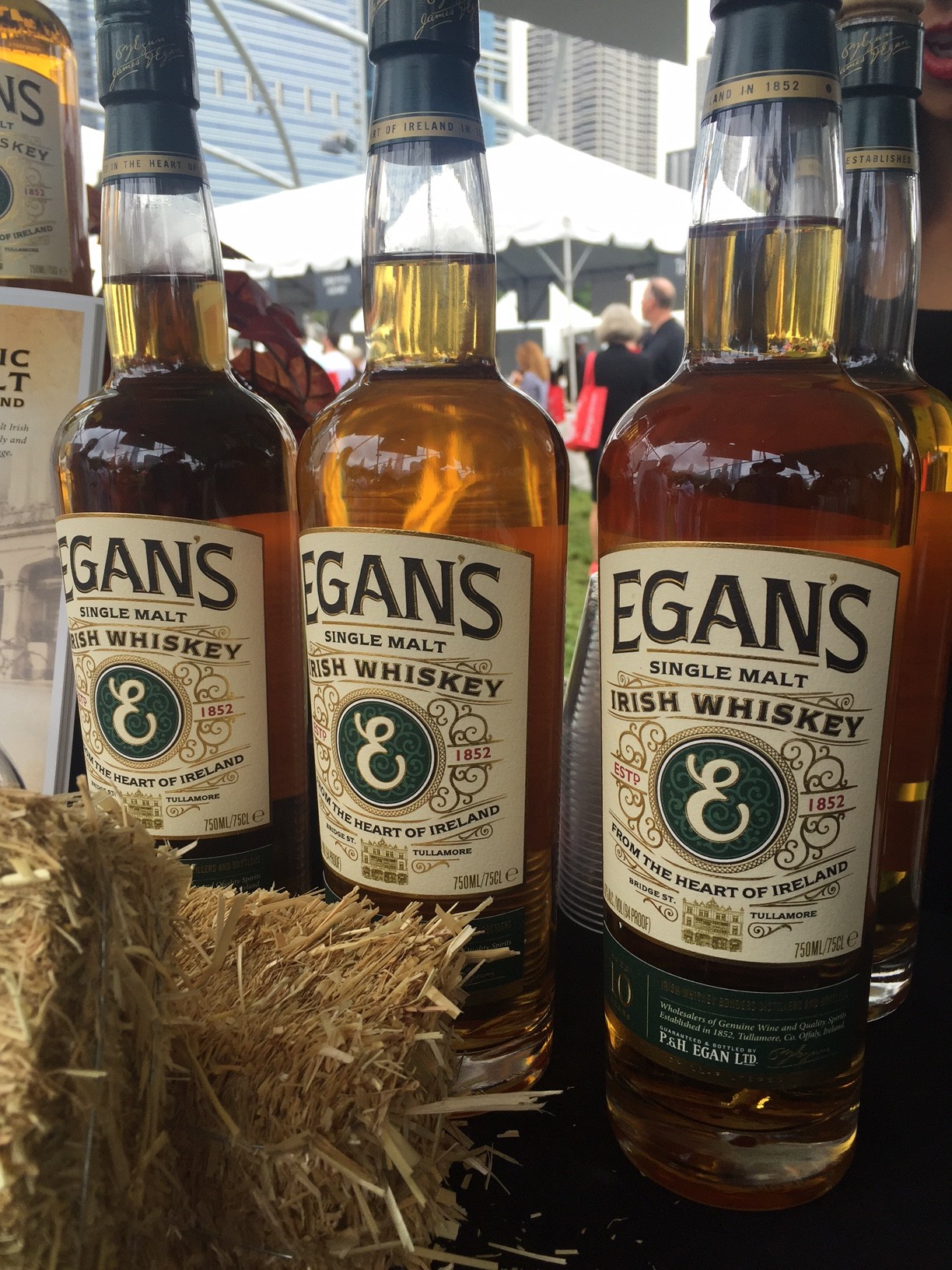 Chicago Gourmet, the Bon Appétit-sponsored food/beverage extravaganza hosted in Millennium Park for the past seven years, has been a stage for mega-chefs, many from Chicago. This year, CG showcased local heroes like Rick Bayless, Tony Mantuano and Gale Gand, all names familiar to anyone who’s had a bite or drink in this city over the past decade  or so.

Chicago Gourmet is, however, also a launching pad for new products from everywhere.

According to a recent issue of Food & Beverage magazine, “Irish whiskey is currently the fastest growing premium liquor category in the world.”

But Egan’s Irish Whiskey is not your grandfather’s Old Bushmills, though it may actually be Egan’s grandfather’s: Egan’s have been working in the Irish whiskey business for over a century and a half, some at Bushmills.

We’ve enjoyed our share of Bushmills, Jameson and other brown Hibernian spirits. Our first sip of Egan’s seemed both cleaner and deeper than any of those. The clear, multi-dimensional taste delivered by Egan’s is maybe due to its single-malt provenance, or the fact that it’s produced in pot-stills, aged ten years in oak, or non-chill filtered.

Whatever the reason, this is truly exceptional Irish Whiskey. You want to drink it. (David Hammond)