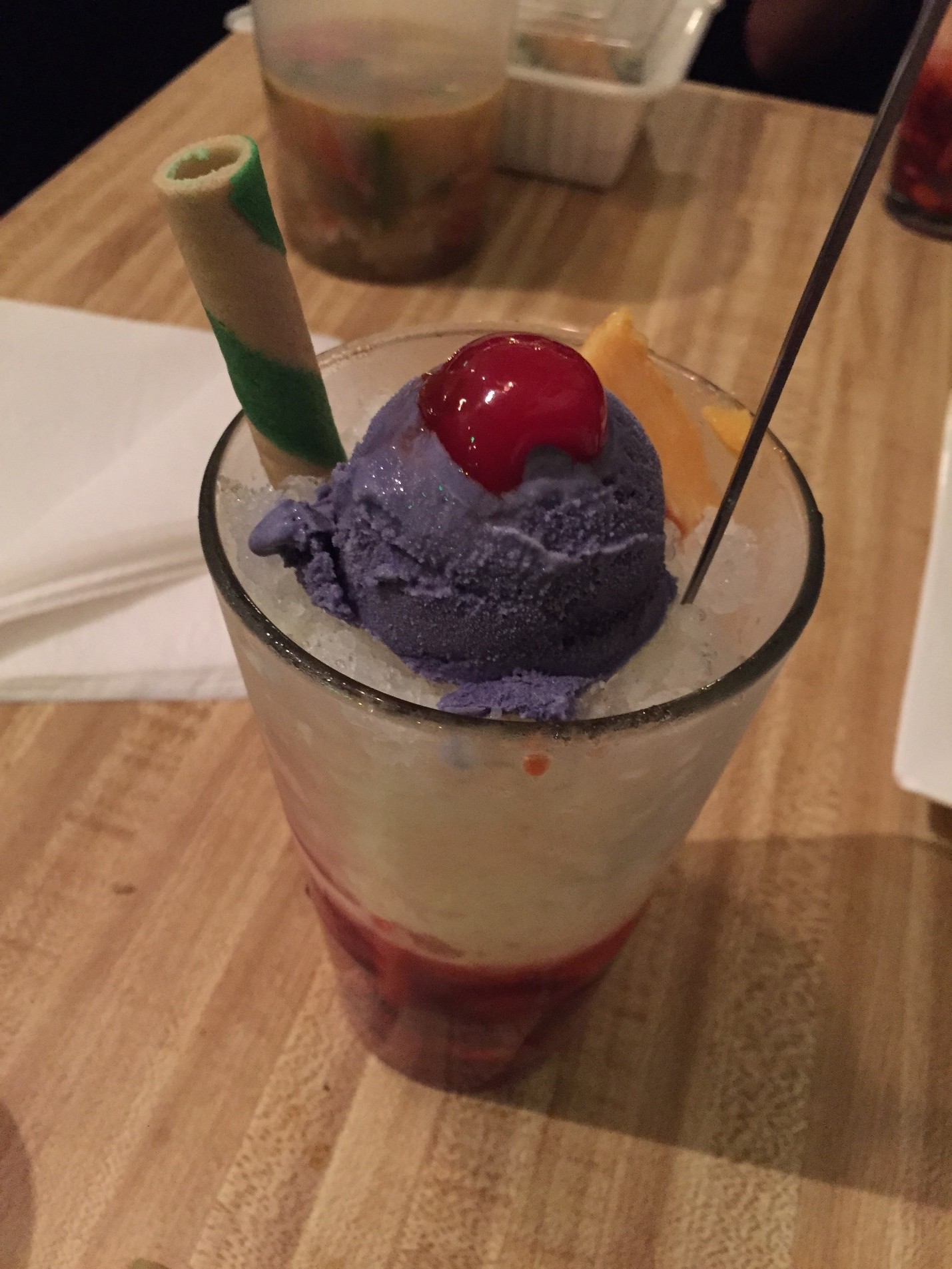 Ray Espiritu, owner of Chicago’s Isla Pilipina, places a halo halo in front of me.

“It’s the kitchen sink of Filipino desserts,” he explains. A Filipino food virgin, I’m a little nervous to dig in, so I swirl my spoon around the cup of yam ice cream, flan, evaporated milk, coconut gel, red and white beans, crushed ice and a cherry, mixing the layers until they merge purple.

“It’s different right? It’s like hugging strangers,” Espiritu says. He’s right. Halo halo tastes unusual, but at the same time comforting and refreshing. Smooth and chewy, tart and cookie-like, the drink defies categorization, as does much of the cuisine of the Philippines. The country is comprised of more than seven thousand islands, each with regional dishes and techniques; it was occupied by Spain for almost four hundred years, but it also reveals American, Chinese, and Japanese culinary influences.

“It refuses to be defined,” says Sarahlynn Pablo, founder of Filipino Kitchen, a Filipino food/culture blog.

October marks the fourth annual Filipino Heritage Month, a celebration of Filipino history and culture in the U.S. In Chicago—which has one of the largest Filipino populations in the U.S.—Filipinos are raising awareness for their hard-to-pin-down cuisine, which is often under-the-radar.

Pablo has recently presented a history of Filipino food for the Culinary Historians of Chicago, explaining, “We’re all trying to crack this code of how can we really break through. People are doing it, but what’s our sushi? Is it sinigang? Is it adobo?”

In October, sophisticated Sunda in River North serves modern takes on classic Filipino dishes. “I always knew it was weird that there were no Filipino restaurants that were celebrated by the mainstream,” says Billy Dec, who opened Sunda six years ago. Used to be, only Filipinos knew where to find the Filipino places “in mom and pop-y corners of the city.”

Half-Filipino, Dec grew up on his grandmother’s siopao, steamed dumplings stuffed with shrimp, garlic and vegetables. As a kid, Dec wanted to fit in and “have pizza bagels like at my friend’s house.” After graduating from college, he began craving food he grew up on, so he and partner Arturo Gomez came up with Sunda, which they wanted to be equal parts Japanese, Chinese and Southeast Asian—a new restaurant category serving high-end Filipino food. With eighty percent of the kitchen staff Filipino, Sunda, Pablo says, “is the open secret Filipino restaurant.”

“We take items we grew up on and modernize them,” Dec says, “so they have the highest potential of being appealing without selling out.” 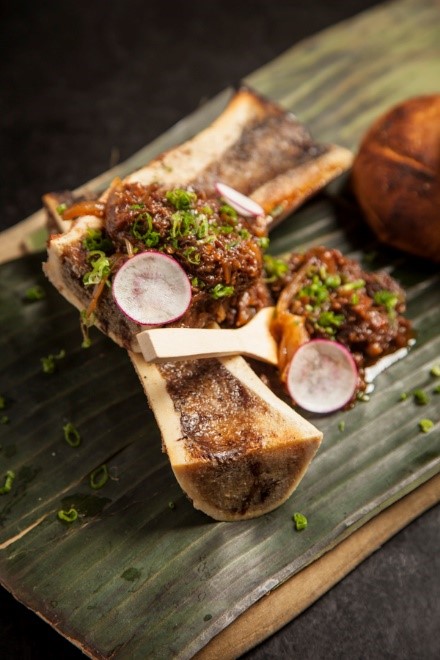 Further north, Isla Pilipina is a tiny BYOB in a strip mall, serving traditional Filipino food in what looks like a more typical mom-and-pop shop. Eye-catching artwork from a Filipino artist hangs from the walls, Bob Marley twangs from the restaurant’s Spotify playlist, and a shelf in the corner displays Filipino comic books.

Isla’s owner, Espiritu, a lanky thirty-two-year-old with tats and spiky hair, took over the space that used to house his parents’ buffet-style restaurant. After attending the School of the Art Institute, he transformed the place into a hip neighborhood spot popular in and beyond the Filipino community. “We’re just really big fans of the cuisine,” says Espiritu.

Like Espiritu, other young chefs are embracing and experimenting with the food of their childhood, according to Kristine Subido, a Filipino chef who founded Pecking Order.

At the beginning of this year, Sunda’s Dec told “Good Morning America” that Filipino food was one of the year’s top three emerging food trends. The Emmy-award-winner, who just hosted the first Celebration of Filipino American History Month at the White House, said that while in the past, Filipino food has been left indefinable and not as celebrated as Thai or Korean food, it is now ready to go the mainstream.

“It really has legs,” Dec says. “It goes far with people familiar with Chinese and Spanish cuisines, and there’s also diversity to be explored for the more aggressive who want to find the unfound.”