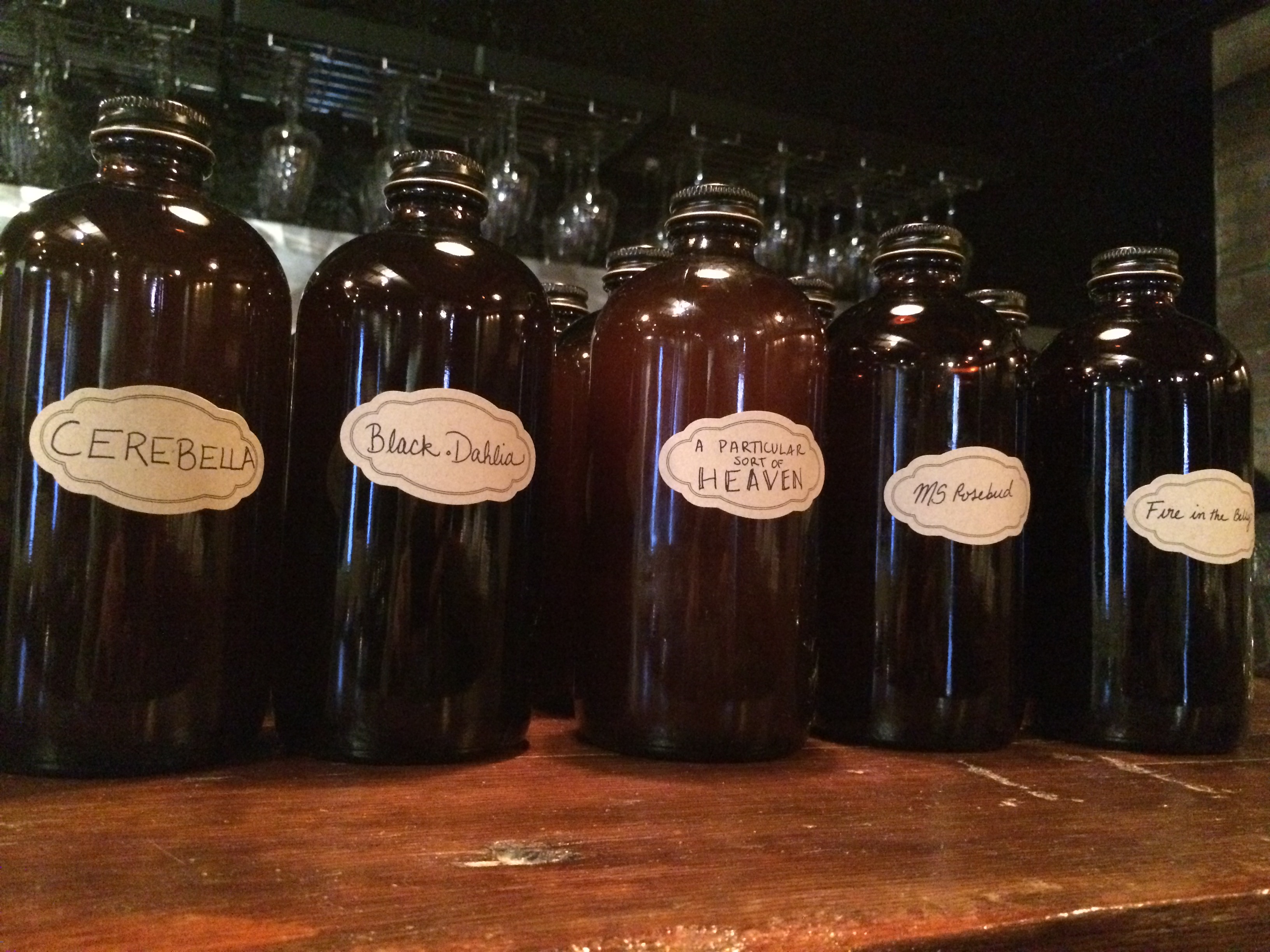 Would you have the nerve to mix these on your own?/Photo: Adam Seger

More than just the traditional bartender, the mixologist is a crafter of recipes, a purveyor of liquefied bliss who mixes up sometimes arcane ingredients to please us with innovative flavor combinations. The craft of mixology remains a mystery for most, an enigma stirred into a paradox, served in a double Old Fashioned glass.

“It is about letting people be their own mixologist,” says Adam Seger, a veteran of the craft who has spent his career developing cocktails that challenge standards. From working directly with chefs and involving the kitchen in the bar program, to sourcing unusual ingredients for his recipes, Seger is a pioneer in the craft cocktail revolution.

It was through that latter endeavor that Rare Botanical Bitters came about. Seger partnered with Rodrick Markus, whose Rare Tea Cellar is highly regarded throughout the food community as a source for hard-to-find ingredients and unique tea blends. Markus and Seger, his customer of twelve years, decided to work together to create syrups, shrubs and other beverage components using the highest-quality teas, sweeteners, and botanicals.

Initially, they intended to sell their product to full bars that didn’t have an in-house mixologist. However, a unique opportunity arose in the form of newly opened The Cotton Duck (941 North Damen), a combination art gallery and restaurant. In the gallery, pieces curated by partner Cecilia Lanyon inform the direction of a menu developed by chef-partner Dominic Zumpano. The Cotton Duck is BYOB, so guests are invited to prepare their own alcohol, and Seger saw a chance to enhance the usual wine-and-beer mindset of those who bring their own booze to dinner. Seger had worked on the cocktail program with Lanyon and Zumpano at the recently shuttered PM Prime; the concept for The Cotton Duck resonated with him.

Seeking the same artistic inspiration as the chef, Seger used the first art installation, a series entitled “The Girls” by artist Renee McGinnis, to guide the development of five “spirit-free” cocktails.

The cocktails are premixed and sold in single glasses or by the bottle; you just add liquor to prepare up to five drinks. Housemade soda using products from Rare Botanical Bitters are also available. Both the bottled mixtures and the sodas are listed on the menu, along with recommended spirits to suggest possible directions for the fledgling mixologist.

“Adam does the cocktail program at the Art Institute, so it was a perfect match,” said Lanyon of the collaboration. “People tend to think of galleries as white-walled, stuffy, and not interactive—we wanted people to be interacting and playing with their drinks and food.”

“We wanted to take advantage of a craft cocktail experience,” explains Seger, “at a BYOB.”

Another influential player in Chicago’s cocktail scene is also looking toward making mixology a DIY initiative. The Violet Hour (1520 North Damen), winner of the 2015 James Beard Award for Outstanding Bar Program, has always placed a huge emphasis on making their own syrups and bitters. That craft is now being bottled and sold for at-home use.

The first mixture available for purchase, dubbed Batch #1, is a bitter demerara with Tahitian vanilla, wormwood-bittered cane sugar and gentian herbs. Batch #1 has flavors akin to a classic Old Fashioned, but managing partner Eden Laurin doesn’t want the syrup to be limited to just that. “It’s great in non-alcoholic drinks and even on ice cream,” she said. “We’re trying to create an alternative to the traditional idea of mixology.” Currently available at the Violet Hour, Batch #1 will soon move to other outlets; consumers will be guided in its use with suggestions and recipe cards on their website. 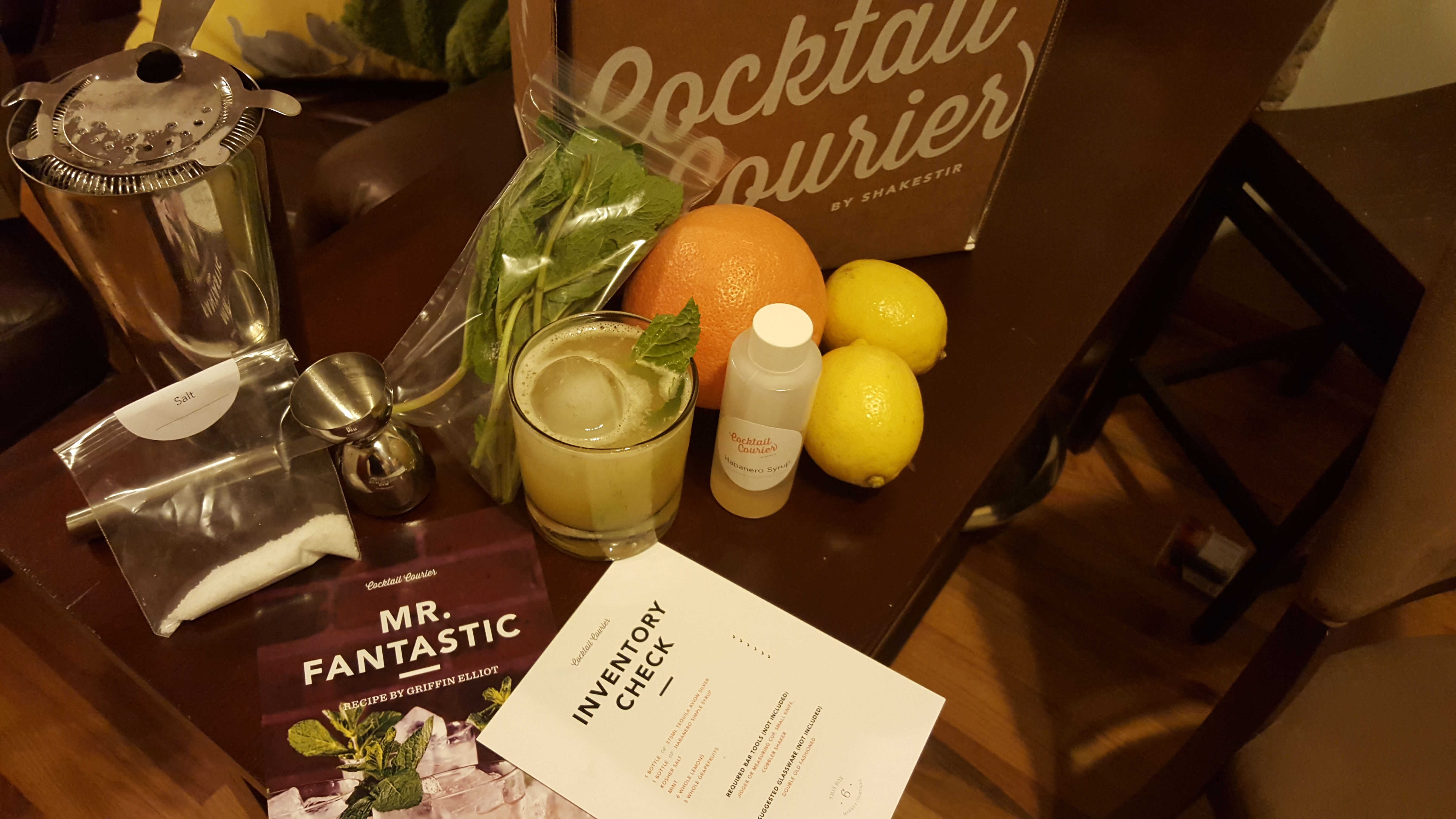 For ambitious amateurs who want to be more hands-on, Cocktail Courier is the next step. This home-delivery service brings right to your door with all the ingredients needed to recreate a recipe from a local mixologist, including the alcohol. While some more complex items, such as flavored syrups, come premade, proper mixing is left entirely in the consumer’s hands.

Cocktail Courier was born of that same desire to pull back the curtain and share the best in cocktails to be had outside of a bar. Cocktail Courier sends out boxes with enough ingredients to make four-to-eight drinks. Purchased as a one-off or as part of a subscription, Cocktail Courier invites the home cocktalian to become part of the creation process.

Finding the right flavor combinations for a transcendent cocktail experience lies in the hands of professionals—and for a good reason—but the DIY cocktail trend offers customers a chance to feel some ownership in their beverage and perhaps a little more understanding and appreciation of the complex ways—and undeniable pleasures—of mixology.