Ina Pinkney weaves together life stories and cooking instructions in “Ina’s Kitchen: Memories and Recipes from the Breakfast Queen,” deftly illustrating and dramatizing the importance of shared food moments. Pinkney built a reputation for sharp yet homey service and comfort food in Chicago. Her three establishments—Dessert Kitchen, Ina’s Kitchen and Ina’s—drew loyal Chicago customers over three-and-a-half generations. When the time came to close Ina’s for good, however, Pinkney found she still had more to share.

Finding a place to keep her recipes alive was important, but it wasn’t all Pinkney wanted to do. “If I wrote just a cookbook, it would get lost on the shelves,” she says. She was ready to be more than just a brand; she wanted to introduce people to the sometimes larger-than-life person behind the public face of the Breakfast Queen.

“People had questions, and I desperately wanted to tell my story,” she explains. So Pinkney penned her book as a combined memoir and cookbook. Originally self-published and titled “Taste Memories: Recipes for Life and Breakfast,” her book alternated between recipes long treasured by her customers and the stories from Pinkney’s life that inspired them. Now in its retitled release in paperback, Pinkney looks to share her memories with more than just her former customers.

Recollections in “Ina’s Kitchen” delve deep into the important role her family played in her development. Pinkney recounts a cherished night with her father, going on a late-night mission for ice cream. From her paternal grandfather, a man she never met but felt deeply connected to, she shares an important life lesson: Never discount yourself. Her love for her family is profoundly felt throughout the stories she shares. “I wanted to honor my family with these stories,” she explains, “because they saved me.”

Ina Pinkney’s life was not all pancakes and fluffy eggs. In her new book, she reveals her childhood struggle with polio, her family’s dedication to her treatment and the lingering influence of the disease on her life. She also shares the tension she experienced with her parents over her decision to marry Bill Pinkney, an African-American sailor, during a time when mixed-race relationships were not always accepted.

When asked how it felt to share these more difficult pieces of her life story, Pinkney admits that it was a great relief. “I never went out of my way to hide those things,” she says, “but there was no room at the table for talk of polio and such. [After closing Ina’s] it was so wonderful to write it all down and have people accept it.” Authenticity and honesty are important to Pinkney, and she lays out those values in her candid memories.

Besides revealing parts of her past that she rarely spoke of, Pinkney also aimed to create something familiar for her loyal customers. “Ina’s Kitchen” was designed with the same aesthetic vision as her restaurant, with an emphasis on the pages being comfortable, inviting and easy to read and understand.

Even the photos of her food came not from a studio but from Pinkney’s very own kitchen. Photographer Stephen Hamilton set up on the second floor of Ina’s; the kitchen made two of every order that came in during the course of service, and Ina sent one of each order upstairs to be photographed. This resulted in forty dishes being shot over just two days, but she would have it no other way: “It had to be my food, coming out of my kitchen, just like it did every day.” 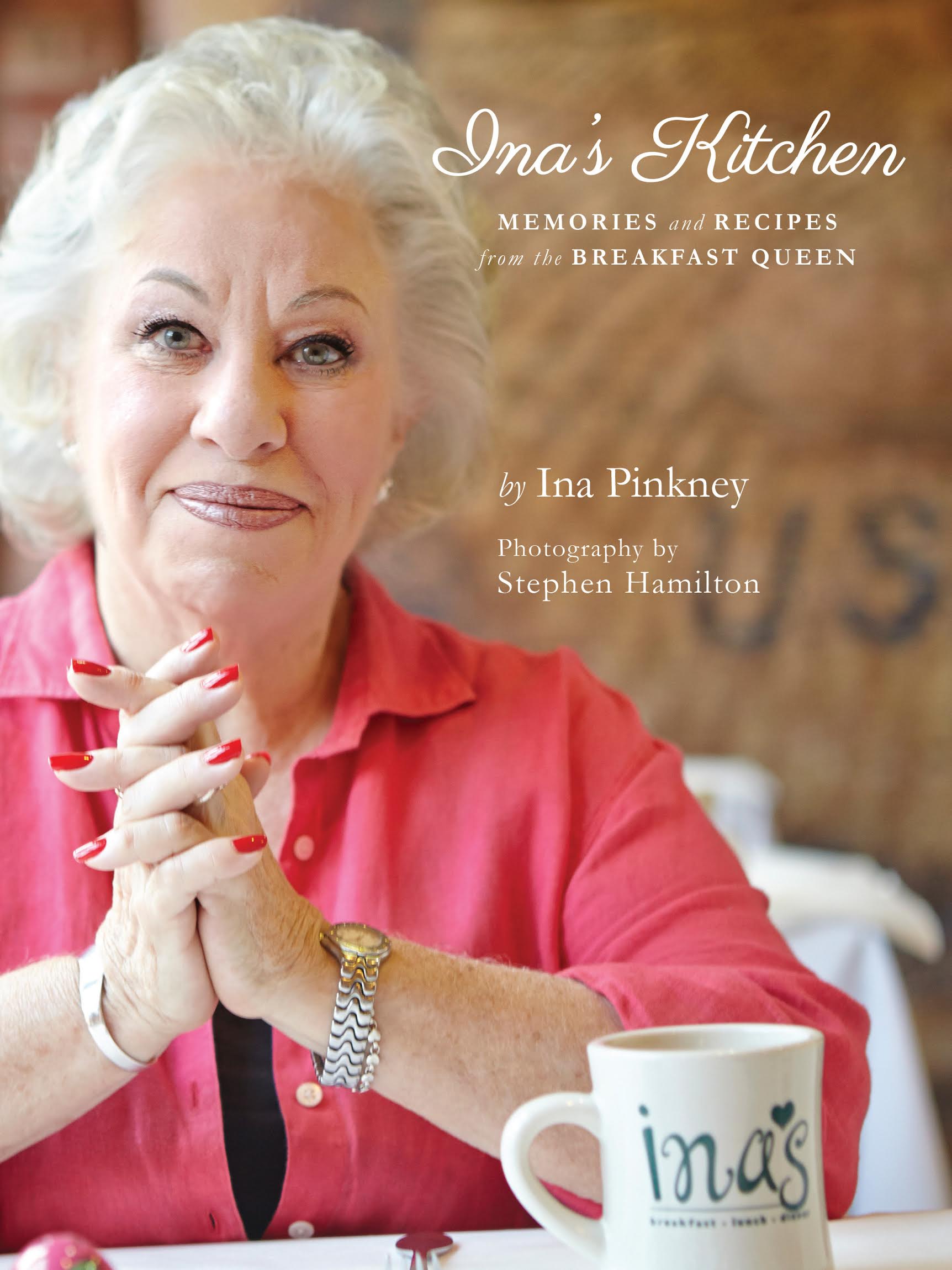 While she is no longer serving up beloved breakfast dishes, Pinkney continues to keep busy and continue her story. A documentary of the final days of Ina’s is making the film circuit, she participates in many speaking events and she’s writing a column for the “Chicago Tribune.” If she could add a final story to her book, Pinkney says, “I would end it by saying the road you are on isn’t necessarily the one you’ll end up on. I thought I would fade away after closing Ina’s. I had no idea my life would get so big and so rewarding.”

For both those long familiar with Pinkney and her restaurants and those first encountering her, “Ina’s Kitchen: Memories and Recipes from the Breakfast Queen” is a warm and inviting look into an iconic Chicago chef. Breakfast is a meal closely associated with family and comfort, and nobody makes you feel more at home than Ina Pinkney.