by Brian Hieggelke
January 6, 2016Filed under:

For years, local boy Ernest Hemingway held court at the corner bar stool in Havana’s famed El Floridita. He’d order what became his namesake drink: a daiquiri with grapefruit juice and maraschino cherry liqueur. Cozy up to a stool at Sparrow, a new rum-focused bar in the Gold Coast, and you, too, can get a taste of Hemingway’s favorite drink. It’s called El Floridita No. 3.

In early December, the team behind The Betty and Bangers & Lace opened Sparrow, a narrow space designed to look like an old hotel lobby bar, but with a tropical twist. The drink menu features the oft-forgotten classic cocktails of Cuba, developed during the Prohibition era when many out-of-work American bartenders flocked ninety four miles south of Key West.

Though rum has declined in popularity, it’s experiencing a comeback, driven in part by the Tiki craze. “Rum,” as Sparrow’s beverage director Peter Vestinos says, “has finally had its year.” 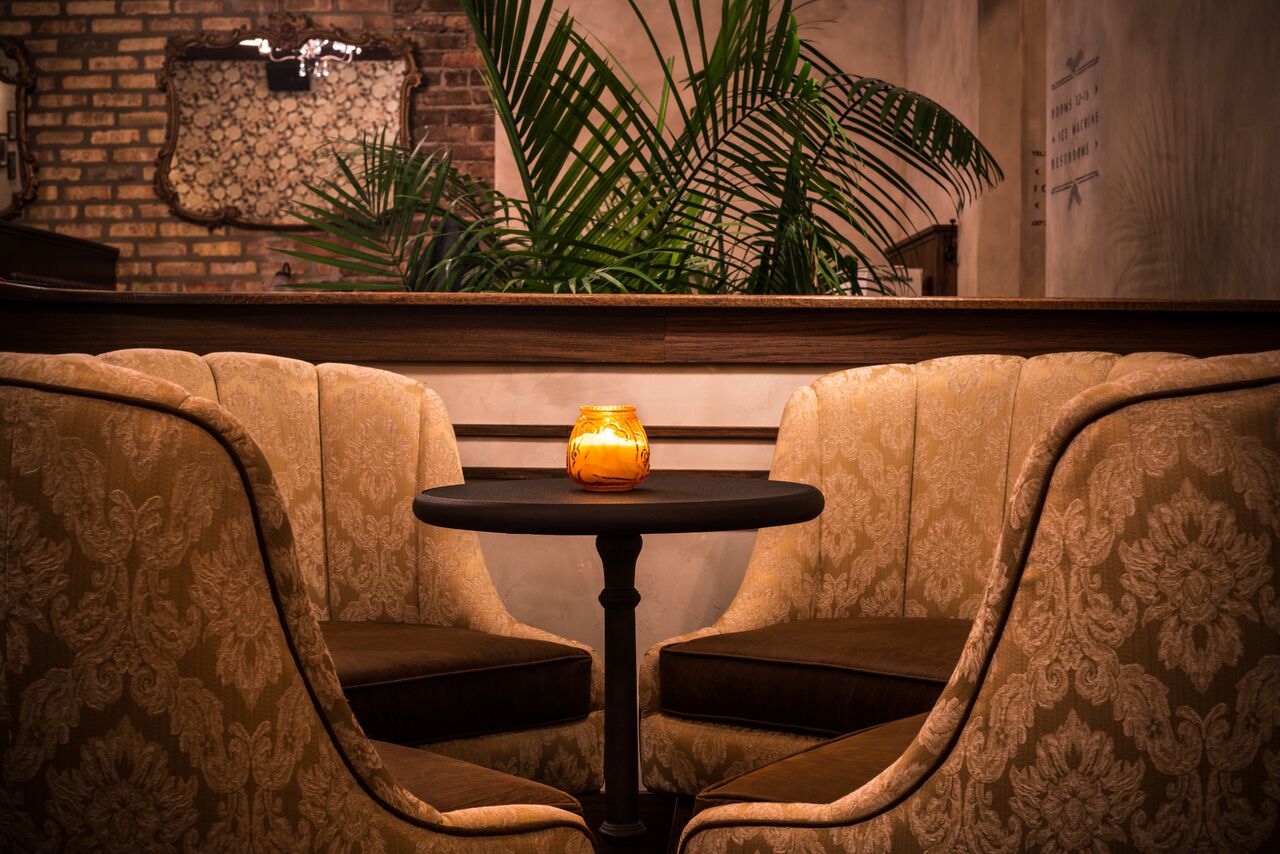 Vestinos had been gunning to do a rum program for a while. He spent last year working with the West Indies Rum and Spirits Producers’ Association, traveling through the Caribbean sampling rum and educating Americans about this indigenous American liquor. With the recent opening of Cuba, the timing seemed right for a rum concept. The partners at Footman Hospitality agreed; they found space in an eighty-eight-year-old apartment building with a bar. After researching the history of the bar, Sparrow’s design team decided to model the space after old hotel lobby bars, which, coincidentally, is where Vestinos says great cocktailing in the U.S. got its start.

Sparrow sports a marble, wood-paneled bar, a board of dangling hotel keys, an old phone booth, and fake doors with room numbers on them. The yellowish light, palm fronds and custom-plastered walls add to the hotel-in-Havana vibe.

A wood-paneled letter board above the bar lists Sparrow’s “Icy Drinks,” many of which are mixed with an impressive range of global rums. La Floridita uses a three-year-aged white rum from Panama; the drink Hotel Nacional takes rum from Barbados that’s been infused with pineapple fruit and husks. Vestinos hopes to add a Tennessee rum soon.

“My whole picture for this is icy drinks, lots of crushed ice, drinks that sparkle,” he says.

Vestinos spent months researching Cuba’s classic cocktails, and he’s become fascinated by the way people used to describe the textures of these drinks.

“A lot of people don’t describe cocktails in these terms anymore,” he says. “I wanted to develop a mouthfeel or texture.” He says the La Floridita has a certain “snap” to it, while Hotel Nacional has a nice “roundness.”

Many customers, Vestinos says, aren’t aware that rum can have a variety of flavors, adding “I think people may have had bad experiences with Captain Morgan over the years. They assume rum is sweet, but it can be beautiful, dry, almost whiskey.”

At Sparrow, misperceptions of rum fade when you sip new and classic renditions of cocktails featuring this centuries-old American spirit. (Rosemary Lane)