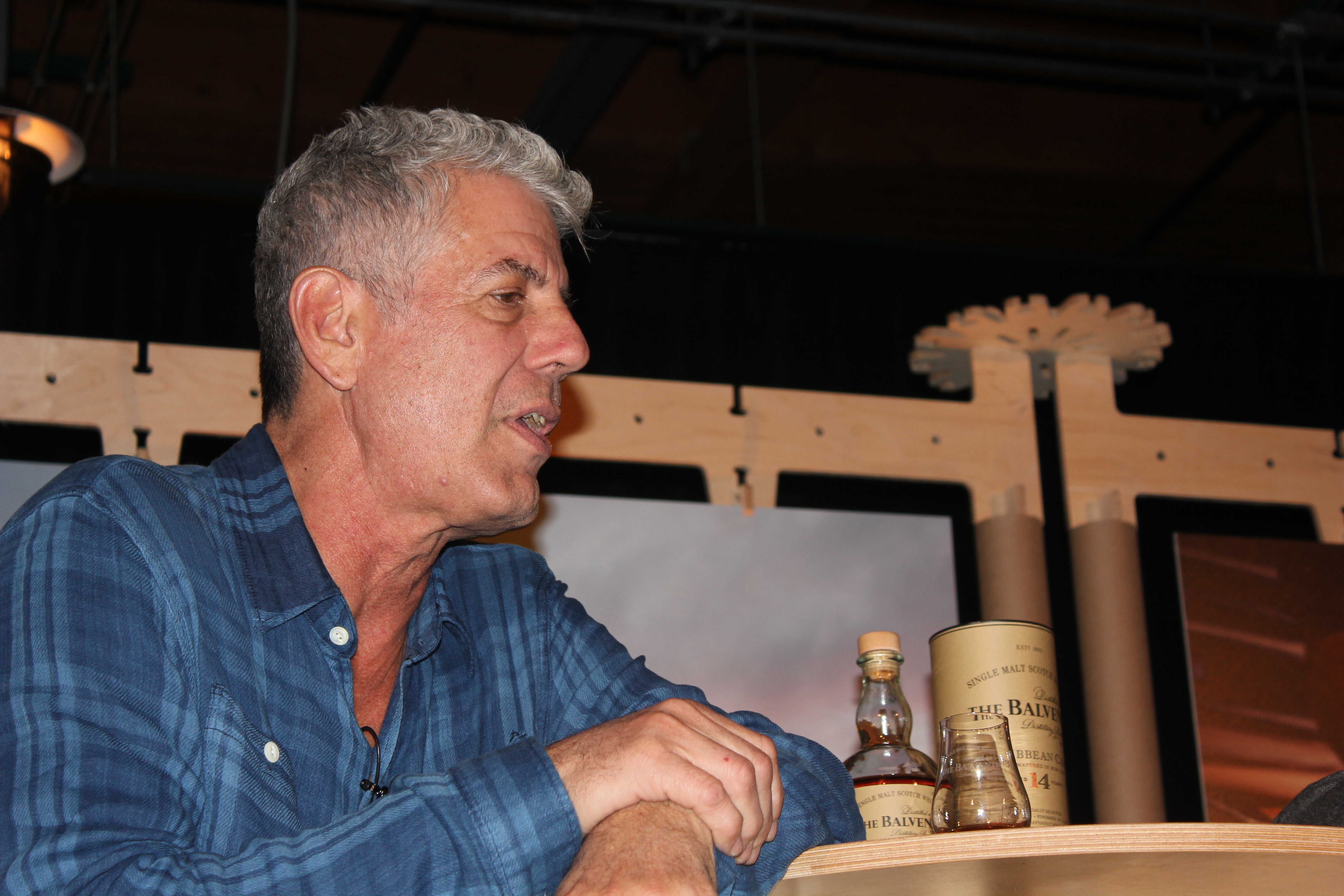 At an event in early December sponsored by Balvenie Rare Craft Collection, Anthony Bourdain (who curates the collection) and I sat down to talk. He is a very smart and articulate man. Turns out, he also has a good heart and, as you know, a colorful vocabulary.

You have a young daughter, still in single digits. How are you—or are you—educating her about food?
I think it’s imperative to not educate my daughter about food. I think to try to raise a foodie is obnoxious and weird and counterproductive. My wife’s Italian from Lombardy; I’m from where I am. The food my daughter saw her parents eating was interesting and she made her own decisions from there. I was always happy to give her pasta with butter and grilled cheese if that’s what she asked for, and I’m not going to say, “C’mon honey, try this sushi.” I found that by not ever pushing food on her and letting her make her own decisions that I can turn around, and there she is eating raw oysters at age three. The other day she crawls into bed with a sandwich she made herself of like sliced supermarket white bread, leftover crème fraîche and Osetra caviar from Thanksgiving. Now, I would never try to get an eight-year-old to try to appreciate caviar; that’s just sick and annoying. But I have to say, I was pretty happy seeing her eating it. The fact is, she will come to it herself; she eats without fear or prejudice. If you tell her “Bunnies are cute, but they’re also delicious,” this is something she understood from the time she was an infant. My wife brings home Italian baby food with rabbit and horse, so when my kid asks “Can I have a pony, daddy,” I can give her a jar of that and say “Here’s your fucking pony, right here. It’s delicious.”

You have a job most food writers would kill for, but I’m wondering if there’s a downside, if any, to accepting all that adoration and traveling so much?
I miss my family, sometimes; it’s a weird life. I spend a lot of time in really nice hotel rooms, looking at fantastic vistas, absolutely alone. But I spent thirty years standing on my feet dunking French fries, cleaning squid in a hot, airless kitchen, without health insurance or any kind of financial stability at all, so… I’m pretty happy. It turned out okay.

When you’re in Chicago, where do you go to eat?
I love the Girl and the Goat; all of Stephanie’s places are great, any good Italian beef, I’m partial to Johnnie’s. Avec is terrific, Publican. At first, I did not like Alinea; I know Grant, but I did not enjoy Alinea. My wife flew out alone to eat at Alinea, saying “Man, you were really a dick about Alinea; I am going to fly out there and eat at Alinea.” She loved it. She thought it was absolutely fantastic.

I know you’re not an evangelist, but do you have a message that you hope is being communicated in your work?
Maybe particularly in these times, if I can get people to entertain the notion that people and experiences different from ours might be worth looking at. Walking in another person’s shoes might be a good thing. I’m for that. It’s a big world; we live in only part of it, and this is a world filled with awesome, interesting, thrilling things that enrich your own lives. Seeing that, and coming back to your own life having seen how different things are and how similar they are in Cambodia or Liberia, this can only enrich your own experience. When you go home and hug your own child [voice cracks just a little], having seen how other people live, having been the recipient of incredible hospitality, again and again, from people who can little afford it, from cultures very different than yours, often cultures that would be hostile to yours, that’s a deeply gratifying thing.

Isn’t it amazing how the people of Vietnam seem not to hold a grudge? They forgive us.
Oh yeah, and it’s like one Vietnamese person said to me, “That kind of resentment is a luxury we can’t afford. We’ve been fighting for 600 years, but don’t flatter yourself: we’ve always liked you, but before you there were the French, the Japanese, the Chinese, the Cambodians. We’re farmers. Don’t worry about these things. Sit down and eat.” Vietnamese are among the most hospitable and proud people, and Vietnam is now one of the most pro-American places I’ve been.

In your television programs, it’s rare that you talk about the sensory qualities of food. Why is that?
I believe very much in show-don’t-tell. I told you what’s in it, but I’m more interested in who’s making it and why and where does it come from. But to say, “It has slightly mineral-y notes or whatever,” there are other people who do that. They do it well and that’s fine. It just doesn’t interest me. I don’t want people to think I’m a critic, and I don’t enjoy food when I’m thinking about it analytically. I enjoy food when I’m experiencing it emotionally. It takes me out of the moment if I have to think about “what is this like?” It ruins the experience. I want to lose myself in the moment. 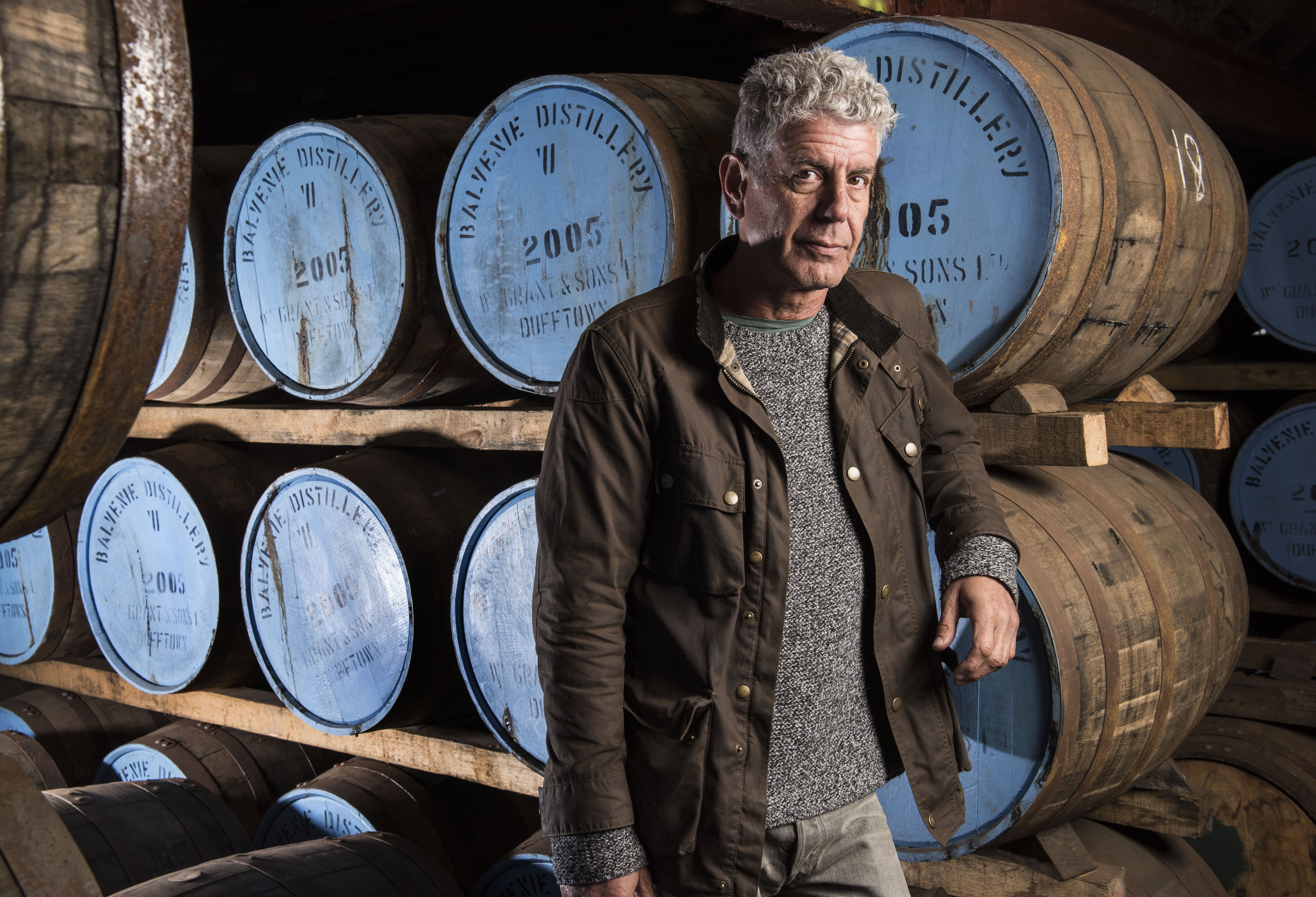 1 Comment
Inline Feedbacks
View all comments
Things I Love: The Political Edition – Curiosity and a Carry On Travel

[…] awful, this one on why we keep playing the lottery even when the odds are wayyy against us, and this interview from one of my favorite Chicago writers, David Hammond, with Anthony Bourdain. Also this stunning […]