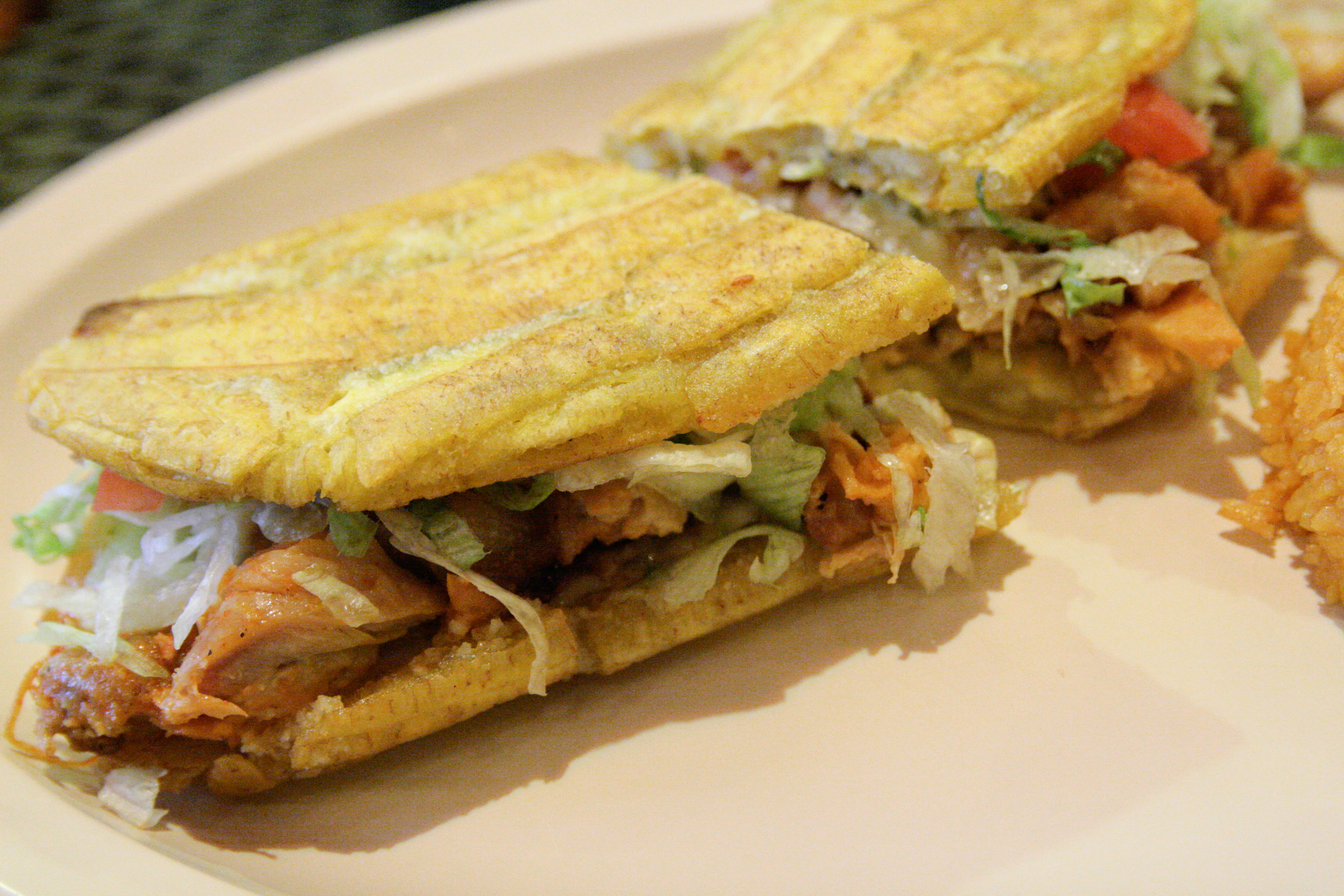 While tourists pore over reheated listicles of the “best” deep dish and hot dogs, we Chicagoans jealously guard the kung-fu secret of the Jibarito. This classic, which roughly translates to “little hillbilly,” was invented right here in Humboldt Park at El Borinquen in 1996. It’s a sandwich with meat, lettuce, tomato, garlic and mayo, all set between a pair of crispy fried planks of plantain, the banana-like fruit of the Caribbean. Just a warning: these are messy sandwiches, and your fingers inevitably get covered in a layer of garlicky oil, so don’t be shy about using a lot of napkins (the world’s going to end anyway, so might as well use all our natural resources while we’re still here).

To determine which sandwich was really the best of the best, we launched our JibaritOff by first putting on our eating pants (sounds nicer and more professional than “old sweatpants”). We then pitted two of the city’s top contenders against each other in a final battle for supremacy. We decided to judge both the steak and the chicken versions of the sandwich at each place.

Papa’s Cache Sabroso is a favorite of our readers (a lot of people chimed in on this one) plus Chicago magazine and the “Chicago’s Best” television series. The proprietors certainly throw the gauntlet down on the menu—“We dare you to find a better one.” Okay, then. It’s on.

John: The first thing you see when you enter Papa’s Cache Sabroso is a wall of glistening chickens slowly spit-roasting behind the counter. I’ll give them this, they know how to make a man in drawstring pants feel at home.

Dennis: My friends rave about Papa’s Cache Sabroso and ask me why I don’t go every week. That’s a good question. Just seeing that giant wall of spinning chicken in the back is like a poultry peepshow.

John: The issue I had was the overwhelming quantity of mayo and the overwhelming taste of garlic in it. It was too much, almost metallic tasting. I resorted to picking out the delicious meats. But that chicken was the real deal, and luckily the hot, fresh house-made green sauce served alongside delightfully blowtorched my palate back to normal.

Dennis: At Papa’s, you’d be insane not to take a crack at their chicken, since it’s the same chicken you see in the rotisserie oven behind the counter. It’s flavorful, moist and cut into chunks. The steak is thin, a little too rubbery for my preference and under-seasoned. But one tip: ask for their hot sauce. It’s complex and wholly addictive. Unlike John, I love the garlic, so don’t listen to him.

This is the sibling to the Humboldt Park original (which closed, then reopened as El Nuevo Borinquen). This sandwich sub-genre was created at the original location, which is accolade enough, and they’ve also been lauded by Esquire, the Food Network and Oprah herself (or at least one of her underpaid underlings).

Dennis: Since this version carries some street cred for being closest to the original Borinquen sandwich, you’ve got to give it some love. The soggy plantains, unfortunately, are fried to a pale shade of yellow instead of a golden brown, and they soak up a ton of grease. That being said, the steak sandwich here works really well; while the steak itself is under-seasoned (a common problem for me, I guess), an entire bite of the sandwich is even and balanced. And at El Nuevo Borinquen, the garlic is actually added to the outside of the plantains. Skip the chicken.

John: This sandwich was noticeably skinnier, and the plantains were paler, but each bite came together perfectly and, sans an avalanche of garlic, I could taste the balance of everything working together in the jibarito. I’m so happy that this sandwich was born in Chicago that I feel like a proud, greasy father. That said, I’m going to need some Greenpeace volunteers to hose me down and scrub the oil off me. It’s a bit much. 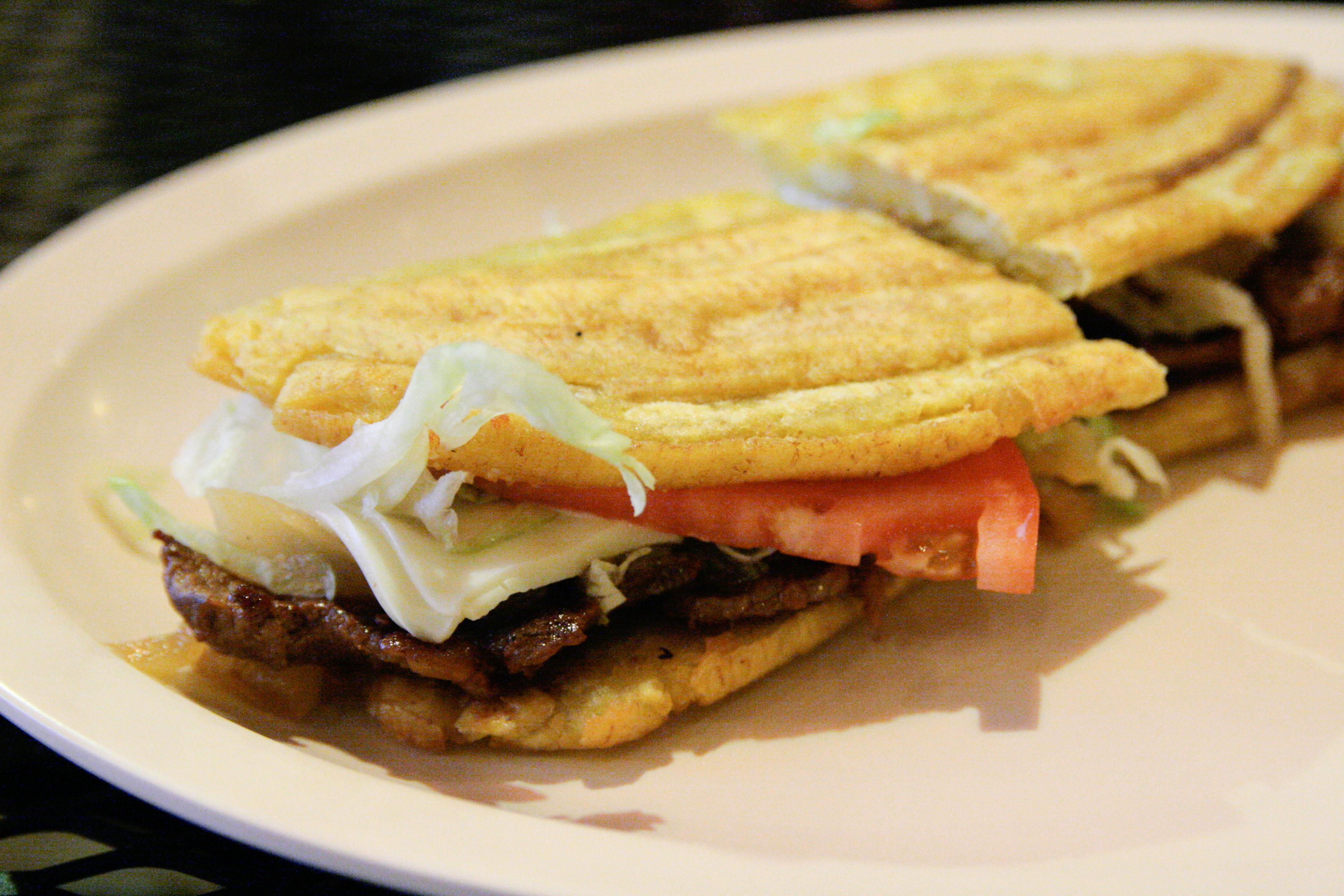 Verdict: Papa’s Cache Sabroso is best of the best

As to a verdict, our two-man jury was not, in a juridical sense, hung.

John: After much fat-guy soul searching, Papa’s Cache Sabroso gets the nod. The rations at Borinquen Lounge are perfectly balanced, but Papa’s hot sauce is something I want to bathe in, and the chicken makes me feel emotions without brown liquor, which is rare.

Dennis: I really liked my steak jibarito at Borinquen, but the plantains were just too greasy for me. Maybe I’m just a delicate flower. I’m going to have to vote for the chicken jibarito at Papa’s Cache Sabroso. And, to me, there’s no such thing as too much garlic. Maybe that’s why I’m still single.