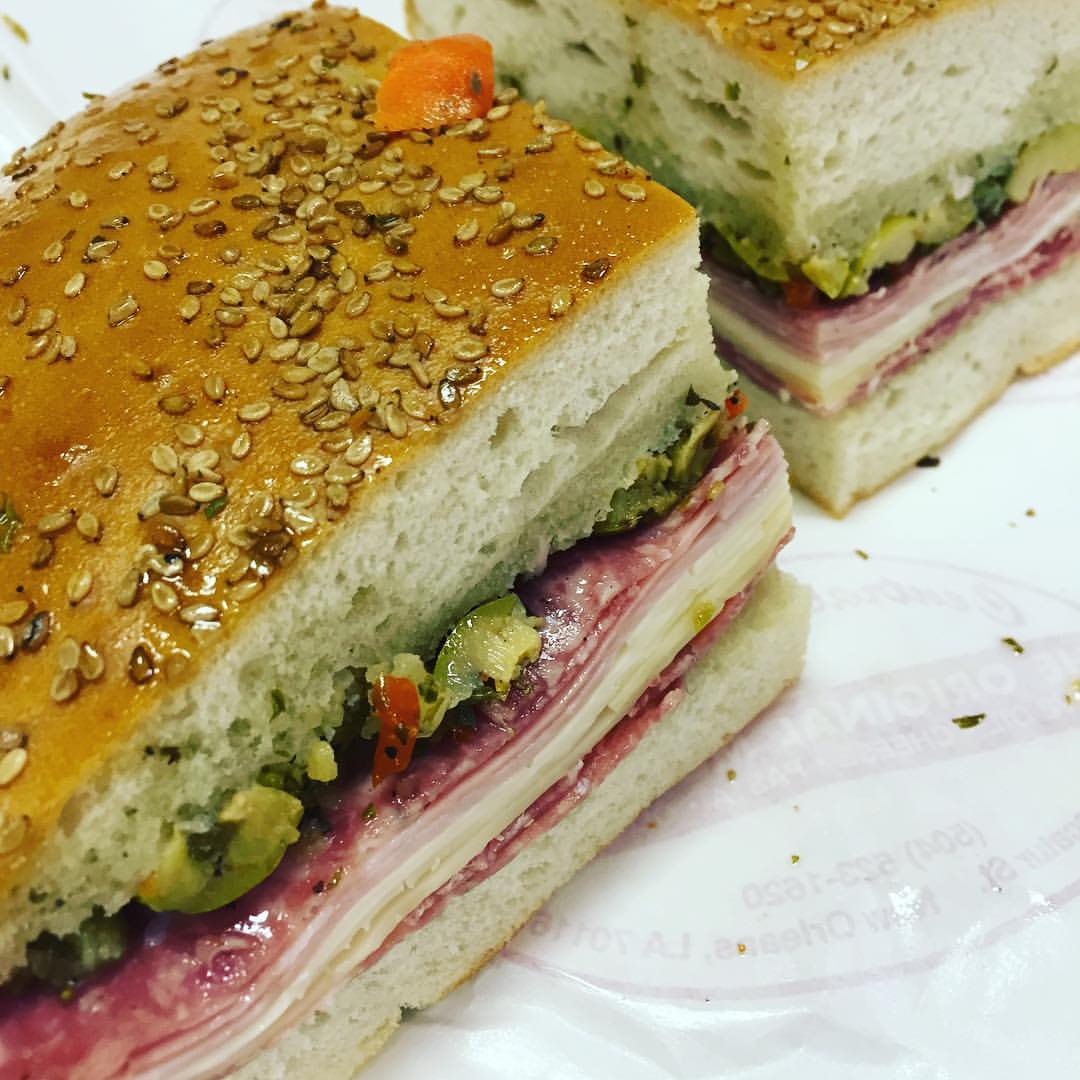 The muffuletta was created at Central Grocery in New Orleans. This classic sandwich is basically antipasti—salami, mortadella and/or ham, mozzarella and provolone with a splash of olive salad—on a round sesame seed bun.

Last weekend, I sampled two muffuletta variations in the city where it all began.

At Central Grocery, I had one of their very good sandwiches for breakfast. There’s a lot of meat and cheese on there, and the olive salad goes some way toward lightening the heaviness, but it’s all delicious and there’s something pleasing about feeling your eye-teeth sink inches into textures of bread and meat and cheese. There’s a lot going on in this sandwich; it’s a Mardi Gras in your mouth. This is the kind of sandwich that you can eat for breakfast and then not be hungry for the rest of the day. I peeked between the bread and didn’t see any ham, but I did see some mortadella; I’m fine with some variations on a theme.

To many of the orthodox, however, one variation that seems to be totally unacceptable is the toasted version of the sandwich. One website I consulted said “A true Muffuletta Sandwich must always be served at room temperature, never toasted; it is considered blasphemy to heat the sandwich.” 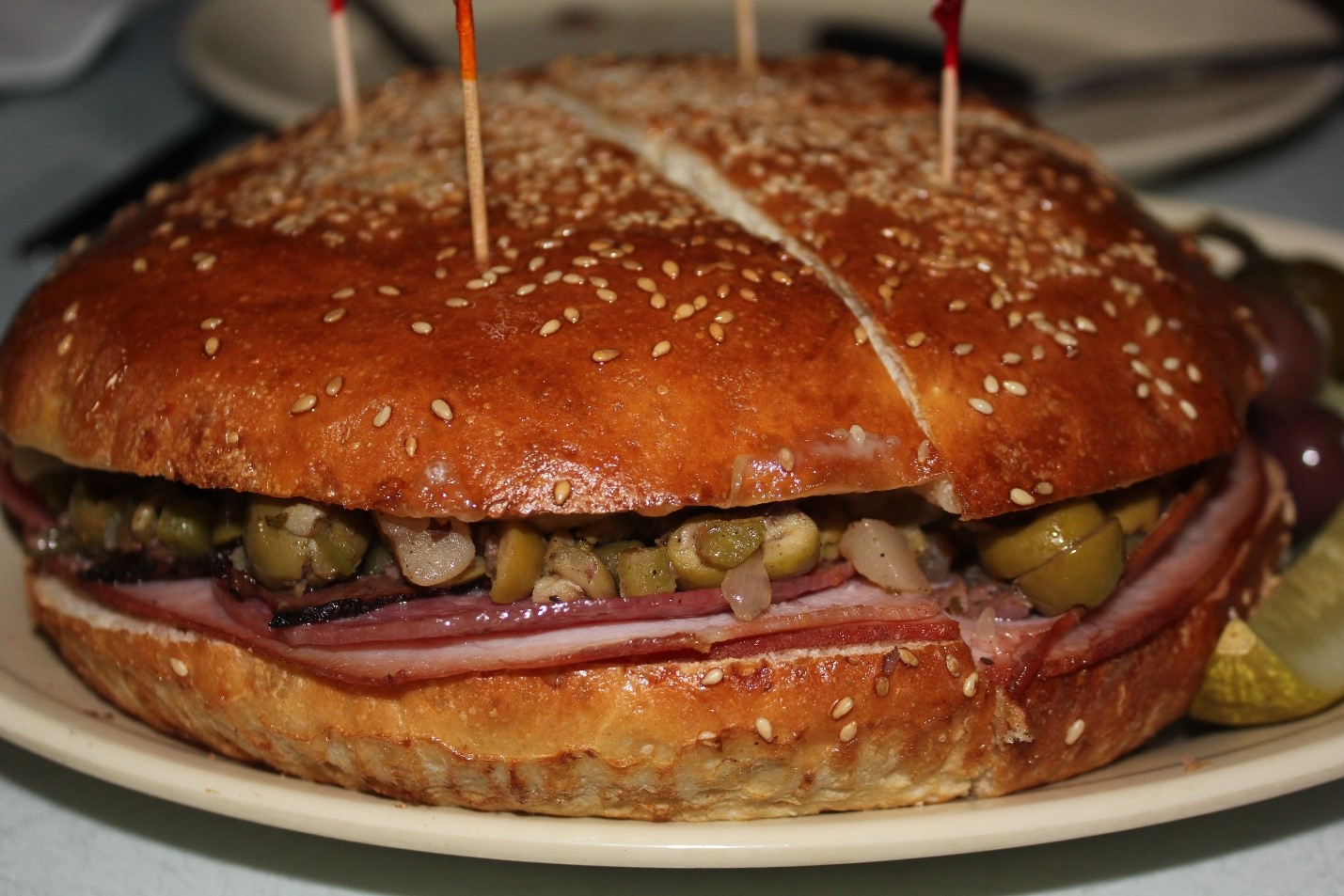 So it was with some interest that I stopped by Napoleon House, not far from Central Grocery, for another muffuletta. At Napoleon House, a two-century-old bar/restaurant (allegedly built for the exiled French Emperor), they toast their muffulettas. Got to say, I like a warm sandwich: it’s nice having the cheese kind of melty, and when the fatty meat is warmed, the flavors run together into one fistful of moist deliciousness. And the bread is crisp. Is there anyone anywhere who does not like crisp?

There is, of course, no reason why both these versions of the classic sandwich cannot be enjoyed.

You can check out the classic muffuletta at J.P. Graziano Grocery (901 West Randolph). The special bread for the sandwich has just started arriving on Monday, February 1. For $12 you can have it, untoasted, the way they serve it at Central Grocery.  This seems appropriate, as J.P. Graziano Grocery, like Central Grocery, is an old-school Italian grocery/sandwich bar where you can pick up lunch and shop for dinner ingredients along shelves stocked with dry goods. (David Hammond)