by Brian Hieggelke
February 3, 2016Filed under: 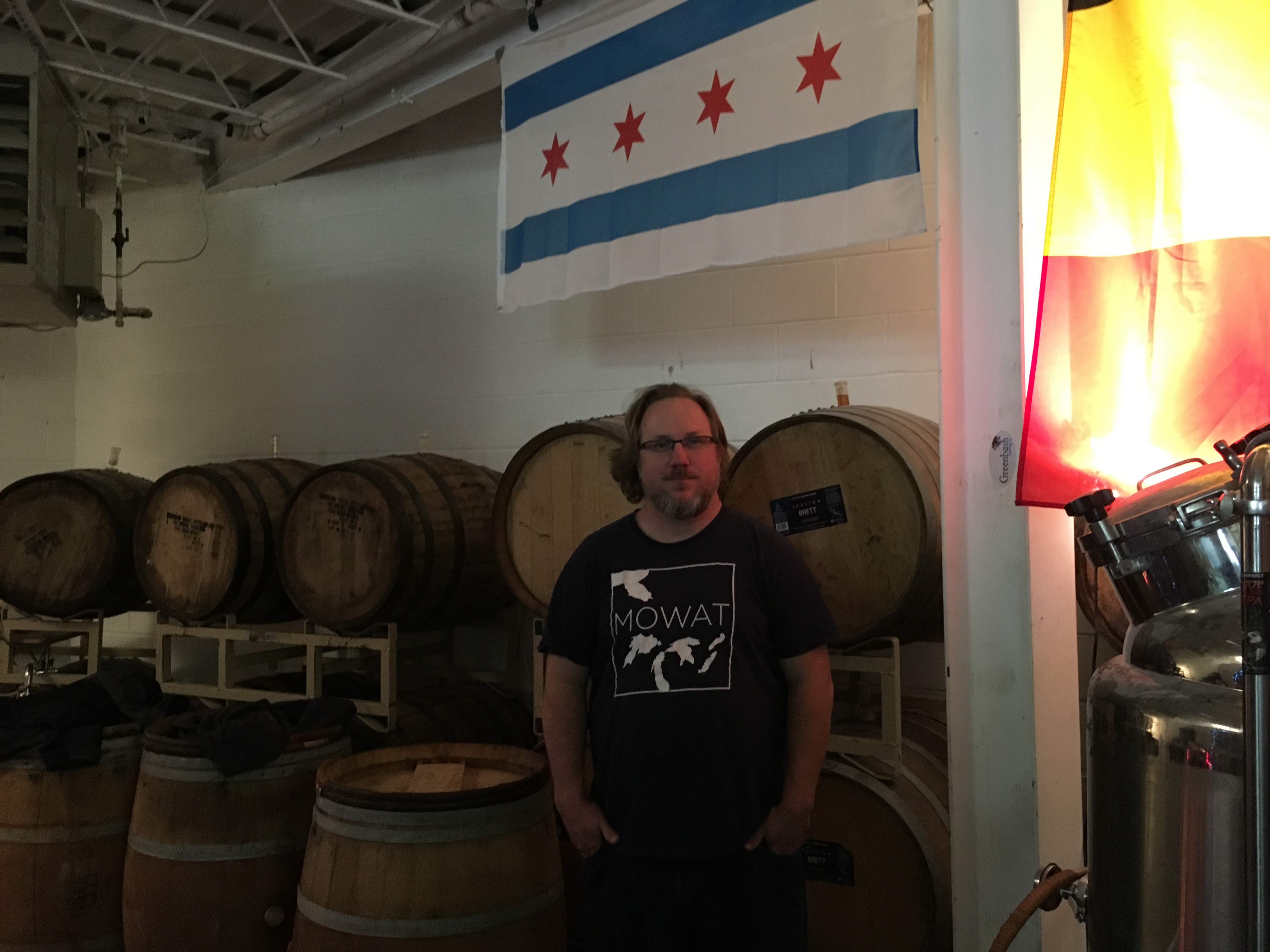 On a quiet weekday morning in early January, Clint Bautz  sat at his desk in a dimly lit alcove of the Northwest Side warehouse that’s home to the Lake Effect Brewing Company. Lake Effect, the microbrewery he co-founded four years ago, had just released one of its most successful beers yet: Supershake, a milk stout inspired by the chocolate malts at Superdawg.

It was their third collaboration with the iconic Chicago drive-in, part of what Bautz calls a “trilogy” of beers that began with Superbier (a Kölsch) and Whoopskibier (a German amber ale). Supershake, which was released in mid-December, was one of their fastest sellers yet—and perhaps a harbinger of big things to come from the up-and-coming brewing company.

“We wanted it to be symbolic of their shake,” Bautz says. “It ended up going really fast.”

Bautz had been home-brewing for six years while working as an architect in Chicago. The 2008 economic crisis inspired him to pursue his former hobby as a full-time career. “I started to reconsider things,” Bautz says.

He founded Lake Effect in 2011, setting up shop in a small warehouse in the 4800 block of West Montrose. Lake Effect produced its first beer in 2012. Bottling began the following year, and the company started to carve out a space for itself in the city’s increasingly crowded craft-brewing scene. About that competitive scene, Bautz says, “We’re obviously grappling with that, but we’ve had four years now to build recognition.”

The collaboration with Superdawg, Bautz explains, has been a great cross-promotional opportunity for both companies. Lake Effect gets to partner with one of the city’s most known and beloved hotdog stands, and Norwood Park-based Superdawg gets to extend its reach beyond the far-Northwest Side neighborhood to the craft-brew-swigging community.

The eight-percent alcohol-by-volume stout, with its rich chocolate flavor, makes for a fitting complement to a Chicago hotdog, especially when you drink the Supershake as Bautz recommends—with ice cream as part of a boozy float.

Creating the perfect pairing between Superdawgs and beers was the result of a good deal of trial and error by the Lake Effect team, which even saw them toying with celery salt and pickling spice in one early incarnation of the first beer in the trilogy. That experimentation is part of a creative process that Bautz brought with him from his past life as an architect.

“Architecture is very process-oriented,” Bautz says. “Putting together the idea, seeing it being built—it’s similar to what we do here.”

Bautz says his long term plans for the brewing company are to expand their distribution beyond Chicago to the surrounding Great Lakes region and, eventually, to open a taproom at the brewery.

For now, he’s looking forward to his company’s upcoming slate of six-packs, including a new IPA, a line of sour beers—and, of course, another run of Supershake. (Eric Lutz)