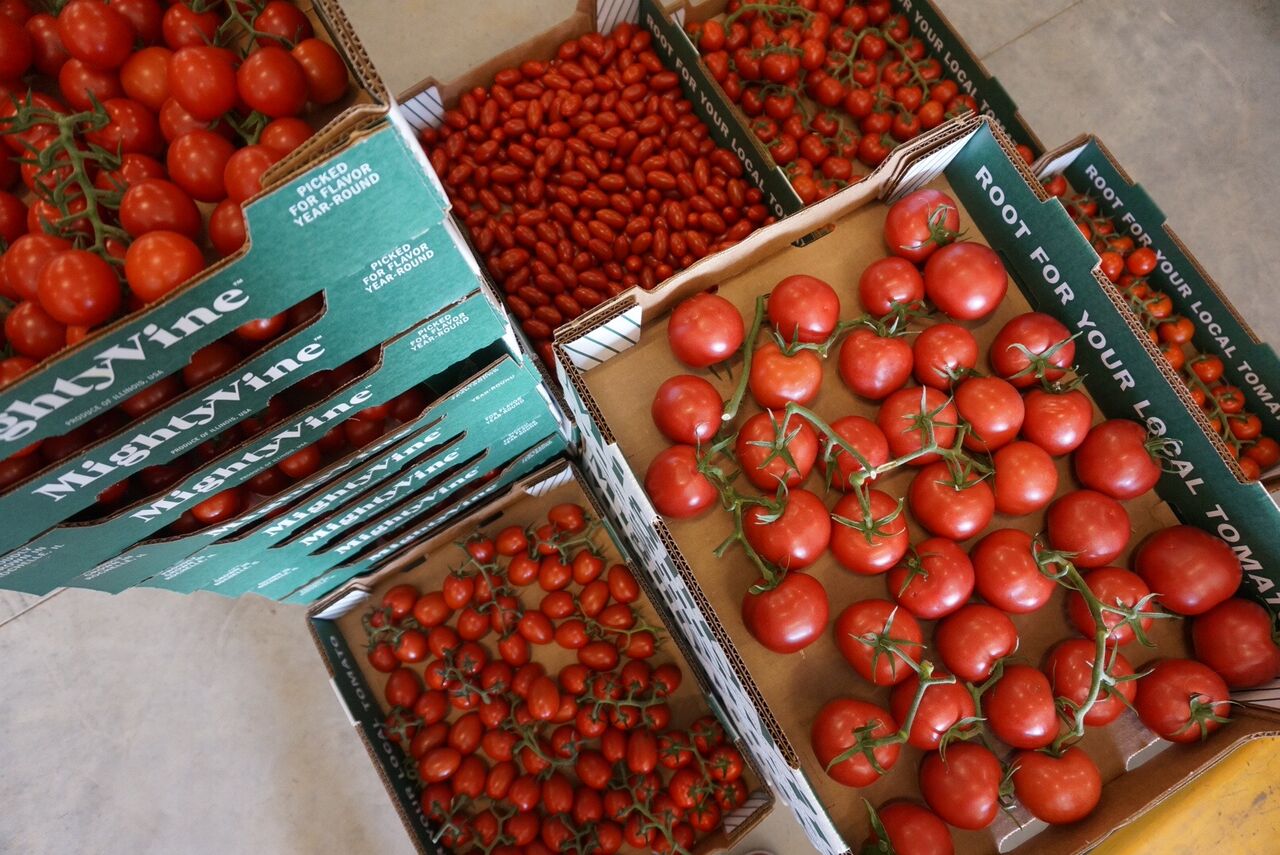 “My grandmother was Polish, old world,” remembers Lazarski. “She grew her own tomatoes in the summer. Wonderful. Everybody probably has that iconic summertime tomato memory. Though most of my adult life, working in the city, tomato was on every salad, every sandwich you order, and they’re inevitably these pale imitations of what you want tomatoes to be. And it’s not just me; it’s everybody. They say, ‘Yeah, these tomatoes suck,’ and they just peel them off their sandwich or salad and throw it out. Very wasteful. And it seemed crazy to me that you could be in a food city like Chicago and not have a delicious tomato.”

Tomatoes are one of the highest-selling items in the produce section, and Lazarski believes they’re also the ones that “suffer the most from our current food distribution system, where we grow the food in warm climates and then ship it across the country because fuel is cheap. And you can do that with peppers or lettuce without a great deal of degradation. With tomatoes, the only way to get them from Mexico to Chicago is to pick them when they’re hard and green, because they bruise so easily.”

It seemed to me that growing tomatoes year-round, through the bleakest months of winter was, I dunno, a little unnatural? To which Lazarski responded, without hesitation, “Sure, it is, but people are used to seeing them in every salad and sandwich. There’s no doubt MightyVine runs against the concept of seasonal, yet most restaurants and most people want tomatoes in the middle of winter. So our goal is to make tomatoes more delicious year round.”

We’ve tried MightyVine tomatoes, and they seem a little smaller than most. “They are a smaller, more favorable tomato,” Lazarski concedes. “Sometimes people want them bigger and the flavor has to overcome that. Do you want one big flavorless slice of watery, mealy tomato on your hamburger, or two or three more delicious slices of a smaller tomato on your hamburger? We grow for flavor.”

MightyVine is as big as seven football fields under glass. “We’re growing 4.5 million pounds of tomatoes per year using ten percent of the water that’s used for field-grown tomatoes,” says Lazarski. “We grow hydroponically and capture rainwater and snow-melt off the roof, store it in a basin and then bring it in. Our tomatoes grow as they would in nature, but instead of soil, they grow in this inert medium, a place where the roots can take purchase. We provide nutrients they’d normally get in the soil, but instead of washing those nutrients into the soil, we can recycle all of that. Tomatoes are like ninety-five percent water. To import tomatoes into the Midwest, where we have the Great Lakes, seems foolish.”

If you want to sample MightyVine tomatoes, they’re available through Local Foods and at some of Rick Bayless’ restaurants (they’re that good). (David Hammond)