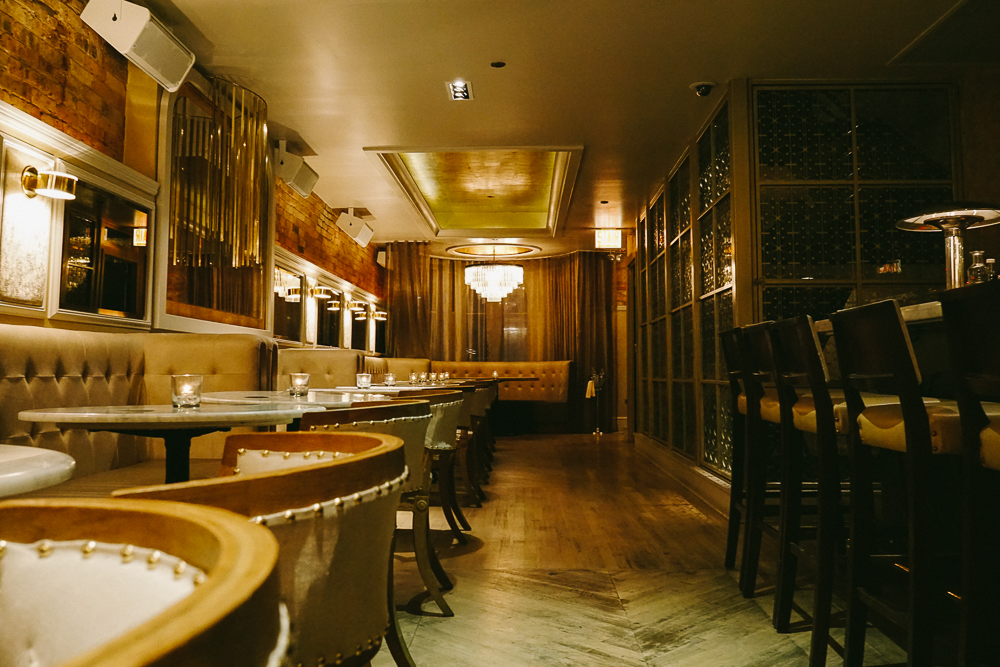 On February 14, Moto—the late Homaro Cantu’s temple/lab of molecular gastronomy—will serve its last meal. The restaurant was purchased by the Alinea Group, headed up by Nick Kokonas and Grant Achatz. Kokonas remains respectfully mum about plans for the place which, along with The Aviary, Next and iNG (also a Cantu initiative), makes four properties that they own on Randolph (by Monopoly rules, they can now buy a hotel).

Whatever the Alinea Group does with the restaurant, the legacy of “Omar” Cantu continues to be seen in the efforts of chefs all over the city who’ve passed through his kitchen. Many have shrugged off the mantle of molecular gastronomy, though the lessons learned from Cantu continue to inform their worldview.

During a filming of “Planet Green,” a television documentary about how some restaurants are working to preserve Earth’s resources, we were sitting in Moto being served, to use Omar’s phrase, “wrecked foods” that he was able to sell, he added with a smirk, “for boatloads of money.” These wrecked foods—what others throw away—included a course made of burnt bratwurst (don’t toss that charred wiener—it can be rendered kinda tasty!). We also had fries, chili and a milkshake, all made from potato skins, and a dessert created from apple cores and skin. The lesson: a chef with imagination and skill can turn what seems to be garbage into a meal fit for a gourmand. That’s the theory.

So it was with interest that one of our first dishes at Chicago’s Celeste was a beautiful presentation of fried fish skins, called Salmon Skin Chicharrones on the menu. “I get the skins from Fortune Fish,” said chef Amanda Barnes, “for pretty much the price of the gasoline it takes to bring them here.” 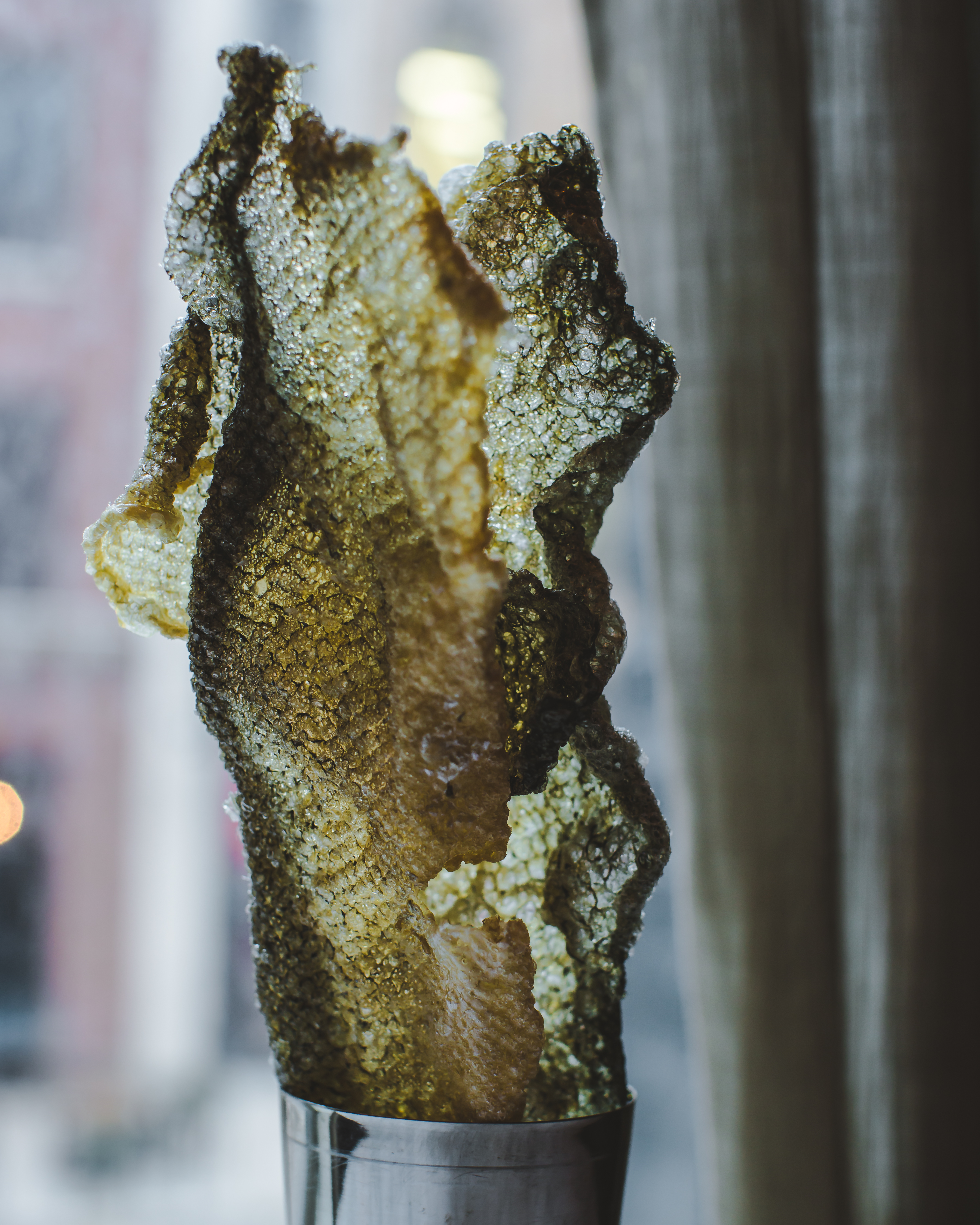 Fish skin is stuff that people usually chuck, but Barnes, who spent time in the Moto kitchen and was there the night we filmed “Planet Green,” found a way to turn these sculpturally beautiful, silvery sheets of fish into something that was as delicious as it is beautiful. This is fantastic bar food, though it doesn’t appeal to all. We saw the fish skin served to a table of young women, several of whom got very worried looks on their faces when it arrived at their table. One whispered to another, “You try it. Tell me how it is.”

In the winter of 2012, René Redzepi of Noma (“the world’s best restaurant” according to many) was in town. I had a chance to talk with him about what he calls “trash food.” According to Redzepi, “All ingredients have the same worth.” Of course, ingredients have different prices, but that’s determined by the market, and one cannot say that truffle is a more worthy ingredient than a tomato. As he explained to me, “It’s the cook’s job to make such foods equally delicious. Obviously, when you have a steak, and you put that on the grill, it’s immediate pleasure. With other ingredients, you have to work at it; you have to be more imaginative.”

Cantu was all about imaginatively changing our perspectives on food.

“Biggest thing I got from Moto,” remembers Barnes, “was looking at food differently. I come from a very French kitchen, the brigade style, and someone like Omar uses products that others don’t use and in a way that’s more like pop art. He does… I mean did… use a lot of  ‘garbage food.’ He consistently used those products and wanted us to as well.”

I felt I had to ask Barnes about what seemed to be the contradiction between cooking with perhaps more humble, usually very inexpensive “trash food” and charging “boatloads of money” for the stuff.

Of course that makes perfect sense: you can take inexpensive food, as has been done by Cantu, Redzepi and Barnes, but it’s expertise—and tech support—that adds value. In fact, it takes vastly more expertise to serve a piece of delicious trash food than it does a piece of Wagyu beef, which arrives in the kitchen with built-in deliciousness.

Salmon skin chicharrones are a perfect example of how what’s perceived as “trash” can be elevated through expertise. “Salmon skins come partially filleted so they have some fat and meat on them,” explained Barnes. “We clean off the bloodline, which is not delicious, and we put them in water and agitate until the water isn’t cloudy anymore. Then we lay them flat in the oven and dehydrate them. It’s the right thing to do, and it’s delicious. And that’s my job: to make things delicious.”