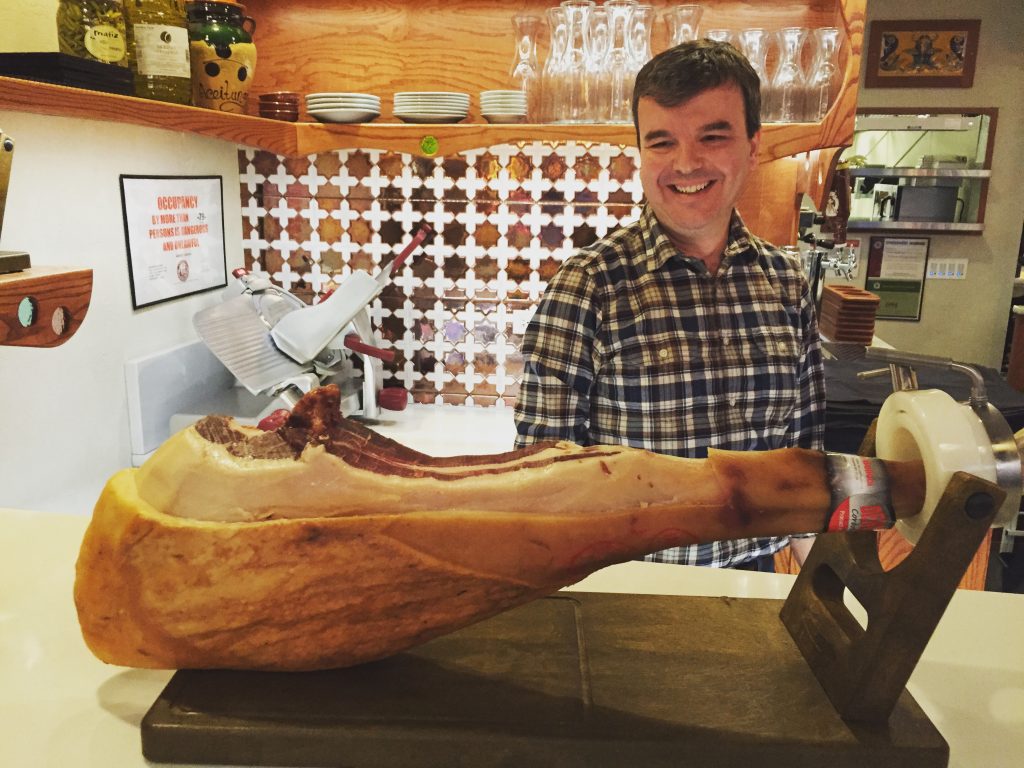 Enter the Spanish Square (1358 West Belmont), and you’ll walk into a love story that began in—where else?—Spain. Mara Baer and Manuel Moreno, owners of this new restaurant/tapas bar/market in Lakeview, met seven years ago in southern Spain. Mara was teaching English at a local high school. One night, her friends brought her to a housewarming party at Manuel’s, a native who lived above the city’s main plaza.

Post-party, the two kept running into each other in the plaza. They’d go out at 4pm, stay out sometimes till 4am, and at some point, Manuel would serve Mara his country’s Manchego cheese and jamón Ibérico, the aged back leg of an acorn-fed Iberian pig.

“He won me over with the jamón,” Mara says.

Fast forward to 2016, and the couple has a two-week-old baby and a month-old restaurant that recreates the plaza atmosphere where they fell in love and carries all their favorite products from Spain—including plenty of jamón. Their restaurant’s slogan is fitting: “Nos vemos en la plaza” (We’ll see you at the square).

“In Spain everyone goes to the plaza. We want to be that in the Southport Corridor,” Mara says. Manuel agrees: “In Spain, when I go to the plaza, I can go alone, but I’m sure I’m going to find people there.”

Their idea for Spanish Square began years ago, in Chicago, when Manuel was visiting America for the first time. “I went to the deli case, and I thought this looked very sad,” Manuel says. “I couldn’t find chorizo, caña de lomo (cured pork loin) and I told Mara maybe one day we move here we can open something like that.”

They spent three years coming up with the concept, deciding to fill their future space with high-quality goods—the best of Spain—that were almost impossible to find in the States, like caña de lomo or Mara’s favorite lemon soda. 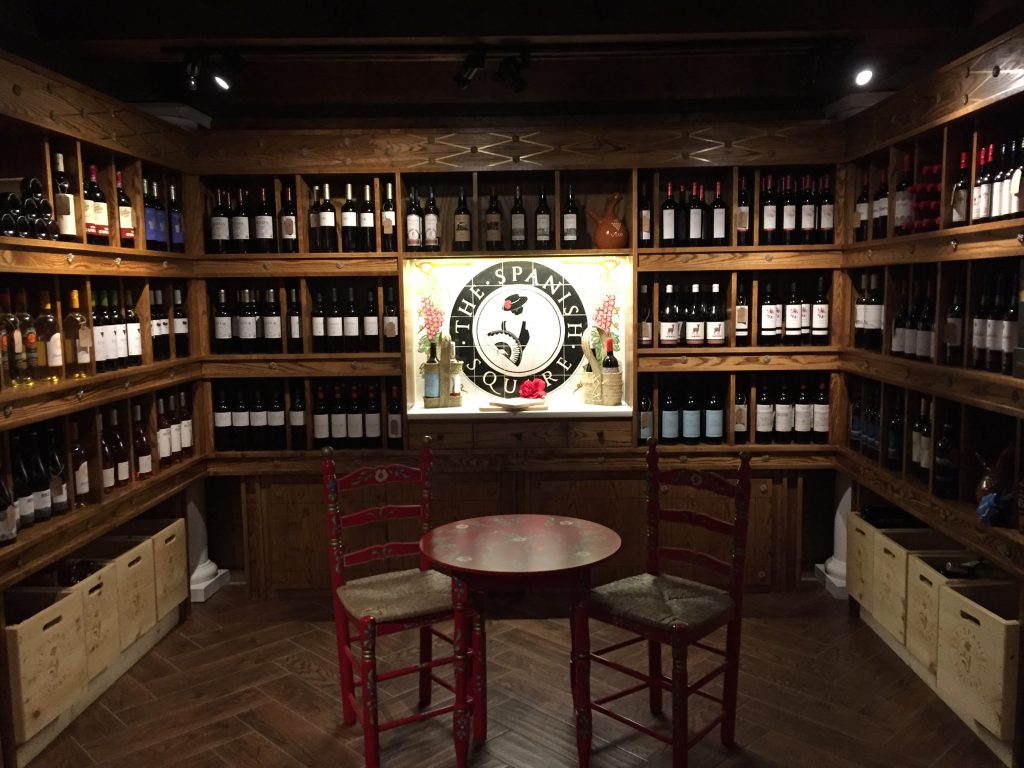 Spanish Square also houses a wine cellar full of low- to high-priced wines, liquors and sherries (included especially because Sanlúcar is part of the Sherry Triangle, a southwestern region of Spain known for its wine.) The restaurant serves Manuel’s mother’s recipes, as well as hot and cold tapas.

The rest of the restaurant is a family affair too—Mara’s father made the restaurant’s tables in his woodworking studio in northern Wisconsin, her brother works at the restaurant and her sister is the accountant.

“A lot of love has gone into this place,” she said.

A big part of Manuel and Mara’s goal for Spanish Square is education: helping Chicagoans learn more about Spain’s food and culture. On Friday mornings, Manuel and Mara they read Spanish children’s books to neighborhood kids. Once a week they host wine or beer tastings and flamenco shows. And someday, Manuel will teach a class on how to carve a jamón. (Rosemary Lane)