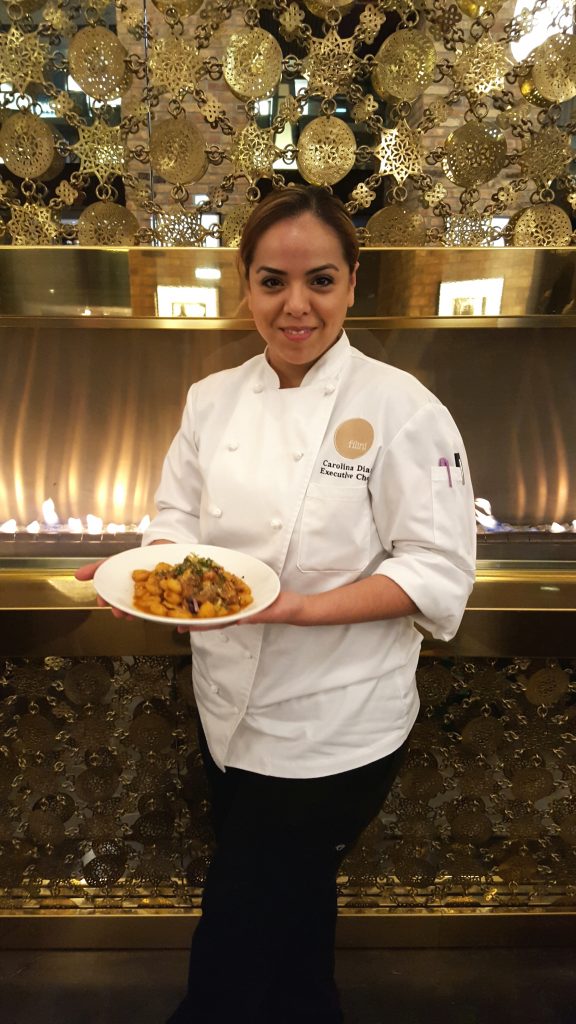 When you go out to a restaurant, you’re hoping to get a taste of the best the kitchen has to offer. A menu can be a mystery, so why not go straight to the source? Chef Carolina Diaz of Filini Bar & Restaurant tells us a little about herself… and what she recommends you try from her menu.

Diaz started cooking at a young age, mostly out of necessity. In a family of six, someone had to make dinner, and that usually fell to Diaz and her sister. It wasn’t until later in life that cooking began to have an allure of its own. The Food Network was on the rise with its chef-focused shows; the stars made cooking look “so glamorous,” Diaz says. She was hooked. She dropped out of her psychology studies and enrolled in culinary school. 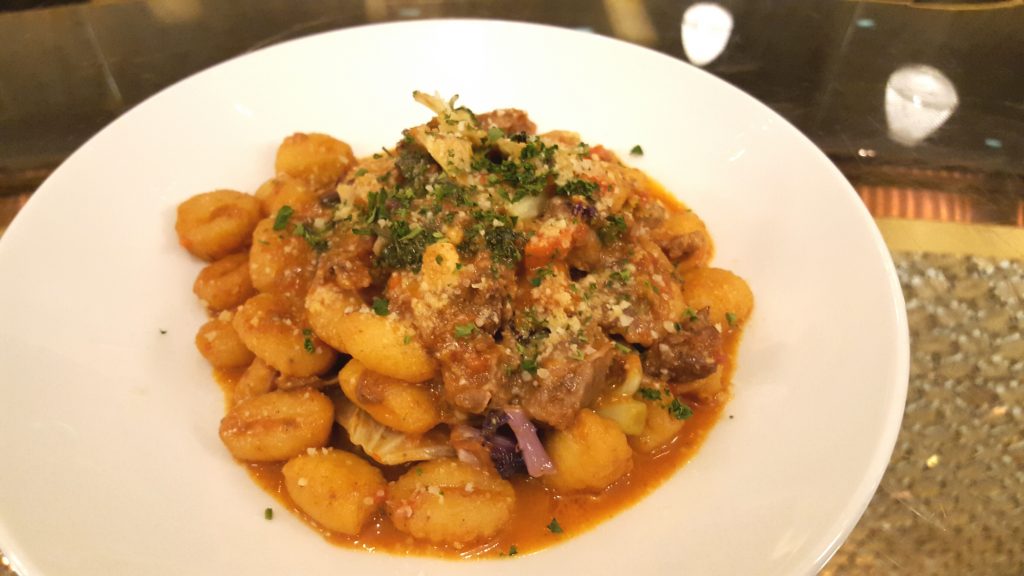 It didn’t take her long to realize that the real restaurant world was nothing like the fantasy of the Food Network. She was determined to be “a badass in the kitchen,” however, and she focused first on honing her skills. She put in her dues working for free at a Chinese restaurant, chopping duck after duck with a butcher knife bigger than her arm. She rose through the ranks of the kitchen, taking notes from Bill Kim of Urbanbelly and Filini’s opening chef, Christian Fantoni.

It wasn’t until she returned to Filini after Fantoni’s departure that she began appreciating the guests’ side of the restaurant equation. Perhaps by virtue of being part of a hotel, Filini had a culture of caring for the diners. That link between what she cooked and who was eating it rounded out her philosophy of food, and it deepened her passion. Says Diaz, “it’s about making connections with guests.”

Now leading a kitchen filled with like-minded cooks, Diaz says the realm of cooking has evolved. Instead of the militaristic, chef-is-always-right culture, Diaz fosters a more collaborative atmosphere that acknowledges the creativity young and eager cooks want to display. Many dishes that find their way onto the menu are the result of a team effort. “It’s like a game of Telephone,” Chef Diaz explains. “We’ll just be playing around, passing an idea around and come out with something super awesome.” Her favorite dish on the menu was born from this creative process.

The Chef Recommends… The Gnocchi with Braised Pork Cheek and Kale
On her current menu, Diaz selects her recommendation from among Filini’s housemade pastas. Making the rich, chewy gnocchi is not her favorite task, she admits, but the potato pasta, perfectly ridged and dented, is worth the effort. The pork cheek is braised simply with red wine and veggies until it’s falling-apart tender. That braising sauce is then mixed into the housemade tomato sauce, adding depth to every bite and drawing flavors together.

The result is a savory, rustic and filling dish, perfect for the cold, gloomy winter days. Add a glass of red wine and Diaz promises it will leave you feeling warm and cozy. (Lauren Knight)